SXSW Interview: Kelley Kali and Angelique Molina are Fine (Thanks For Asking)

How a can-do attitude enabled a rapid pandemic production 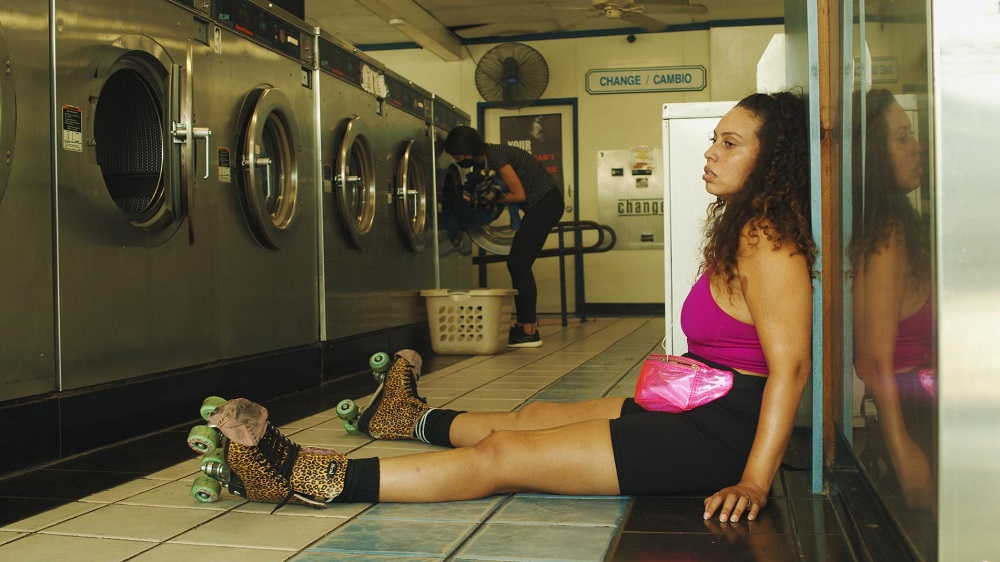 No one who saw I’m Fine (Thanks for Asking) at this year’s SXSW should be shocked if it becomes the quintessential film people point to in the future to explain the hell that was 2020, 2021, and… hopefully not much more than that.

In the award-winning narrative feature (read our review here), recently-widowed Danny rollerskates through Los Angeles braiding hair and delivering fast food, desperate to make enough for a down payment on a new apartment. Her husband’s death wrecked her finances and, unbeknownst to her friends, she and her young daughter are living in a tent on the side of the road. Eight-year-old Wes doesn’t realize that they’ve become houseless — Danny has presented their predicament as a too-long “camping trip” — but as things get more dire, the lie threatens to erupt.

The pandemic is a subtle constant in I’m Fine (Thanks for Asking). The characters (sometimes) wear masks inside, and everyone has something to say about how “money is tight right now,” though the dialogue resists ever using the words “COVID-19.” The film was a massive challenge both creatively and logistically, but writer-directors Angelique Molina and Kelley Kali (who also played Danny and won SXSW Special Jury Recognition for Multi-hyphenate Storyteller) are chipper about it all. The Austin Chronicle spoke with them to get answers: how do you make a COVID movie?

Austin Chronicle: So first, did I read right that you funded the film with your stimulus checks?

Kelley Kali: It started with that! But it was kind of an “if you build it, it will come” situation. Our other producer Capella Fahoome came with her resources and then Deon Cole got involved [as an executive producer]. We were just surrounded by the support that we needed for this crazy idea that we started with.

AC: Tell me more about the community you worked with. Your production team is almost all women of color. Did that happen organically, or was it intentional?

Angelique Molina: We definitely noticed it as we were going along, though. Every time we hired new people, we were like, “Oh! Another woman!” And because of the timeframe, moving so quickly, it was [easiest to ask people to] recommend people that are awesome.

AC: With such a short timeline, did you write a full screenplay or just outline it? Did you improvise on set?

AM: We started off deciding to write a solid outline. And then as we got closer, we thought [we should] give people more to work off of. So every night, before we were shooting, we were writing. 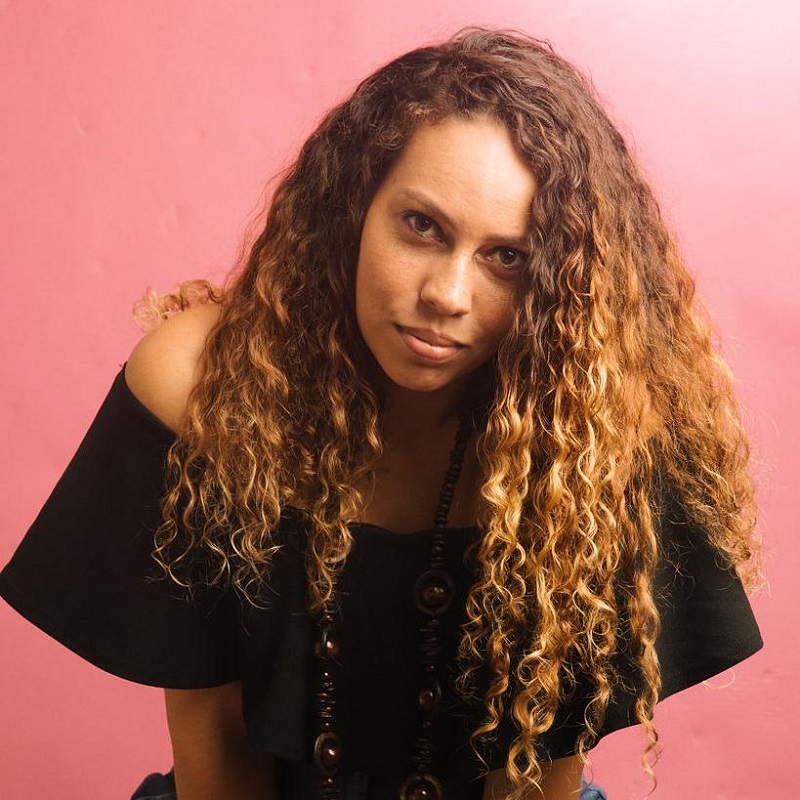 Kelley Kali, star and co-writer/director of SXSW award-winner I'm Fine (Thanks for Asking) (Photo by Elton Anderson)
KK: Because we had to keep the team small. That was another question, is how do we do this safely [in terms of COVID]? We were like, decided, no more than 10 people on set. And a lot of our team had never been on camera before, and we were noticing nerves. So Angelique and I were like, “We gotta write.” Because some people have never improv’d before.

KK: Angelique and I would stay up. We got no sleep. None. And I mean, that's not good. We wouldn't advise any film productions to do that… but in regards to this, we did stay up after production and we would write out the next scenes every night before and have a script for them in the morning that they could read through really quickly and then just go off of that. We did that every single night of production.

AC: If the cast hadn’t acted before, who were these people and where did you find them?

KK: They were the crew!

“We only have so many days, we only have the camera for so long, we only have this person for so long, we can only do so many takes.” Angelique Molina, co-writer/director of SXSW award winner I’m Fine (Thanks for Asking)
AM: The cast was the crew and the crew was the cast, with the exception of a couple of folks who had gone to school with us. There were probably only a couple of professional actors on set. Two... or three?

AC: Wesley Moss was just wonderful as Danny’s daughter. How did you find her and what it was like to work with her?

KK: Again, we kept it in the family. Her mom and dad are family friends of ours. And when she was just a toddler, everyone would say, “She looks like your kid! She looks more like your kid than our kid!” And so when we decided to have a kid [in the film], we thought Wesley would be great. She's just so smart, just naturally entertaining. Whenever it was a Wesley day, I thanked God. She was better than us adults. She just knew her stuff. We didn't have to worry about Wesley.

AM: She saved the day, because — I don't know if you remember, Kelley — in the very beginning, we were writing based off of who lived in our houses. We were keeping it in our pods.

AM: You remember? Initially, my barely three-year-old nephew was supposed to be Wesley. A three-year-old who’s smart and can talk, but… it would have been atrocious. We could have given him one line or something, but it took the story in a different place. So when Kelley said [she could ask her] friends, we thought, “Yeah, it’s probably better if we can have someone who can speak and respond.” My nephew can, but it would be a lot more difficult. Having Wesley just created a nice bond that we could see on screen. We know she's real, she has feelings. She misses her dad.

AC: There’s a nice balance in the way Wes is written between childishness and the genuine intelligence that kids have. The relationship between Wes and Danny feels raw and real. Are either of you parents? Who or what is Wes based on?

KK: Well, we're aunties. So we’re all over other people's kids.

AM: My nephew is my baby. All of my nieces and nephews are my babies. Kelley can attest to that. I always have a baby shower to go to or something.

KK: Always at a baby shower. Angelique is the ultimate auntie. And for me, I was in the house while my sister had twins, so I was helping, waking up in the night and changing them. So with raising kids and understanding that connection, we pulled on the auntie in us. We don't have kids ourselves, but we have kids in our life that we would fight for like a mama, for real. And Wesley, she is like a daughter to me, you know? Acting with her and feeling protective of her wasn't a challenge because, that's our Wesley! So it helps having a crew of friends and family.

AC: Something left ambiguous was how Danny’s husband Sam died, which made me wonder if he died of COVID. Was that your intention?

AM: We wanted to leave it up to the audience to make that decision for themselves, but it is implied.

KK: That decision came from this whole year. A lot of people lost a lot of people close to them and it wasn't always due to COVID, and we just wanted Sam to represent the loss that we've all been feeling from this year. So it's subjective for you, the viewer.

I'm Fine (Thanks for Asking)