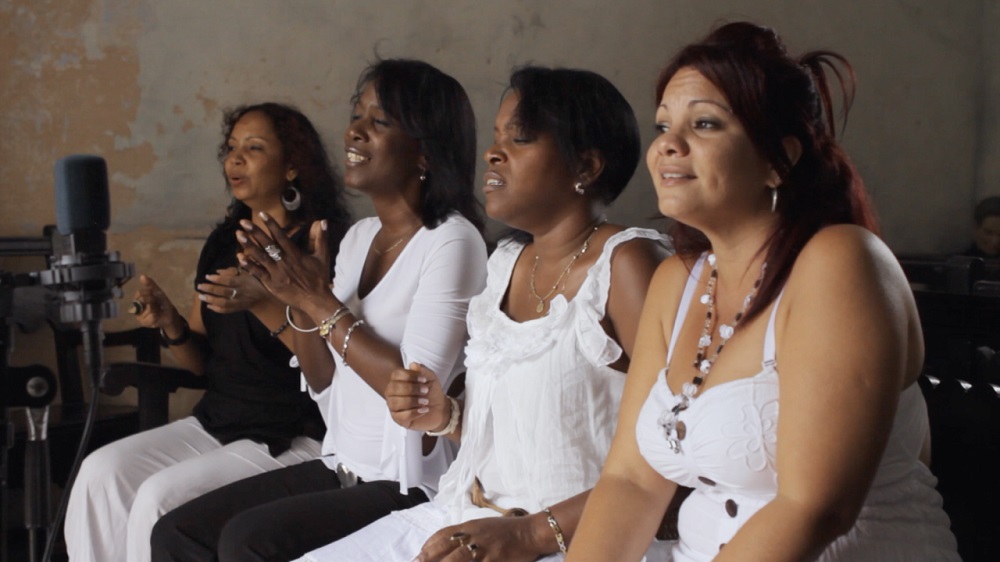 The four singers of Cuban a capella ensemble Vocal Vidas, whose excursion to the United States is followed in SXSW 2021 documentary Soy Cubana

The beginning of the Trump administration in 2017 marked a fleeting period of amicable Cuban-U.S. relations. While the Obama administration made a point of freeing travel restrictions from Cuba, Trump’s curtailing of them was imminent and sure-fire.

It was during this in-between period, as captured in SXSW documentary Soy Cubana, that Koset Muñoa Columbié, Maryoris Mena Faez, Ana Josefina Hernández, and Annia del Toro Leyva were invited to perform in the United States.

The four women make up the Cuban a capella quartet known as the Vocal Vidas, who are accustomed to singing for tips from locals and tourists at places like the El Morro Castle. When they receive word of an offer to perform for 3,000 people in Los Angeles, the only thing standing in their way is the logistical nightmare of actually getting there.

If you want to know if the Vocal Vidas make it to their big gig in time, don’t worry: the opening moments of co-directors Jeremy Ungar and Ivaylo Getov’s lively documentary feature the group walking onto the stage for that L.A. show. More time is spent focused on their odyssey in the United States as they’re able to share their art and culture with a new audience, while the fact that this is a rare circumstance in which they were actually able to do it lingers in the background. This is ultimately a celebratory story about kinship and connection that transcends borders, and leaving the dreary political constraints as a thoughtful frame for the story serves it tastefully.

But the film also isn’t wary to showcase the less glamorous details and technical difficulties of their inspiring adventure. This sort of truthfulness culminates toward the final minutes when one of the members is pushed on the idea of Cubans staying in the United States, and answers that it’s not worth the healthcare costs and gun violence. This is the way Soy Cubana really shines: grounding the moving experiences of its subjects through the authentic impediments of reality.