SXSW Film Review: Who We Are: A Chronicle of Racism in America 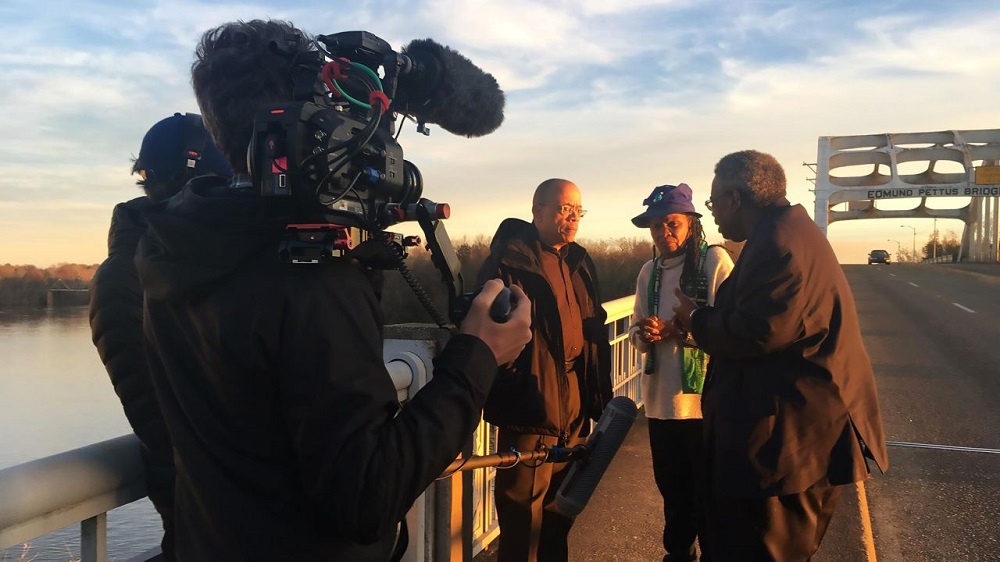 SXSW Audience Award winner Who We Are

The simplest thing to say about SXSW Documentary Spotlight Audience Award winner Who We Are is that it should be part of the standard curriculum in every school in America. Considering the reactionary backlash against the 1619 Project and critical race theory, that’s likely to be a tall order.

As the film’s screenwriter and presenter Jeffery Robinson notes, the best educations (including his own, via Marquette University, Harvard Law, and decades as a trial lawyer) have effectively ignored the history of slavery and its ongoing legacy of white supremacy and institutionalized racism. Robinson, deputy legal director of the ACLU, decided to educate himself on the subject, and Who We Are is the documentary outgrowth of that process.

For the last 10 years, Robinson has been presenting that history to various audiences, and the film records a New York Town Hall presentation of June 19 (Juneteenth), 2018. But it’s hardly a static lecture – directors Emily and Sarah Kunstler use Robinson’s commentary as the anchor of a wide-ranging examination of the larger context of the story, using Robinson’s filmed interactions with a variety of people with illuminating experience of the struggle for racial justice. “Ignorance is not bliss,” Robinson says, “because it allows a false history to thrive.”

A partial list of subjects Robinson manages to encompass in two hours is stunning: the roots of chattel slavery from 1619, its Constitutional preservation, its economic importance, the tortuous legal history, the Northern financing, Confederate foundations of white supremacy, treason and its defenders, Reconstruction and reaction, the 1921 Tulsa Massacre, the lost promise of the Civil Rights movement, its revival with Black Lives Matter … and what needs to happen next.

All of this is interwoven with Robinson’s evocative memories of growing up in segregated Memphis. In 1968, when Martin Luther King Jr. was assassinated there, he was 11 years old. He calls the moment a crucial “tipping point,” like the end of Reconstruction – a rollback of racial justice just when it seemed that the country had begun to come to terms with its shameful racial history. In confronting that repeated rollback, he reiterates a passage from Orwell’s 1984: “Who controls the past, controls the future, who controls the present, controls the past.”

Robinson never explicitly calls out the reflexive American bromide that follows every bloody outrage – “This is not who we are” – but the film’s title recalls that self-delusion. He emphasizes that countries, like persons, are never just one thing – but echoes MLK’s exhortation, “We’ve got to give ourselves to this struggle to the end.” His conversations with activists, and particularly with people who have lost family members to racial oppression, are both distressing and inspirational.

The film is one aspect of a larger “Who We Are Project” founded by Robinson, that intends to “correct the American narrative on our history of racism,” defined as “prejudice plus social power plus legal authority.” The project will indeed produce materials for schools and other institutions, with the ultimate goal of “moving America to address racial inequity.” Much more information is available at the Who We Are project web site See the film, visit the site, learn and be inspired.

Who We Are: A Chronicle of Racism in America