Finding the man behind the Wildflowers sessions 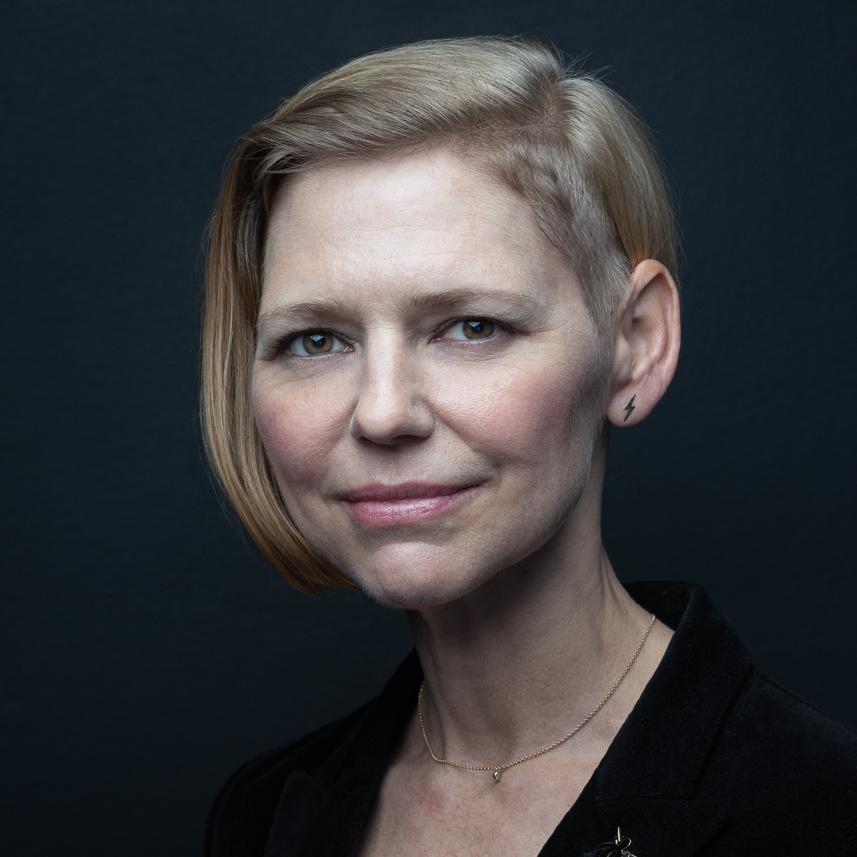 11 Minutes. Before last year, that's all that anyone had seen of the recording studio footage of Tom Petty recording his 1994 game changing solo album, Wildflowers.

Like everyone else, Mary Warton saw it as part of an EPK for the album when it was released. At the time, she was working as an associate producer at VH1. "I saw some of the footage of Tom and Rick Rubin in the studio, and got to meet Tom at the interview shoot, and he talked about the Wildflowers director in that interview, but I didn't know that there were another four hours of footage."

It wasn't until last year when her friend, Tom Petty's daughter Adria, contacted her that she found out about the missing treasure trove. During the research sessions for last year's box set rerelease of Wildflowers, they found the rest of the footage, and were looking for a director to shape it into releasable form. Fresh off the critically-acclaimed Jimmy Carter: Rock & Roll President, and all her other projects on hold because of the pandemic, it was ideal for Wharton. "It was such a gift to fall into this archive of incredible music, and this human story about somebody as interesting and artistic and dynamic as Tom Petty. It was really a gift from the gods."

Austin Chronicle: So your first job is to go, 'What have I got?'

Mary Warton: It was a huge process. There was about four hours of the footage of Tom in the studio, and that was filmed over three different days. But the material was not very organized in the archives, and there was film elements and sound reels, but it was not really clear what went with what. There were some video tape references that had been made at the time, back in the '90s, but it was either originally recorded or transferred to 30 frames per second, because that's was the NTSC standard for television, but film was 24 frames per second. So what they would do was they would transfer the film to NTSC, but when we tried to marry the sound to the original film, even if you would find a sync point to line them up it wouldn't hold sync for long periods of time. So we would have to piece together sound and picture, and sometimes we would have no idea what went where. The editor would read Tom's lips to figure out what song he was singing, and then we would match it up. So sometimes we would figure it out, and sometimes not.

So there was that, and then there was some footage of the Wildflowers tour, and we had the same problem with that footage. There were three or four different dates - the Hollywood Bowl concert, and one from the tour opening in Movieville, some footage in New Orleans - and finding the audio that went with the footage was a lot of detective work. It took us a solid month to get a handle on the material.

The filmed interviews with Tom were another detective search that we had to do, because that film was missing for a while. We had some video tape references of it, so we knew it existed, and then somebody remembered there was a stack of film in a storage area. So I sent someone over there with a cellphone to take a picture of these boxes. She sent it to me and I went, "Oh my god, that's it! That's it! Get it to the lab right away!"

AC: You could have just taken a very musicological approach, but so much of the film is about how this was a pivotal moment in Tom's life - the divorce, his relationship with his daughters, the decision to go from band leader to making a solo album. How did you find that story?

MW: It was the challenge that we set out for ourselves: How are we going to get at that? I wasn't sure, for example, with Adria, how much she would want to talk about that. It was her parent's relationship. And I knew that Tom was always very private, and I wasn't sure how protective she would be about that part of his life that he never talked about. I was actually very pleasantly surprised by how open she was, and how much she encouraged me to talk about that stuff.

In fact, I think she recognized as well as I do that the thing about what makes this film special and interesting is that it does give a view of Tom Petty in a way that he hasn't really been seen before.

Peter Bogdanovich made a four-hour documentary about Tom Petty that was released while Petty was still alive, and he was very much involved in the making of that film, and it pretty much tells you all the details of what happened in Tom's life and career to that point. One of the things that was important to me was that I didn't just want to tell you anything that's already been told - what would be the point of that?

Or there was the other option of staying in the footage of the making of the album, like, what instruments they played, and Mike using a double-necked guitar on "You Wreck Me" or whatever. That kind of stuff is fascinating to music nerds, but I've never been one to preach to the choir of hardcore Tom Petty fans. I wanted to tell a story that could appeal to a really broad audience. It's always really satisfying to me when I hear things like the programmer for SXSW tell us she's never really been a huge Tom Petty fan, but she was drawn to the film. That tells me that I've done my job, because I'm trying to show everyone, whether or not you're a fan of Tom Petty, something you can connect to.