Director talks the influences on his period techno-horror 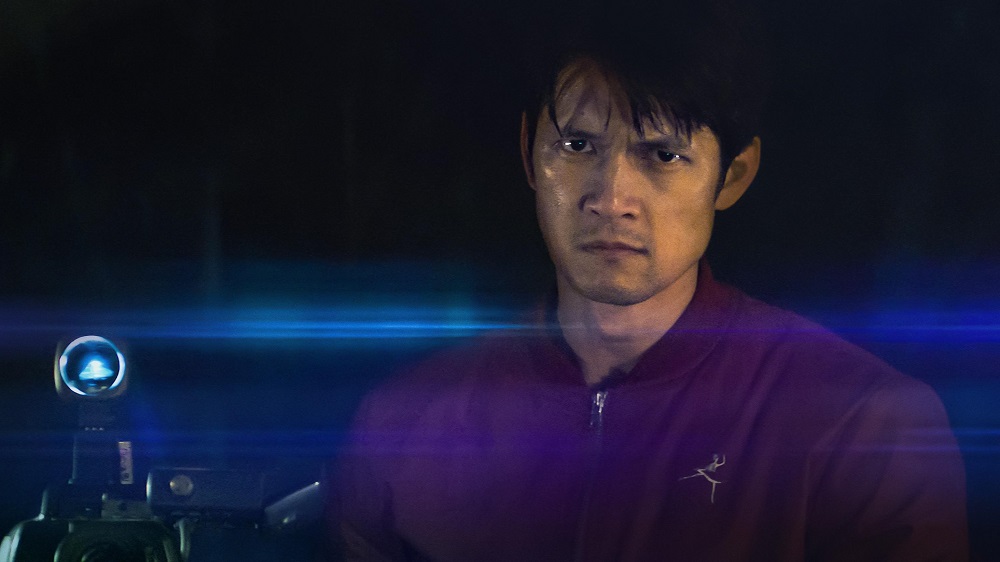 Before there was hacking, there were broadcast signal intrusions: strange incidents where people would hijack TV signals and insert strange clips or weird rantings. Their enduring mystery powers Broadcast Signal Intrusion, the SXSW Midnighter directed by Jacob Gentry.

In the period techno-horror, video archivist and camera expert James (Harry Shum Jr.) becomes intrigued, fascinated, and finally obsessed with two of these bizarre transmissions and his belief that they are connected to a trauma that has haunted him.

Before the world debut, we chatted with Gentry about what drew him to this topic, and the films that influenced him in creating this tale of cable access madness.

“I’d heard of them as legends of nascent hyperculture, like the Run-DMC of anonymous. The idea for the movie came from the script from Phil Drinkwater and Tim Woodall, and I found that really fascinating because I’m very interested in unsolved mysteries. Their idea was more [about] broadcast signals in general, and they’re UK writers, so they were coming from that perspective. When I started working with them on the movie, I wanted to graft even more of the real-life events onto the story, to give it the feeling of a real unsolved mystery.

[In 1987, two TV stations in Chicago had their signal hijacked by an unknown figure wearing a mask of TV character Max Headroom.]

“That’s the most famous of them, because that’s unsolved, and any unsolved mystery of any type is always the most talked-about and discussed and debated and researched, just because it’s fascinating that something like that can go unsolved for so long, and it speaks to the level of sophistication of the equipment and everything they used to perform [the] act of video piracy that they did.”

“Research is my favorite part of making movies. I love researching things I didn’t know about or [that I] knew a little bit about and diving deep into them. The film is set in the late Nineties, and the main character [James] is researching just because he was curious, and he became more and more obsessed. He then starts to find connections to his own life, and past trauma that he feels he can find answers to by solving these mysteries. A person becoming interested in a mystery is always going to be interesting to me, because I can always relate. And I think a lot of people can relate to that? How many people have gone down a YouTube wormhole? You get lost down the rabbit hole of entertaining yourself and educating yourself about something you didn’t know about, but it also has darker implications, as evidenced by some of the more political movements that have come from these rabbit holes.” 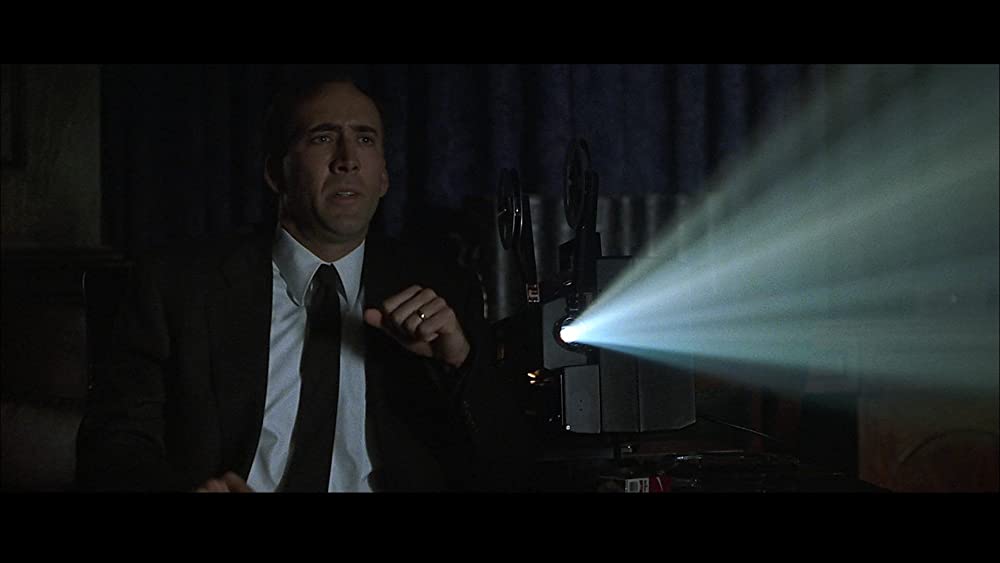 “[In 8mm] there’s something profoundly affecting the first time Nic Cage is watching the snuff film. You have the lens flare from the projector sitting next to him and you have the sound of the clickity-clickity of the spooling film, and his reaction to it, the look on his face, is more horrifying than anything they can show you. That was probably a subconscious influence to always concentrate on Harry’s reactions to things being almost as valuable as the things themselves. … It’s the old filmmaking axiom that it’s Roy Scheider and Richard Dreyfus reacting to the shark as much as it is the shark.

“[Broadcast Signal Intrusion] is a guy just logging videotapes in an archive, and one of my first jobs was making local commercials when I was right out of college. I made, like, 200 of them. You do them for local businesses, and it was one of those things that [you] write, shoot, and edit by yourself. I spent a lot of time in dark rooms, very similar to the one in the movie, with stacks of videotapes, just diving through them. … I’d be watching cable television and then one of the commercials I’d made almost felt like a broadcast intrusion because it was so much different from whatever I was watching.” 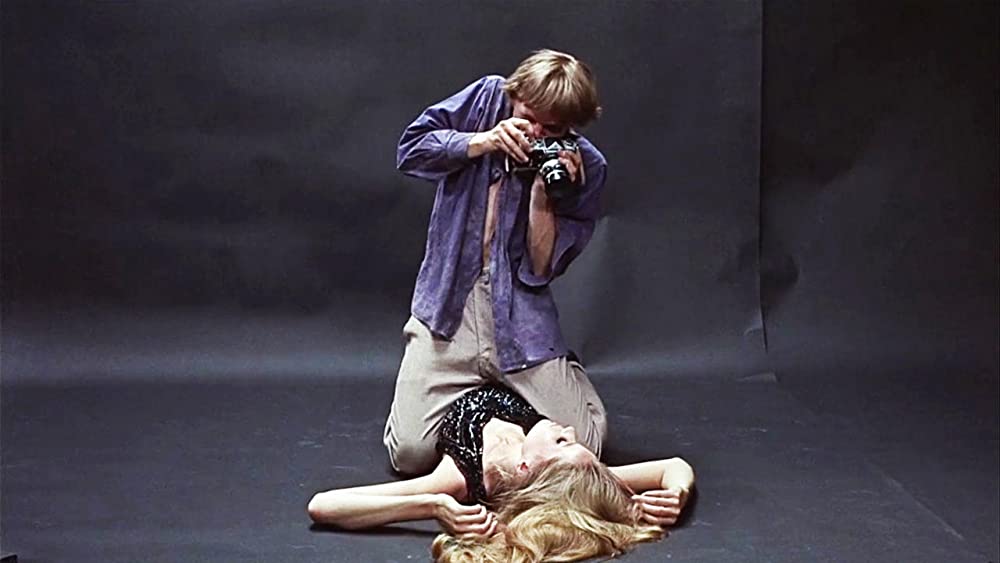 “One of my obsessions is the conspiracy theory thriller, or the paranoia thriller. The Alan J. Pakula trilogy of Klute, Parallax View, and All the President’s Men. You have Three Days of the Condor, you have latter-days ones like Winter Kills, and once you start getting even later and combining with the detective genre you get films like Cutter’s Way.

“That’s when you’re forensically analyzing a videotape to find clues in a mystery. That puts it in the paranoia thriller, like the triptych of The Conversation, Blow-Up, and Blow Out – Blow Out being one of my top, if not favorite, movies.”

“It’s hard to say ‘inspiration’ when it’s so disturbing to watch, but there’s a video called ‘I Feel Fantastic,’ or ‘Tara the Android,’ as it’s known. … That was something where the first time I saw it I was creeped out and looking around the room. It’s almost banal in what you’re being shown. It’s a mannequin/android in a brightly lit, plain room. How do you capture that in a movie, where you’re looking around in the dark corners of a room? There’s a voyeuristic aspect to this stuff. You feel like you’re not supposed to be watching this because it could have consequences.”