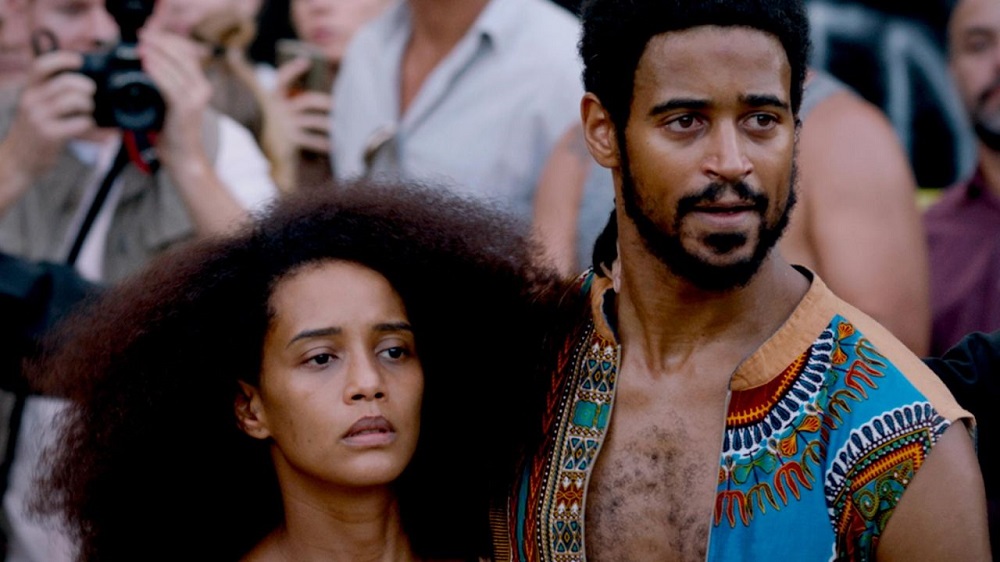 Writer-director Lázaro Ramos takes an age-old racist threat and wonders how it’d look in real life in this Brazilian thriller about a government forcing its Black citizens to “go back to Africa.”

Antônio (Alfred Enoch), is a kindhearted but outspoken civil rights lawyer who sues the Brazilian government for monetary reparations to Black citizens, attempting to hold the state accountable for its violent history against the African slaves brought to the land centuries ago and their descendants still struggling today. The government retaliates with the “Return Yourself” initiative, paying to send all Black Brazilians to different countries in Africa against their will.

The dystopia proposed in Executive Order, which was co-written by Ramos, Lusa Silvestre, Aldri Anunciação, and Elísio Lopes Jr., is deeply intriguing if not completely fleshed out. One wonders how Antônio got to where he was, suing the government seemingly on his own in a courtroom showing little sign of outrage. Later, the heart of the film becomes a standoff between Antônio and the state, Antônio “safe” in his apartment based on the protection of a minor technicality. With the Brazilian government being as militarized and authoritarian as it is, it’s hard to believe they wouldn’t overlook the law and storm his home anyway.

Yet while these questions loom in the background, they do not erase Executive Order’s merits. Adapting the entire premise from a phrase as hateful and storied as the idea of “going back to Africa” means that the film doesn’t have to relegate its discussion of racism to just the violence of words or the danger of right-wing authoritarianism. The blend of these issues is seamless, realistic, and compelling. Meanwhile, strong performances from Enoch, Taís Araújo as his wife Capitu, and Seu Jorge as his cousin André give stability to the narrative, even when the premise confuses.

It feels like several lifetimes fly by in these 90 minutes. As the clock ticks on Antônio’s lonely fight, an Afrofuturistic bunker operates on the other side of town, hiding underground and organizing a resistance movement. And throughout the film, there are bright spots of humor, color, and music that Ramos might have done well to linger on. There’s enough here to fill a miniseries or television show, and it’s worth wondering how well that might have served the story. Still, all this is to say — Executive Order brings a lot to the table.