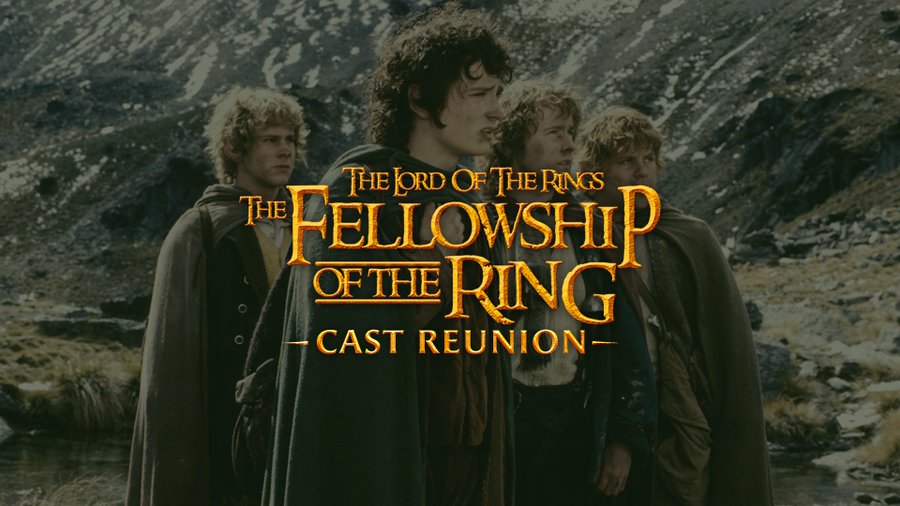 If The Lord of the Rings taught us anything, it's that only together can you succeed. That's why the Alamo Drafthouse is presenting a new series of Q&As to go with the upcoming 4K release of Peter Jackson's adaptation of J.R.R. Tolkien's landmark trilogy - and they won't just be available at the Drafthouse.

The Alamo is making all three cast-and-crew conversations available to any cinema around the world screening the re-release as part of their new Support Local Cinema campaign. All three will be hosted by self-proclaimed "Ring nut" Stephen Colbert who will be posing questions submitted by fans via Twitter, using the hashtag #LOTR20.

The series starts on March 25 with The Fellowship of the Ring, complete with a Hobbit-heavy Q&A featuring Wood, Sean Astin, Billy Boyd, and Dominic Monaghan. The following weekend sees the trip to The Two Towers accompanied by the elven folk: Cate Blanchett, Orlando Bloom, and Liv Tyler, plus itinerant ranger Viggo Mortensen. Wrapping up the trilogy, of course, is Return of the King, starting April 8, with the magical trio of Peter Jackson, Ian McKellen, and Andy Serkis.

Occasional Austinite and star of the films Elijah Wood credited Alamo founder and executive chairman Tim League with the idea. "One of the experiences I miss most during this last year, beyond getting to hug my friends and travel, is sitting in a dark movie theater eagerly anticipating a new cinematic experience. When Tim reached out with the idea that we could band together to bring some much needed support to independent theaters across the globe, I jumped at the chance to help."

League promised that the Drafthouse will continue with these kind of special events as they scale back up to full operations (good news for anyone who was worrying about how the Alamo would look after yesterday's announcement that the chain is seeking Chapter 11 bankruptcy protection). He added, “We are extremely confident that post-COVID, the pent up demand for the magic of moviegoing will be very strong and the industry will return and flourish. In the meantime we’re grateful to Peter Jackson, the gracious participating cast members, and Stephen Colbert for participating in these very special events and letting fans experience these incredible films on the big screen in safe, open theaters.”

That last part is the most important element, as the Drafthouse has opened several locations under strict distancing and sanitation protocols.

Tickets and additional details about the Lord of the Rings series and Q&A at www.drafthouse.com/LOTR2020.