Sundance Review: Summer of Soul (... Or, When the Revolution Could Not Be Televised) 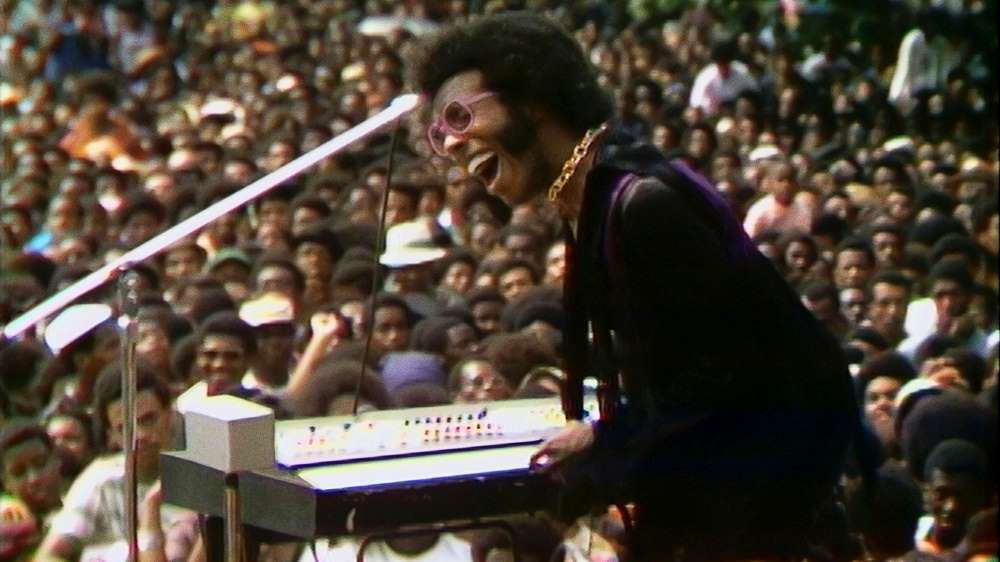 Ahmir Khalib Thompson, better known as Questlove, has always been a multihyphenate of hip-hop and Black pop culture at large. In his filmmaking debut film, which memorializes the 1969 Harlem Cultural Festival, the rapper-producer-DJ-instrumentalist-journalist puts all of that perspective to work.

Summer of Soul (... Or, When the Revolution Could Not Be Televised) is magnetic in premise alone. Black communities throughout the United States had spent the 60s mourning staggering losses: Malcolm X, Martin Luther King Jr., countless civilian victims of police violence. The Harlem Cultural Festival emerged as a salve for those collective wounds. It was a summer concert series that brought some of the most famous Black musicians in the world to perform in Mount Morris Park, free and open to the public. Amidst far too much collective grief, the festival was a place for celebration.

With a title card naming his Sundance jury- and audience-award winner “a Questlove jawn,” the artist’s presence is clear from the beginning of the film. In one of the earliest bits of archival footage, we look out at the audience, wider than the camera can capture, as a voice on a microphone tries to connect a lost wallet to its owner. It’s an odd clip to make room for considering the hours of music and dancing Questlove had access to (and how much of it must have been left on the cutting room floor).

But with moments like this, Questlove sets a tone: the Harlem Cultural Festival had star power, but it wasn’t about star power. It was about people power. And that meant welcoming and caring for each and every person there. (Has anyone ever made a lost wallet announcement on a headline stage at ACL? Not likely.) From here, the film delves into the community’s identities and needs more explicitly; for example, organizers of the event explain hiring members of the Black Panther Party for security to reduce police presence in their community. All the details get put on the table before Summer of Soul luxuriates in its performances, like Questlove is looking out for everyone’s safety in retrospect. And then the party begins.

Each performance is nothing short of virtuosic. Stevie Wonder roars in laughter with the audience, devastatingly charming and not yet 20 years old. Nina Simone reads a controversial work by poet David Nelson, unafraid to stand in broad daylight and call Black people to “smash white things.” “Queen of Gospel” Mahalia Jackson pulls then-newcomer Mavis Staples into a halting, tearful duet of the late Dr. King’s favorite song, “Take My Hand, Precious Lord.” Summer of Soul lets this footage breathe, respecting that it speaks for itself.

Still, there’s a musicality to the editing and sound design. Naturally, the film cuts from shot to shot to the beat of the music during upbeat introductions of exciting figures. And when Questlove interviews artists and festival-goers, their voices slip in and out, complementing the pace of the slower songs. They narrate their memories while we watch them play out in real time. Throughout the film, Questlove deconstructs the sterility of a typical talking heads documentary. The inclusion of interviews isn’t to incorporate some sense of detached expertise. When faces do remain in focus, it’s to highlight the width of their grins, the tears in their eyes, their open mouths while watching the footage, their shock that someone else finally remembers.

That’s another central tenet of Summer of Soul. The Harlem Cultural Festival was massive, with an estimated 300,000 total attendees, and the film repeatedly makes note that it happened the same summer as Woodstock — but it’s gotten little societal recognition since 1969. The footage was shot by producer Hal Tulchin and amassed to about 40 hours in total, but sat dormant for decades after being turned down by networks Tulchin tried to create a film with. So by resurrecting the event, Questlove has made space for neglected memories. Prayers set to saxophone. Kids climbing trees. Broadway and hip-hop. Crop tops and suits and dark skin lighting up the stage. All this time, the archive has been there, capturing the multiplicity of Black identity with the unrelenting joy of one special summer. Just waiting to be discovered.

As asked by Nina Simone, in the words of David Nelson: “Black people, are you ready?”

Sundance Film Festival, Questlove, Summer of Soul (... Or, When the Revolution Could Not Be Televised)