Lee Isaac Chung Recalls Growing Up in the Fields of Minari 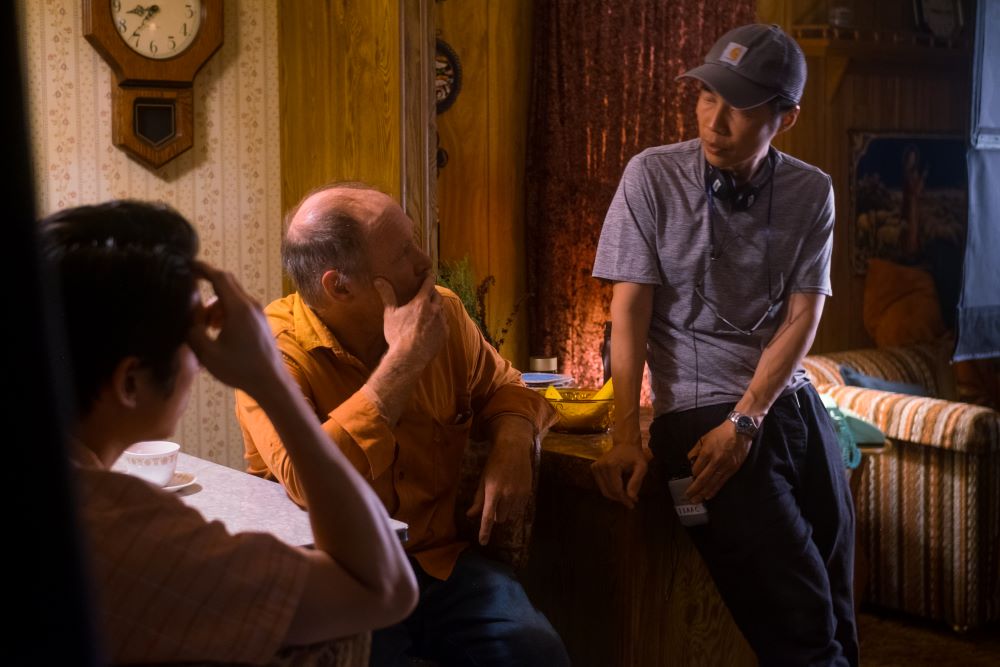 In Minari, Lee Isaac Chung's semiautobiographical story of growing up in rural Arkansas as a Korean immigrant, accuracy is everything - even down to the details of farm life. In fact, especially those. He explained, "I tried to stay true, because I knew a lot of farming friends would be watching."

However, it's not in the names of seed lines, or the specifics of maintaining a tractor. In Chung's understated story of an immigrant couple, Jacob (Steven Yeun) and Monica (Han Ye-ri), moving their children to a tiny community in pursuit of his dream of independence, the most important truths are emotional ones.

Austin Chronicle: This is clearly a story that draws very deeply on personal experience. How did you go about writing that without going too introspective or specific in a way that only spoke to you?

Lee Isaac Chung: I was working with the idea that if you get too specific on something, that can be alienating - and if you get too vague, that's alienating too. So there's a constant effort of, how do I include everybody, bring everybody to the table with this film even while setting it within a reality that's very specific and particular.

That was a constant process of refinement. Even in the editing room, we were cutting certain scenes that explained too much. More and more, what we found was that, as long as the actors were able to emotionally convey the reason why they're doing things, it doesn't matter what they're doing. The emotional core behind their actions was much more important. So this film lives and dies by the principle of empathy with each actor and their performance, and the little details.

For instance, the scene of Monica bringing Paul (Will Patton) into the home and them doing the exorcism, it could be very wild, it could be very sensational or done in a way that's a spectacle. Our choice was to highlight Monica's face when she was really hoping Paul would come in and pray for her mom. We all know, as sons and daughters, as children, what that feel like, to really want something for your parent. We felt like that's the universality of the moment, even though the moment itself is quite exotic. Maybe that specific, human core, that's universal.

“My dad and mom, sometimes they would say things about the local community, like, ‘What are these crazy people doing?’”
AC: Paul's such a wonderful character, and the family's reaction to him speaks to this overlooked part of being new in a community that many depictions of the immigrant experience seem to miss out. You don't have the depiction of getting there and going. 'Why do all the locals do this strange thing?' And we don't see many stories about Korean immigration, so you have this pressure about telling your individual story but also to be representative of that broader story

LIC: I did feel that pressure in some sense. I don't know if I saw any models for this film. I was really wanting to capture the feeling of being a Korean immigrant to this kind of place, and I didn't know if I'd seen any films that captured that kind of specific experience. So I felt I had to be faithful to doing that in a way that's authentic but, at the same time, not self-indulgent.

To talk about that specific perspective that immigrants have, I think that, time and time again, what I realized was that we're not different from anyone else. We have the same tendencies: for instance, moving to a new place and being a little snobby about it. It's not just white people, it's really everybody. Even my dad and mom, sometimes they would say things about the local community, like, 'What are these crazy people doing?' And that's just being true and honest about who we are, and the way things look from our perspective. More often than not, we would see people like Paul in our community, and that initial shock of being in that location would give way to more of an unveiling of humanity.

Paul is based on a real person who lived in Lincoln, Arkansas, and in my view he's kind of an artist. He's not living on the coast where he knows he can get into the arts and do his crazy thing. Here in Arkansas, this is how you express yourself, and you can be someone who's trying to speak the truth. Our experience with him was that, the more we got to know him, the more human he was to us, and that's how I wanted the film to unfold - that all these relationships might start off with something strange and funny and spectacular, but they really give way to a deeper understanding of who these people are. 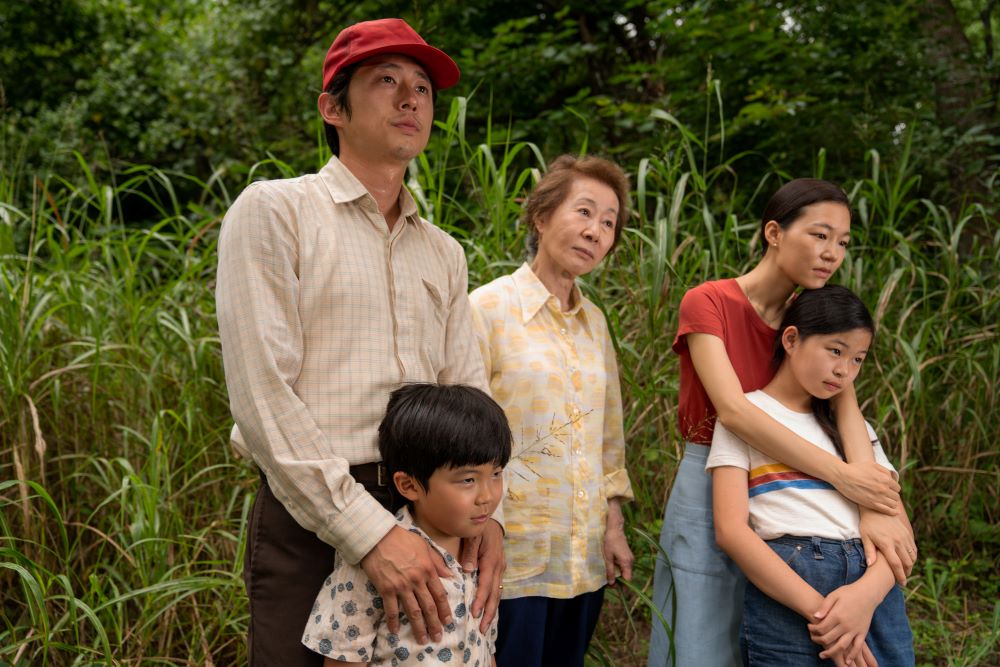 AC: And you let the audience work a lot out for themselves. Take Paul again: you never say why he had Korean money, or why he was used to kimchi. It felt like, from the writing point of view, there was no need to give exposition, so that it has so much more impact when people do speak directly. It felt like there was a whittling process in the writing.

LIC: That, to me was the aspect of drawing in as many audiences as possible to this table. I didn't want it to be a film that - you've heard this saying, "By us, for us." I didn't want it to be so rooted in the specific perspective that I have, and only for an audience that also has the perspective. I just felt that, in the writing, any time it felt I was explaining to somebody, it created a distance between the audience and the actual person.

For instance, I had a scene where Jacob explains chicken sexing, and he explains why he wants to be a farmer. There was something that happened in Korea that was traumatic for him, and it was this long explanation, but I found that taking that actually helps you to invest your own times that you desired to aim for something else, or aim for a new identity. Even with Paul, there was a scene where he talks about why he carries the cross, why he takes that around town. I thought I would need that, in order to get people to be sympathetic for him, so they don't just think, "Oh, he's a nut." But I found, after filming, that the expressions were enough. You feel that the reason he's doing it is more complex than you immediately see.

My hope is that audiences question, "Well, why is that person doing that? I think it's because of this. I've been in that situation before," and they start to bring more of themselves in that moment. And I guess that's what I mean by opening up the table for everyone. If you leave more to interpretation, that helps everyone come together.

Minari is available in theatres and as a virtual cinema release now. Read our review, and find showtimes and streaming details, here.