But where in the rankings did it land? 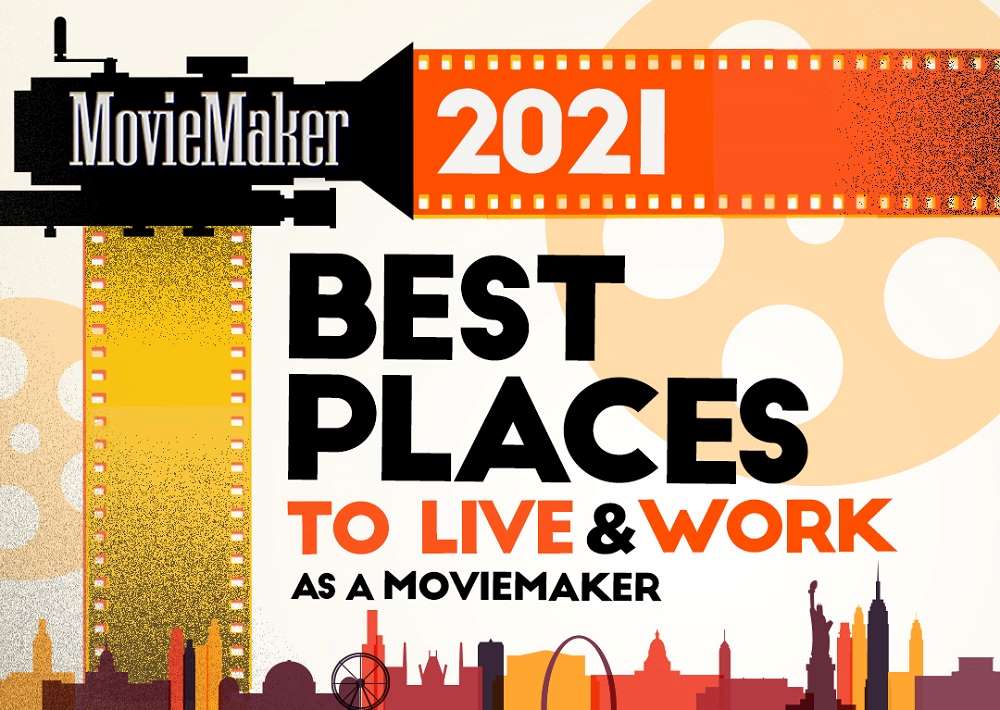 Ask anyone in the film industry, and they'll tell you that Austin is a film town. Now that's reconfirmed as it comes in at number three on MovieMaker magazine's prestigious annual Best Places to Live and Work as a Moviemaker list for 2021.

Austin was only edged out of the big cities category top slot by Albuquerque (with its generous production incentives, and massive new Netflix and NBC-Universal production facilities) at number one, and mega-production hub Atlanta in the runner-up slot. It jumped three spaces from last year, leaping past major production centers including Chicago, Vancouver, and Toronto.

Celebrating the new ranking, Austin Film Commission Director Brian Gannon said, “It’s always an honor to be included on the MovieMaker’s Best Places to Live and Work as a Moviemaker. This would not be possible without the talented crew base here in Austin as well as the cast, the great local vendors, production companies and facilities that make Austin such a special place for commercial, film, and television production. Thanks to the reputation cultivated by the hard-working talent here in Austin over the past 40 years, we’re in an advantageous position to attract more productions."

So how does a city without a major studio presence, in a state with a solid, well-run, but arguably underfunded production rebate (the Texas Moving Image Industry Incentive Program) compete? MovieMaker cites the obvious attractors for any industry (the food, the music scene), but adds in the incredible variety of locations, easy permitting, and - especially important right now - a great reputation for running Covid-safe sets. That last factor has been a major determinant in the last year, as filmmakers have started to move away from the magazine's Hall of Fame production hubs of New York and Los Angeles.

However, it's that undefinable but instantly recognizable Austin community spirit that factors in so heavily in the new ranking, as summed up by local filmmaker Andrew Bujalski (Support the Girls, Results). He told the magazine, "There is plenty of community spirit to be found among filmmakers in the bigger cities — but then, all your filmmaker pals in New York and L.A. are devoting their full energies to trying to survive their own daily trials there. Austin is the only place I’ve known where, when a project gets going, everyone seems to drop what they’re doing to come help.”

That overall combination of location, culture, community, and a film-friendly environment has added velocity to Austin production scene's ricochet back from the coronavirius shutdown. Luckily, several animated projects (including Richard Linklater's Apollo 10 1/2, Rooster Teeth's new Transformers trilogy, and Powerhouse's Gods and Heroes) were able to shift to remote production, while Robert Rodriguez's We Can Be Heroes was in post-production and became a smash on Netflix. However, new production came back fast, starting with a slate of commercials for big-name brands including Ford, Chevy, Schwab, HEB, Yeti, Dell and Indian Motorcycle. TV shoots came back quickly as well, including the fourth season of Fear the Walking Dead, and season 1 of the reboot of Walker.

The missing component was independent filmmaking, and the first signs of growth are already here. This weekend The Blazing world, the Austin-shot feature debut of filmmaker Carlson Young and one of the first movies to be made during the pandemic, gets its world premiere as part of the Sundance Film Festival, including a local drive-in screening at Jourdan-Bachman Pioneer Farms, organized by the festival and Austin Film Society.

The full list of all 25 big cities, as well as the 10 best small cities to live and work as a filmmaker, are available now at www.moviemaker.com, and will be in the winter 2021 print edition of MovieMaker, on stands on Feb. 2.