The History and Historiography of MLK/FBI

Sam Pollard on the changing challenges of recording Black history For 30 years, from PBS's Eyes on the Prize through last year's Mr. Soul!, Sam Pollard has been one of the most important documentarians of the civil rights struggle. His latest, MLK/FBI, may be his most challenging yet, because it runs into that thorniest of challenges. It's that old adage: Consider the source.

From 1963 to 1968, the Federal Bureau of Investigations wiretapped and bugged Dr. Martin Luther King. Jr. At first, the trigger was a growing concern about his closeness with Stanley Levinson, who the FBI feared was a Communist and potential Russian agent. Over time, the bugging became about King and became weaponized, playing into old paranoias about Black sexuality, even leaked in an attempt to wreck his marriage and push him to suicide.

The taping came to light soon after King's death, but not the tapes themselves. Only in 2019 were agents' notes about what they heard released to the public, and they've been pulled apart - mostly by conservative writers - in an attempt to posthumously defame the iconic leader and his legacy. Yet what we do not have are the tapes themselves, nor will we for several years. So Pollard's latest film has to work from those reports, not the source material.

Of course, they have to be viewed through the lens of of the subjectivity of G-men who wanted to appease their bosses. But those questions of context, of who gets to write the narrative, affect every topic Pollard studies. "I don't believe you should take anything at face value," he explained. He recalled growing up in the 1960s, and watching the 1939 film, Gunga Din, adapted from Rudyard Kipling's 1890 poem of the same name, and Lives of a Bengal Lancer, both steeped in and romanticizing the British occupation of India during the era of the Raj. "They put across the idea of the British Empire in all its glory, keeping down the natives who are trying to rise up."

It all revolves around one basic reality: "Those who are in power control the narrative, and they can create the history the way they want it to be seen. My belief is that history is much more complicated, and you should always question the narrative. Who is controlling the narrative? What's the story that's trying to be told? And how do you look at it and go, 'Whoa, whoa, whoa, let me distill this and look at it in a different way.'" 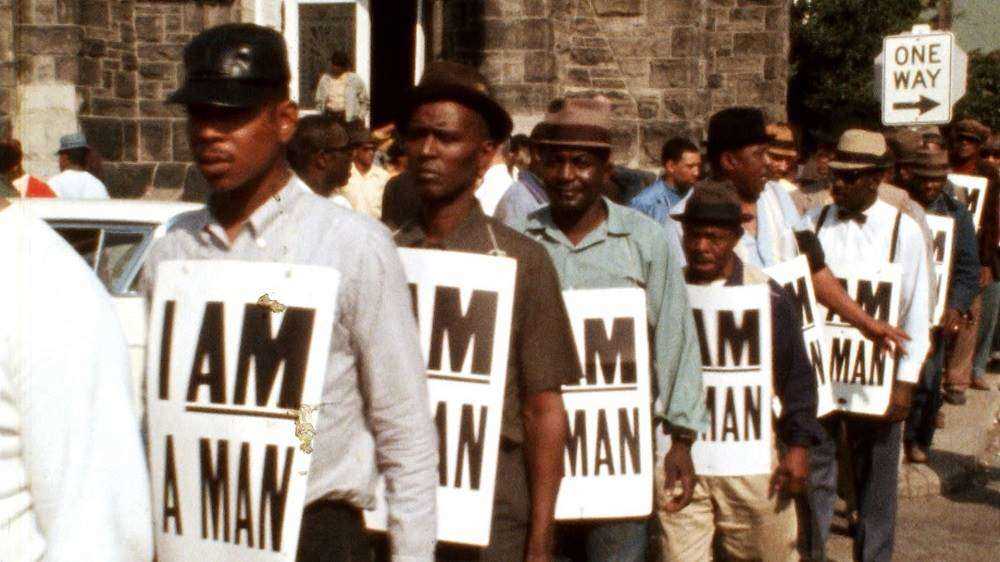 "Black people were on the fringes of society, in their own self-contained communities, and all of a sudden they want to be in the mainstream. How dare they? Weren't they satisfied with being segregated and having their own lawyers and their own doctors and their own little small businesses? Why should they be upset about sitting in the back of the bus? Why should they be upset about sitting in the colored section of the bus depot?" Sam Pollard on how so many Americans justified pushing back against Martin Luther King and the civil rights movements's simple request to be given equal access to mainstream society.

Austin Chronicle: You've been making films about the civil rights movement for three decades now. For you, as a filmmaker, what's changed?

Sam Pollard: It's changed because I just see the world in a bifurcated way, in a much more complicated way than I did when [former UT RTF department head Paul Stekler] and I did Eyes on the Prize. Even though they were very important and very impactful, there was more of a level of simplicity than in what I'm trying to do now with the films I'm trying to make. I didn't dig into the subject matters or the human beings that we focused on to the level that I'm doing now.

As a documentarian, as a filmmaker, I want to see the shades of grey in human beings. I want to be able to see them, like all of us, as raw human beings who can do phenomenal things, but also things that aren't so phenomenal. That's something that's evolved for me as I've seen the world around me. I grew up loving history - in middle school, I loved history, I loved reading history - but my takeaway about America, and the American frontier have evolved. My early feelings about Abraham Lincoln have evolved. My feelings about Dr. King have evolved. My feelings about other people I have covered in my documentaries - like Sammy Davis Jr., who I remember worshipping when I was 15 - have evolved. I'm asking myself a lot of questions about these people, who we are, and our role in this society.

AC: It seemed that, when the files were released in 2019, there were people who wanted to make hay of them, and others who didn't want to touch them.

SP: Let's rewind and go back to the sixties. It was a different time for the press, even the conservative press, from my perspective. They didn't grab on to the personal goings-on of professional people, people in the spotlight. If that had been the case, there would have been the revelations that we've learned about John F. Kennedy and other people in the spotlight. So the reason that J. Edgar Hoover was flummoxed was because they didn't take on that stuff. They didn't look in people's personal lives. As you know, we live in a different world, where everything is open game.

“J. Edgar Hoover was flummoxed because [the press] didn’t take on that stuff. They didn’t look in people’s personal lives. As you know, we live in a different world, where everything is open game.”
My question, though, is that even though everything is open game, the information that is out there about certain people just doesn't seem to take hold. It has no impact at all. If you look at all the stuff that's come out about Donald J. Trump over the last three years, none of it seems to have stuck. None of it seems to have affected his base.

Obviously, I imagine that J. Edgar Hoover and [FBI domestic intelligence operations chief] William Sullivan were extremely disappointed that nobody grabbed on to the fact that King had - I'm going to use this phrase - a very complicated personal life.

SP: Everybody does. What this film reveals is that, like any human being, Dr. King had a complicated life. He's a young man, thrown into the spotlight in 1955, 1956 with the Montgomery bus boycott. He's seen as the leader of this growing civil rights movement. He starts this organization, the Southern Christian Leadership Conference, and he's front-and-center in creating non-violent protest in cities across the south and then in the north, trying to break the back of segregation. He has a tremendous amount of strong, important foot soldiers - from Fred Shuttlesworth to Andy Young to Dorothy Cotton to Wyatt Walker, Ralph Abernathy. He goes from city to city with his band of outsiders, trying to make a dent in segregation - Birmingham, Albany, Selma, even north to Chicago. At the same time, knowing full well - even when he might have resisted the idea when he was told by Clarence Jones - that he and his associates were going to be monitored by J. Edgar Hoover and the FBI.

By '63, when he does his march on Washington, he was labeled the most dangerous negro in America - which seems farcical now. This non-violent activist who was doing peaceful protests where people were being arrested, and attacked by dogs, and hoses turned on them. He's being considered a radical? The most dangerous negro in America? You have to ask yourself why, and the why is that he was basically saying that the America that people had grown up with, the America where Black people were on the fringes of society, in their own self-contained communities, and all of a sudden they want to be in the mainstream. How dare they? Weren't they satisfied with being segregated and having their own lawyers and their own doctors and their own little small businesses? Why should they be upset about sitting in the back of the bus? Why should they be upset about sitting in the colored section of the bus depot?

I was watching an old film the other night with Alan Ladd called The Glass Key, and there's a sequence in there with Bonita Granville where he's chastising her for hanging out with these low-life gangster types. She says to him, "I can do anything I want, because I'm free, white, and 21." That was the mantra. If you were a white person, you could do anything you want. If you're a black person, don't think about an integrated America. Are you crazy?

AC: There's this resistance to the idea that something good can come from somebody complex. It's almost inherent in the political stories we tell ourselves, this reductionist approach to people. Yet it's more important if you can say, not everything about a person is perfect but they head in the right direction, but King became very aware that he had to be perfect in public.

SP: And he knew how to do it well. He was brilliant at it. Look at his level of composure, and the language he uses when someone asks him, "Doctor King, don't you feel like your peaceful protests are causing riots in the cities? Don't you feel like you people are moving too fast?" His response is so calm, so focused, so articulate. Obviously there are other things inside of him that he wanted to say at that moment, but he didn't.

But then you listen to the people in the street that we have in the film. One gentleman says, "Hoover says he's worried, that he's a horrible human being, but I think he's 10 times worse." Then this woman says, "I don't like him because he's uppity." Uppity? Why? Because he can present himself well? That's uppity. That shows you what the American mainstream was like, how they felt about Black people and Black people wanting to push themselves into the mainstream.

MLK/FBI is in theatres now. Read our review and find showtimes here.