Banned Leader: The Contradiction of Frank Zappa in Zappa

Alex Winter sees the combative side of a cultural maverick 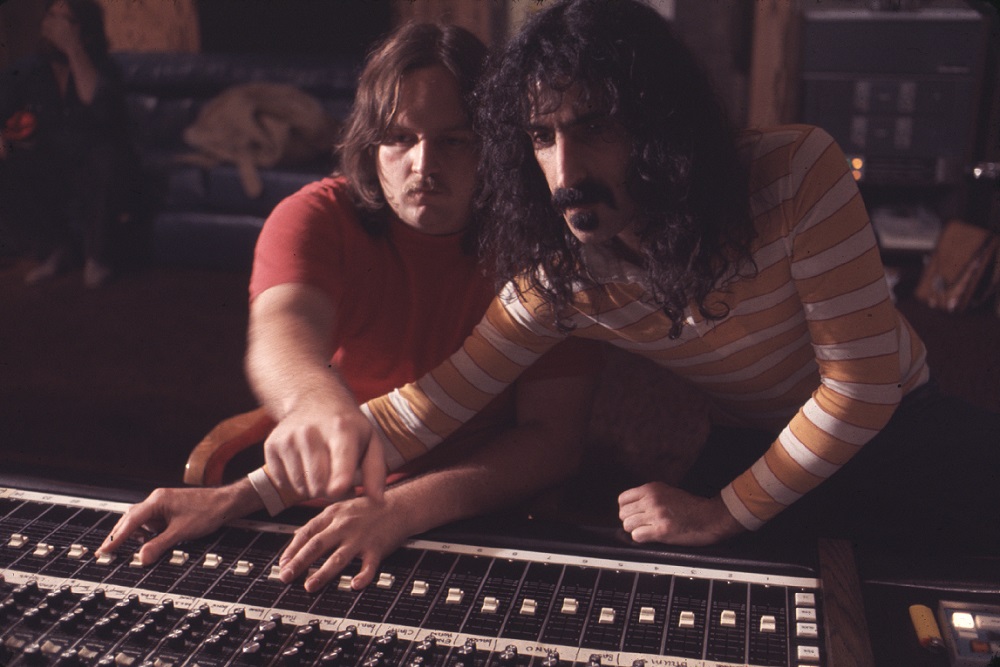 In charge, whatever the cost: Frank Zappa reaches across engineer Terry McNabb in search of the sound he's looking for in Zappa, the new documentary by Alex Winter about the musical maverick and enemy of compromise.

You never forget your first Frank Zappa album. Unless you’re Alex Winter, and then he has an excuse. “I’m so flipping old,” he joked, “that I don’t even remember. It was probably something boring – and I don’t mean the album was boring, I mean something obvious like Apostrophe (‘) or Over-Nite Sensation.”

The reality is a little more complicated for the Bill and Ted star and director of Napster documentary Downloaded and The Panama Papers. Partly it’s because he’s spent the last few years deep in the near-mythical Zappa archive, a vastly complicated digital restoration project that took dozens of professionals and a $1.2 million Kickstarter fundraising push to complete. Partly it’s because he spun all that research off into Zappa, his documentary about the uncategorizable maverick musical genius, from pre-Freak Out! to his swan song, The Yellow Shark.

But it’s also because Zappa wasn’t just a musician to Winter. “I fell in love with Zappa as a cultural icon before I really got the music,“ he explained. “I was of an age where it was our older brothers smoking pot over the garage, and by virtue of our ages we rebelled against anything they were listening to [and] by the time I got the music he was already into the orchestral, even the synclavier stuff.”

That list of collaborators is unmatched in musical history. If anyone else had worked with just Tina Turner, or Captain Beefheart, or Alice Cooper, or drumming legend Aynsley Dunbar, or guitar experimenter Steve Vai, each partnership would be a documentary in its own right. Zappa recorded with literally hundreds of musicians in the studio and performed with an incalculable number live.

That sheer volume of material could be daunting for a filmmaker, and it’s why Winter (who learned narrative scriptwriting before he became a documentarian) worked with his editor Mike J. Nichols on creating what he called “a skeletal architecture” to Zappa, built around a classic three-act, two-hour movie structure. He said, “I like the constraints of that time frame, because at no point did I want to make the quote ‘definitive’ Zappa documentary, or ‘this is every single aspect of everything he ever did crammed into a movie,’ or an album-to-album music movie. I had no interest in that at all. I wanted to tell a narrative story about a man in a specific period of time who, very early in his life, made a commitment to a kind of artistic life that was going to cause him a world of pain as well as be very rewarding, and what the consequences of that decision were. That was the story I wanted to tell, and anything that didn't speak to that story, or the interior life of Zappa, we didn't even think about using.” 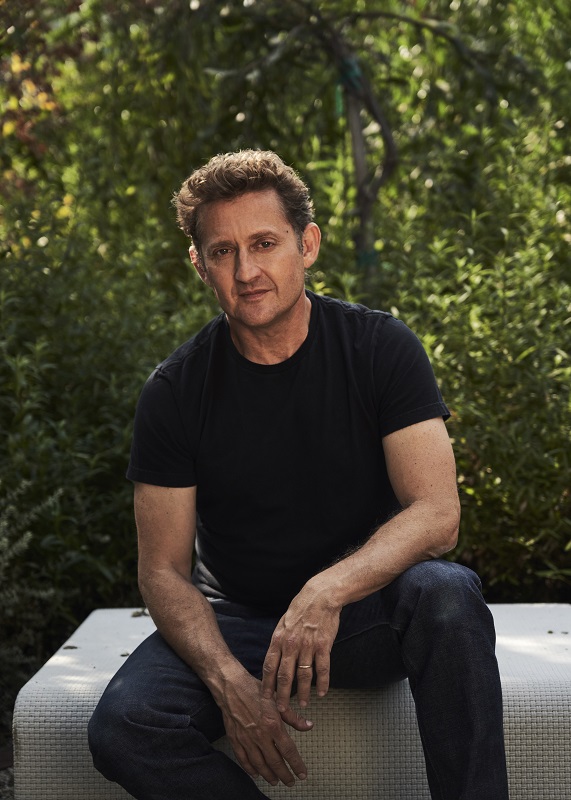 "Zappa is so paradoxical, so internally contradictory, and yet so human that he makes a fantastic doc subject." Alex Winter, director of Zappa, on the paradoxes of Frank Zappa. (Photo by Philip Cheung, courtesy of Magnolia Pictures)

Austin Chronicle: So how long were you in production?

Alex Winter: This is a really specific project, and much, much more complicated than anything else I've done. We'd been on it for six years, and this wasn't "Do a little bit, walk away." Yes, I did other films in this time but I we were very, very involved in this on a day-to-day level from the moment that (Franks' wife) Gail Zappa said we had access to the vault, which was at the beginning of 2015. We made a sizzle before we even met Gail, a little featurette that we showed her in order to get a meeting and discuss the possibility of doing it, and that was in 2014. So by the time we started doing it, we spent two years of archival preservation, and we had no money for making the doc at all at that point - we were just preserving media.

AC: A documentarian with no money?

AW: I know, hard to believe, right? And not only that, but a documentarian pitching a documentary that doesn't exist. So we had 10,000 backers who were giving us lots of media to preserve the media with no potential end in sight beyond the historical record, which is very important. Then we went out and found the financing. So it's been a titanic effort for a lot of us for the last chunk of time.

AC: So what was it about Zappa in particular that drove you to commit that amount of time?

AW: There are very few major American artists whose stories are quite so complex in a compelling way, who are artists that represent the mythological image of the ivory tower creator who never leave the lab. Then you've got artists who are extremely politically or socially active, and engage with the times around them. You've got artists who are sexual hedonists, artists who were boring family men and women, people who fit within the paradigms of their times in a very specific way and ones who were at odds with their times. Zappa is all of those. He's all of them, and that does not exist, so to a documentarian that's a dream. We couldn't believe someone hadn't done this yet. I would have spent 10 years on the story if someone had paid me enough.

I was thrilled to jump into it. Documentaries, to me, are great for the very reason that they examine nuance, and they don't force you to fall hard on one side or the other of the human condition – which is what narratives very much do. Tony Soprano is a bad guy but we love him because he's written as a hero. They call him an anti-hero, but he's really just a hero who does bad shit. Human beings aren't like that. It's fun to watch stories like that, and they have catharsis and meaning. I love narrative, and it's very specific what it can do, but what it can't do is represent 360 degrees of the human condition. Docs are really good at that, and Zappa is so paradoxical, so internally contradictory, and yet so human that he makes a fantastic doc subject.

AC: So many people have an idea about what Zappa must be, and you can tell there are points where he's clearly angered by that. 'Oh, you're going to do a follow-up to 'Valley Girl.'" "No, I'm not." "You must be a stoner." "No, I'm not." Did you see that as something that drove him, either pushing back against people's preconceptions or trying to correct them?

AW: I think that he was wary of being classified, because he thought it would limit his personal and artistic freedom. He was naturally predisposed to rebuff anyone that tried to classify. This is really just an outsider's point of view, and I'm not speaking with any degree of expertise other than I've been wading around in his life for the last six years, but it did not seem to me that he was not genuinely disgruntled by not being got, that there was some Zappa that was there to get and he was not being gotten.

I think he was more irritated by people presuming he was something that he wasn't, and people trying to put him in a box. Even beyond himself - it wasn't just a self-related problem that he had, it was a societal problem that he had. He didn't like the hippie movement, he didn't like the San Francisco scene, he didn't like what he viewed as the pretentious phoniness of the New York art scene at the time, the so-called Warhol set. He rebelled against all of that. He had a lot of friends and he had a lot of friends that he could relate to, but he tended to not settle into some form of classification or another, or sign on to some particular group or another. I think he felt it was limiting, both as a free thinker and as an artist.

Zappa is available on VOD now. Read our review here.