Sundown for the El Rey Network 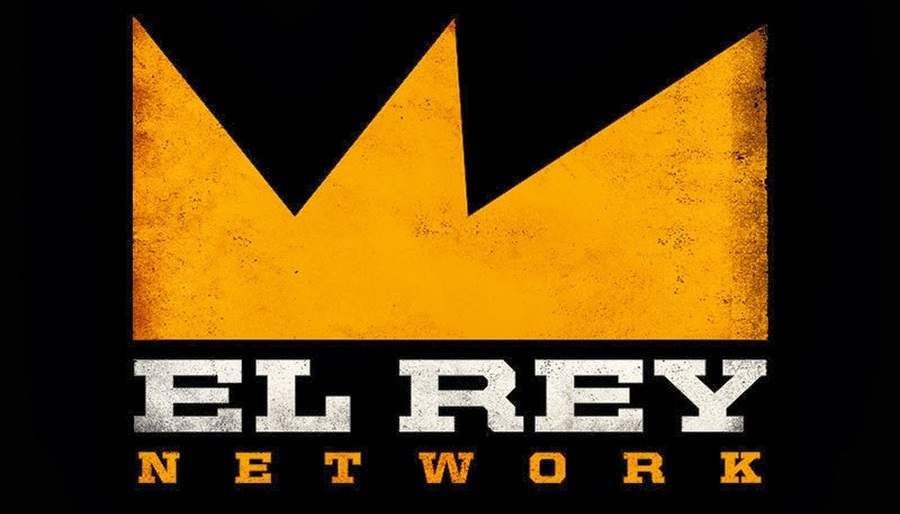 There's a gap in your cable box right now: El Rey, the TV network established by Robert Rodriguez to cater to and provide a platform for Hispanic audiences and talents, shut down on New Year's Day as its partnership with Univision ended.

When the Univision withdrawal was announced, Rodriguez thanked the cable firm for seven years of partnership, but stressed that El Rey would continue as a brand and a production house, rather than a network. He said, "This is an important and significant milestone for El Rey, and we’re thrilled to have full ownership of our brand. Thanks to Univision’s support and guidance, El Rey has been able to achieve more than we ever imagined and I’m confident that with this strong foundation we will continue to successfully serve one of the most important and influential audiences.”

Rodriguez originally announced the network in 2012 as a collaboration with FactoryMade Ventures for Comcast. At its height, El Rey reached 40 million households, but that fell to 33 million last year due to a combination of industry factors. However, the warning bell rang last October when Univision announced it would no longer be a minority partner. That decision meant that El Rey became independently-owned, but also saw that number of households receiving the channel plummeted to 13 million. That number finally fell to zero over New Years, as El Rey finished operations as a cable and satellite channel. However, that doesn't mean the end of El Rey: The brand will continue, with Univision providing with sales and distribution services for its programming.

Launched in 2013 with a slate of syndicated shows and retro movies, El Rey broke into original programming in 2014 with the serial reboot of From Dusk Till Dawn, the first episode of which debuted at SXSW. That was followed by Matador, a soccer-centric spy drama written and produced by Roberto Orci and starring Austin native (and True Detective and Terminator: Dark fate star) Gabriel Luna as a CIA agent who has to go undercover in a football team.

Rodriguez wasn't just chairman and founder. He also directed and even appeared on-screen as host of The Director's Chair, an interview show in which he used his relationship with directors like John Carpenter and Quentin Tarantino to cut past the niceties for a show that was peers talking to peers about the filmmaking process.

El Rey also blazed a trail with the innovative wrestling show Lucha Underground, which not only emphasized Mexican-style lucha libre over American pro-wrestling, but pioneered the "cinematic matches" that other televised promotions have adopted during the coronavirus pandemic. It was also the first national TV exposure for now-major stars of the industry including WWE wrestlers Riccochet, AEW stars Pentagon Jr., Rey Fenix, and Thunder Rosa, and Ring of Honor talents Rey Horus and Jeff Cobb.

As with any network, El Rey also had a reality show component. In 2018, Rodriguez was back on-screen as mentor for Rebel Without a Crew, a competition in which filmmakers were given $7,000 to make a film (a throwback to his micro-budgeted debut, El Mariachi). The following year, he added his other big passion, cooking, when he turned Mando Rayo and Jarod Neece's Taco Journalism blog into United Tacos of America, a road trip to find the finest fillings stuffed in tortillas across the U.S.

As with all Rodriguez endeavors, the network retained strong Austin links. Many of the shows shot here, and it also provided a cable home for series from another local institution, including Red vs. Blue, Crunch Time and Day 5, all from Austin-based Rooster Teeth.

However, the last few years had been tough for all cable networks, and El Rey was no exception. Its programming moved away from expensive original scripted drama to a mix of reruns and cheaper chat show formats, although its curated movie marathons (including the fan-favorite Kaiju Christmas block) retained a loyal audience.

Reorienting El Rey as a brand adds to Rodriguez's already-packed slate for 2021. Netflix just announced that they're commissioning a followup to his kid-friendly superhero flick We Can Be Heroes, while he's also been announced as executive producer on The Book of Boba Fett, the recently-announced Star Wars show for Disney+. Add on to that developing a revamp of Zorro co-written with his sister Rebecca Rodriguez (who will also direct) and executive-produced with Sofia Vergera for NBC, plus picking up on shooting the delayed Hypnotic, starring Ben Affleck.