Plus another dozen returning shows to reacquaint yourself with 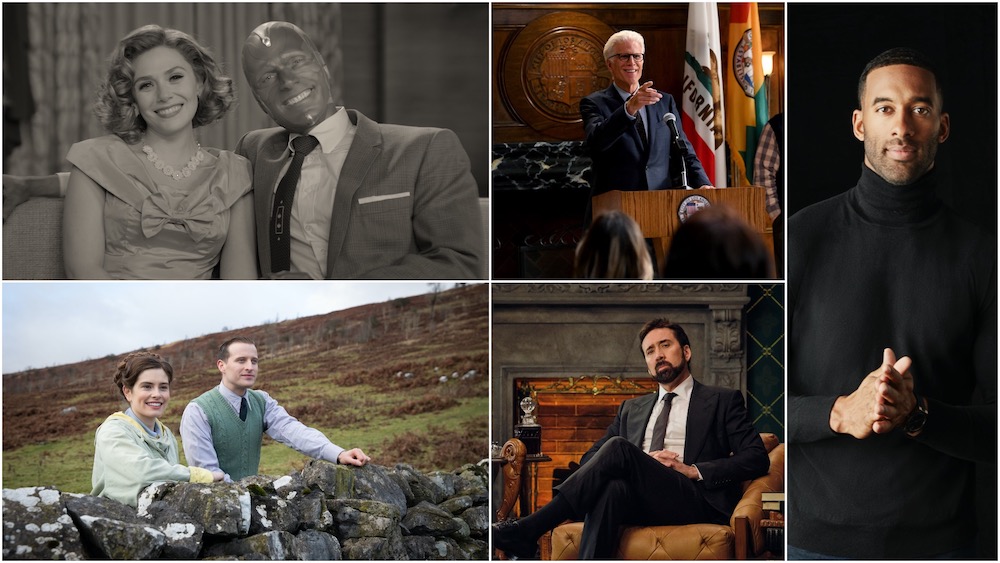 Sure, it’s a new year, but until your number gets called for the vaccine, you’re going to spend 2021 exactly like you did 2020 – warming the couch, holding your remote like the hand of a loved one, and binging so much TV the fictional people who live inside the box will start to feel like family.

So here are 12 new shows debuting on broadcast, cable, and streaming in January, and another dozen returning shows to keep you busy, thus ensuring you'll never have to be alone with your thoughts.

With a premise that will surely perk the ears of Doctor Who fans, case-of-the-week procedural meets sci-fi/fantasy in this BBC adaptation drawn from Terry Pratchett’s Discworld novels. Richard Dormer (Game of Thrones’ Beric Dondarrion) stars as a grizzled member of the Ankh-Mopork police force. (Jan. 3)

One of the great mysteries of The Bachelorette season that just concluded was why turtlenecks were so popular among the male suitors who were quarantined at a desert resort in the Coachella Valley, where the average high in July is 107.2 degrees. Promos for this new season show confirm incoming bachelor Matt James shares the same proclivity for turtlenecks – but this time the quar-bubble has moved to Pennsylvania in fall, where his cozy sweaters will fit right in. Of slightly more significance: James marks the first ever Black male lead in the show’s history. And given his best bud is Bachelorette season 15 favorite Tyler Cameron, expect a cameo from the salmon jacketed one. (Jan. 4)

30 Rock won hearts for its absurdist, motormouth comedy and lovable dirtbags who were also kinda (accidentally) decent at heart. Can show creators Robert Carlock and Tina Fey channel the same with this new sitcom about an untested politician and single dad who winds up running Los Angeles? Casting Ted Danson as the mayor is certainly a step in the right direction. (Jan. 7)

All Creatures Great and Small (PBS)

Based on James Herriot’s oft-adapted books about his experiences as a village veterinarian in 1930s Yorkshire, this six-part miniseries broke viewership records when it debuted in the UK in late summer. (Its Masterpiece Theater run concludes with a seventh episode, a Christmas special that aired across the pond in December.) Fans of The Durrells in Corfu will find similar charms in this well cast, whisperingly eccentric series – it’s family-friendly, too – and the Yorkshire Dales, if no Greek isle, are still awfully easy on the eyes. (Jan. 10)

The Marvel Cinematic Universe is just as housebound as you and me these days, as evidenced by Disney’s investor day announcement that the superhero likes of She-Hulk and Ms. Marvel are all headed to Disney+ for their own standalone shows. Leading the cavalry charge to television is this hotly anticipated and very trippy-looking series based around Wanda Maximoff (Elizabeth Olsen) and Vision (Paul Bettany), a witch and an android just trying to make their unconventional relationship work. Cast credits include Marvel returning players Kat Dennings as former intern Darby and Randall Park as FBI agent Jimmy Woo, plus Kathryn Hahn in a new role. (Jan. 15)

True crime buffs will want to check out this four-part miniseries, which weaves together archival footage, talking head interviews, and dramatic reenactments to explore a string of murders in 1960s Perth, Australia, and the miscarriages of justice that convicted the wrong men for the handiwork of the titular serial killer. (Jan. 19)

After 15 seasons on cult series Supernatural, star (and Austin resident) Jared Padalecki is staying in the CW family and slipping into the same shoes (Stetsons, one presumes) as Chuck Norris with this reboot of Walker, Texas Ranger. (Jan. 21)

Is it progress that Flack affords a woman the all-too-rare shot at playing an antihero, the kind of “broken man behaving badly” archetype that was all the rage when Tony, Walter, Don, and Frank dominated our primetime viewing? Or is it just crummy timing, considering all those a-holes are off the air now and the appetite for antiheroes has arguably waned? Maybe what’s old is new again: Season 1 of Flack, which stars Anna Paquin as a London-based fixer at a PR firm, first debuted in the UK in February 2019; then aired in the U.S. on Pop TV, a channel half-remembered as if in a dream as the original home to Schitt’s Creek; now it debuts again repackaged as an Amazon Original. (Jan. 22)

Actor, artist, and musician John Lurie isn’t new to TV; his proto-reality series Fishing With John, wherein he went fishing with indie film pals like Jim Jarmusch and Dennis Hopper, was an underground darling. In this HBO original series, filmed at his home in the Carribean, he turns his focus to watercolors, a regular anti-Bob Ross: “None of the trees in my painting are happy. They’re all miserable. They are very unhappy. The flowers in particular are miserable.” (Jan. 22)

Starting with 1995’s The Brothers McMullen, Ed Burns’ feature films have often trafficked in character driven stories inspired by the writer-director-actor’s own background. No word yet on if there’s any autobiography threaded into his six-part, 1980s-set miniseries about recent college grads, but the setting, at least – Long Island – mimics Burns’ own upbringing. (Jan. 24)

Firefly’s Alan Tudyk is just one of those guys that you’re always glad to see onscreen, which doesn’t always happen considering how in demand he is as a voice actor (Rogue One, Harley Quinn animated series). Here, happily, we get the whole megillah. He plays an alien who crash lands on earth and hides among us as a small-town doctor. Adapted from the Dark Horse Comics series. (Jan. 27) 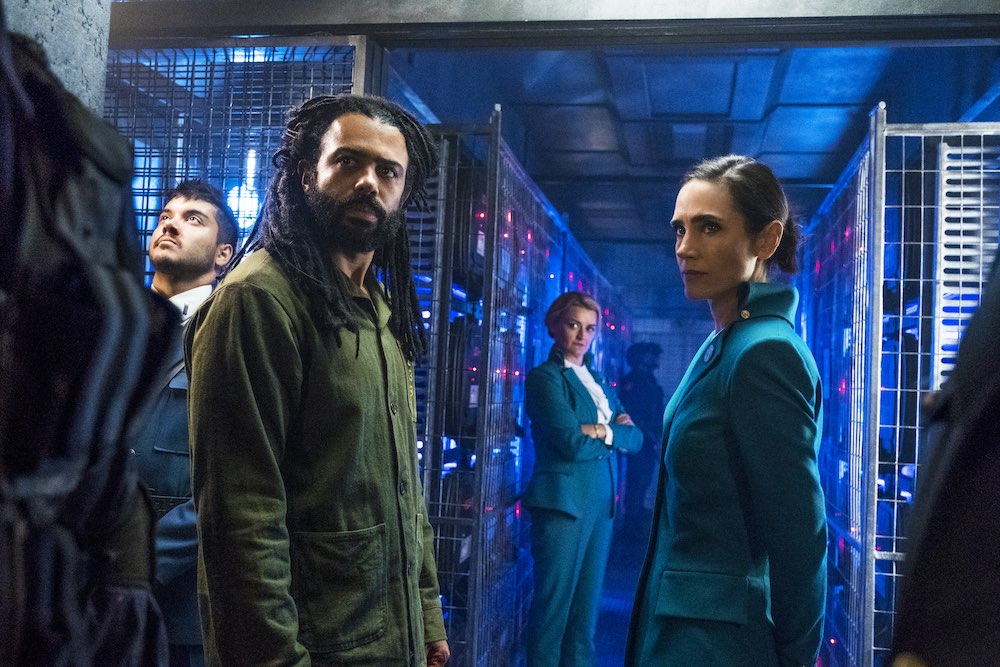