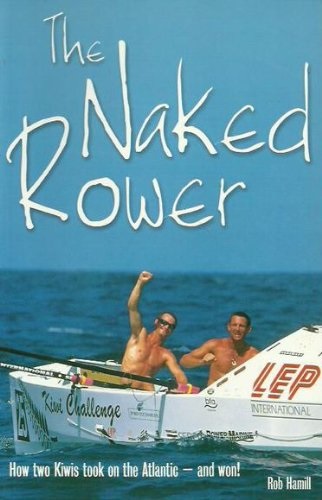 The Naked Rower, the autobiography of record-setting athlete Rob Hamill, is being adapted as a film by Austin-based Flatiron Pictures

However, this will not be a conventional sports biodoc. Weinert, who normally spends a portion of the year in New Zealand, said she was introduced to Hamill and his story by a mutual friend that she had met while volunteering for Habitat for Humanity in Nepal. The friend told her about Hamill's sporting achievement, but also about the documentary about his family, Brother Number 1. She then met the athlete and his wife, Rachel, "[and] Rob gave me a copy of the documentary and a copy of his book, and I looked at both of them over the next few days. ... I just thought, this should be a movie."

The book follows how Hamill and teammate Phil Stubbs set a world record for their human-powered crossing of the Atlantic, taking 41 days to travel from Tenerife to Barbados. However, the film will also tackle a great tragedy in Hamill's life, as covered previously in the documentary - the search for what happened to his older brother, Kerry, whose yacht disappeared in 1978 in Cambodian waters patrolled by the Khmer Rouge.

Weinert has been a constant in Austin's film scene, producing titles as diverse as Heather Graham/Amber Heard vehicle ExTerminators, Rooster Teeth's space comedy Lazer Team 2, Kat Candler's family drama Hellion, and recent slack documentary J.R. 'Bob' Dobbs and the Church of the SubGenius. She explained she was inspired to take on this story by the deeply political films of the 1970s and 1980s, "movies like Swimming to Cambodia and The Killing Fields, and this wonderful movie called Missing starring Jack Lemmon and Sissy Spacek."

Weinert said that the original plan was to work on the script this year with Hamill in New Zealand "over our summer, their winter ... but Covid has derailed that." They are currently working remotely on the script, and expect to have a rough draft in the next few months. Flatiron is already working on financing, with the intention of of shooting in New Zealand and Fiji.