Pro-wrestling documentary with a micro-focus on personality 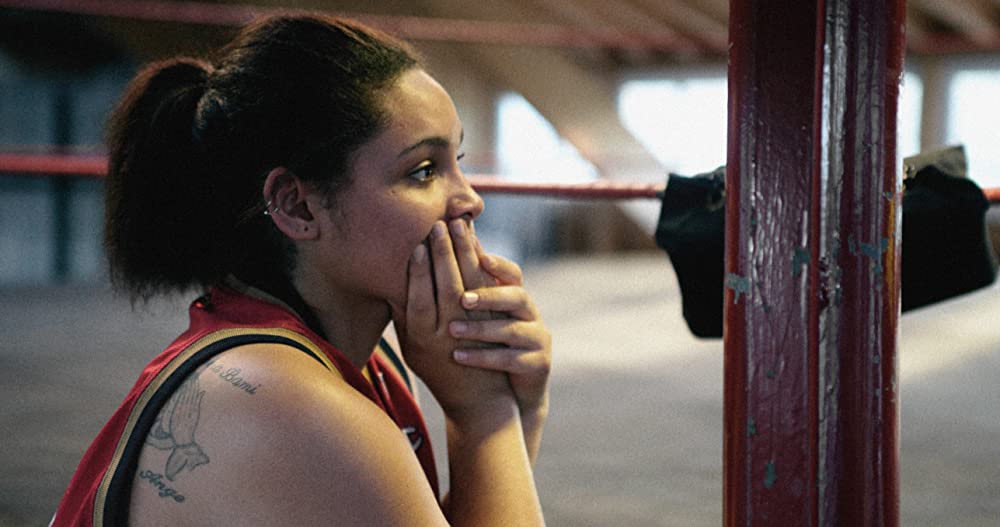 Character is everything, and in professional wrestling its called a gimmick. In Ale, finding that gimmick becomes a question of finding yourself.

O'Neil Bürgi's documentary follows 19-year-old trainee pro-wrestler Ale (Alessandra Goh Bollier outside of the ropes) into the ring as she learns to run the ropes with War Wrestling Academy Rorbas, a small wrestling school in the equally tiny Swiss town of Rorbas. She doesn't have dreams of becoming an international megastar, setting her aim instead on the more achievable goal of having some fun, maybe wrestling a few matches in neighboring countries. But first, she needs to work out who she is in the ring, find that gimmick that clicks with her.

It's frustrating that Bürgi or whoever typed out the subtitles decided to not use the word gimmick when Ale definitely does (imagine describing a football uniform as a boutfit - it's not wrong, but anyone who know the game will wince internally). What's even odder is that this is a trip into the process of finding a gimmick, which is something actually pivotal to a wrestler's identity. Cases in point: AFF will be closing this year with the WWE documentary about two future hall-of-famers, Kane and the Undertaker, and it's hard to imagine that they would have reached the heights of their careers if they were still working under their old gimmicks of Isaac Yankem DDS, the wrestling dentist, and Texas Red. That Ale has guest trainer Chris Chavis, aka former WWE wrestler Tatanka and a man who truly lives his gimmick, explain the importance of having the right fit inside and out: because if you don't believe it, neither will the audience.

Maybe that would matter more if Ale didn't take a radical and unexpected turn, one that fundamentally alters the trajectory of the story and of Bollier's life. It's the kind of shift that could have derailed the entire project, but Bürgi keeps to the core idea - of finding oneself. In the case of Bollier, it's a direction that the audience may find frustrating one multiple levels, but that's seems to be Bürgi's point in capturing this small portrait of a regular teenager. Making decisions that leave her mother disappointed without wrecking their relationship, it turns out, is her gimmick.