Nightstream Review: Anything For Jackson

The love of grandparents rips the doors off Hell 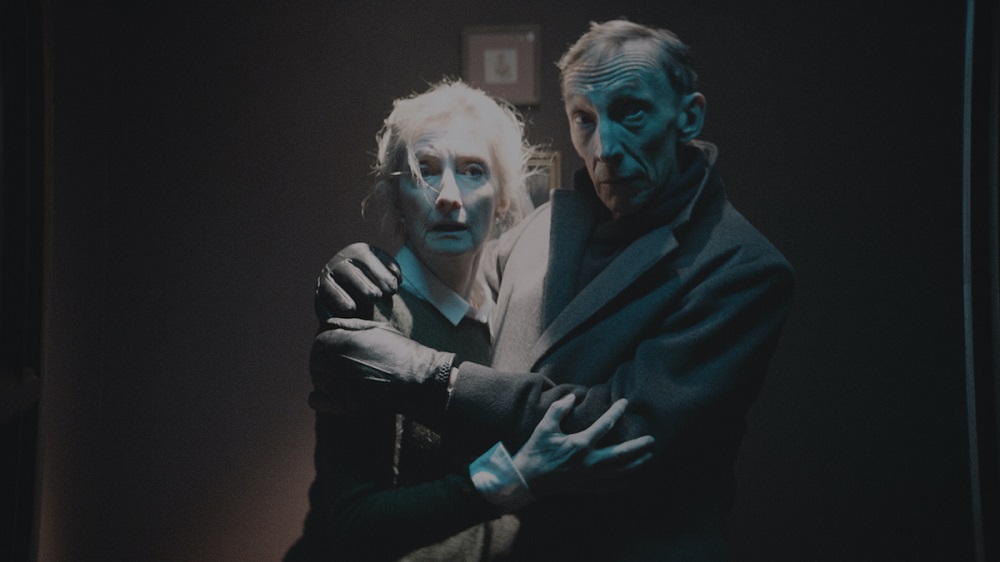 Loss is a break in the cosmos. When OBGYN Henry Walsh (Julian Richings) and his wife, Audrey (Sheila McCarthy), lose their beloved and only grandson in a car crash, they have no clue what to do. Well, maybe one.

Rather than throw themselves into some new hobby, they kidnap one of Henry's patients, Shannon (Konstantina Mantelos), tie her up in their spare bedroom, and prepare her for a black magic rite that will open the door to the afterlife and let bring the lost boy's spirit into the body of her unborn child. It's not mean, you see; And Shannon probably wouldn't be a good or eager mother, they justify to themselves; So, really, this literal deal with devils is all for the best.

Balancing supernatural horror with domestic drama, Anything For Jackson is a complete ricocchet for director Justin G. Dyck and writer Keith Cooper, who have previously collaborated on tween-friendly far like A Witches' Ball, and anodyne romances with titles like A Very Country Christmas. Their horror isn't simply drawn from the ghosts and spirits that are drawn to this conjuring, or the violence that this adorable old couple find themselves forced to enact because, well, in for a penny, in for a pound. It's the terror of loss, of the void of absence. It's the horror of walking into a room after the fire has gone out, and even the embers are no longer glowing. You're there for the memory of heat, and that's what makes Audrey and Henry the most unpredictably empathizable antagonists in recent genre history. They are doing literal evil, with a body count, but everything they do is something that the audience will either understand, or even maybe feel they can justify, if even for a second. It's a queasy mix, pulled off solely because McCarthy and Richings bring a lifetime of understanding to the parts. They feel like an old couple trying to fill the hole left in their lives. They're not cartoon villains, or deranged practitioners of the black arts. They're grandparents, and that's why Anything For Jackson is first and foremost a tragedy.

It's particularly wonderful to see Richings given a truly rounded and moving role: Too often cast for his distinctive elongated face and angular motion in parts like the Hooded Leader in Todd and the Book of Pure Evil, or Death in Supernatural, the instantly recognizable character actor finally gets a part that isn't listed in the credits as either "Mr (Insert creepy last name)" or "{Enigmatic single word) Man." He catches the unstable determination of a man that has convinced himself that what he's doing is right because his wife (McCarthy, brittle and tender) has convinced herself of the same. Even as the rules of reality unfurl because of their selfish acts, you feel sorrow for them.

That Dyck also pulls off an extremely successful haunting movie is a superb bonus. The intrusion of scummy scamming Satanists, the magickal equivalent of email phishers, shows how far out of their depth the old couple are, but also open the door to eerie forces, innovative and sometimes gruesome ghosts, and a demonic presence whose eventual physical reveal implies ancient and considered malice. His occult vision has the same off-kilter, nausea-inducing dread as two other recent landmarks in dire and dour low-budget paranormal drama, The Deeper You Dig and A Dark Song - both, far from coincidentally, also exploring themes of loss, and what we will do to be whole again. That Anything For Jackson adds self-sacrifice into this sacrificial rite brings a different, and equally melancholic, sense of unavoidable foreboding.

Nightstream, Anything For Jackson