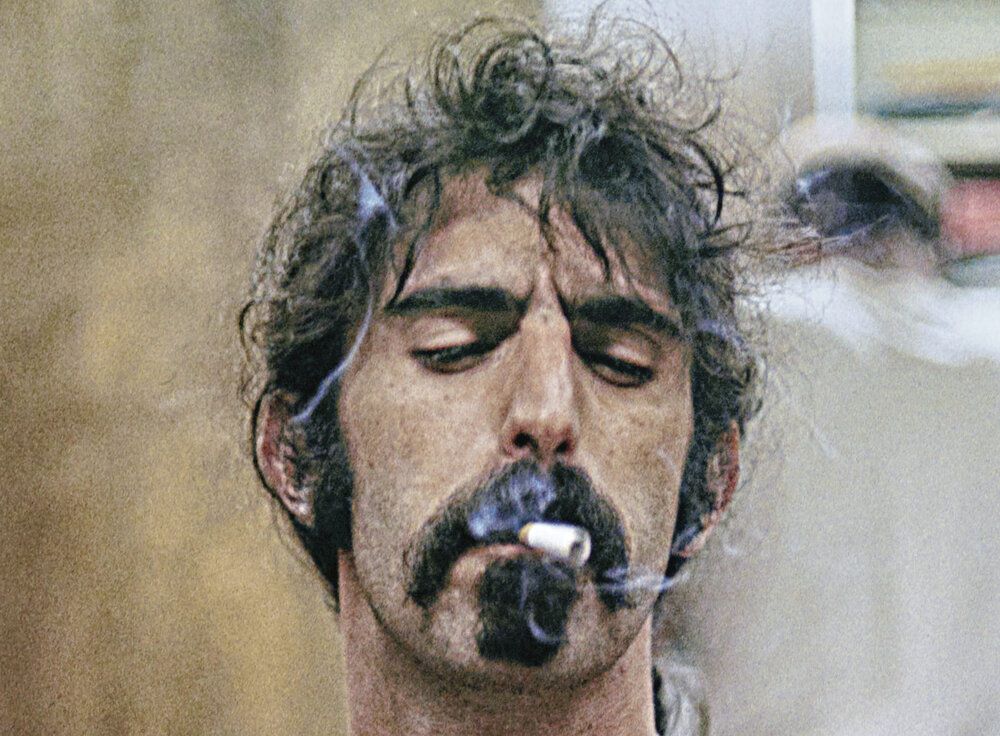 Zappa, Alex Winter's documentary about Frank Zappa, which is this year's closing night film for the Sound Unseen film and music festival

Who says there are rules in rock and roll? Of course not. That's why the new Sound Unseen Film/Music Festival has announced that Zappa, the documentary about the king of freak out tunes, will be the closing night film before they even announce the opening night title.

Did we say new? At least, new to Austin. The hybrid music/movie festival has been based in Minneapolis for the last 20 years. Yet with the coronavirus lockdown in place festival director Jim Brunzell (probably best known around here as artistic director for aGLIFF, the All Genders, Lifestyles, and Identities Film Festival) has sent the festival online interstate, with most titles available in Minnesota and Texas.

Sound Unseen Program Director Richard Gill explained, “This year has brought seemingly countless challenges for everyone in every walk of life, and certainly for film festivals and the film and music industry. However, we have looked at the opportunities that being in the virtual space present to us and one of those is making these great films, the work of the fantastic filmmakers and music artists available not just to our Minneapolis fans, but also to the entire state of Minnesota. In addition, we have long wanted to offer the Sound Unseen experience in Austin, Texas, due to that city’s legendary music scene, and the fact that our festival director Jim Brunzell, lives there, so the ability to open ourselves up to the state of Texas is another great silver lining.”

This means Austinites will finally get to Alex Winter's biography of Frank Zappa, which was supposed to play SXSW. Alongside that, Texas audiences will have online access to Bleeding Audio, charting the rise and fall and rise and fall of pop punkers the Matches; a deep dive into Baltimore's club scene in Dark City Beneath the Beat; and Stardust, with Johnny Flynn as David Bowie on the tour that would lead the young pop star to embrace his performance art roots and become Ziggy Stardust.

Sound Unseen will run Nov. 11-15, with virtual screenings available online in Texas and Minnesota. Early bird passes are $50, and are available at the reduced price through to the week of the festival: Individual screening tickets will also be available. More details and passes at www.soundunseen.com.

Here's the first round of films available for Austin audiences: Stardust, playing at the Sound Unseen film and music festival which, for the first year ever, will be available to Texas audiences as a virtual event

Bleeding Audio
D: Chelsea Christer (USA, 90 min) Bleeding Audio is an intimate portrait detailing The Matches' promising career, defeating break up, and inspiring reunion as they reflect on what success truly means for musicians in today's digital industry. The Matches' story overlaps with the drastic changes the music industry has undergone in the past several years. From declining record sales, to excessive touring, to illegal downloading and streaming. This documentary uses The Matches history and recent reunion to dig deeper into the root of the challenges the average musician faces in the digital age of the industry, and how artists can navigate their careers today.

Stardust
D: Gabriel Range (UK, 109 min)
In 1971, a 24-year-old fledgling David Bowie (Johnny Flynn) is sent to America to promote his newest record, The Man Who Sold the World. Leaving behind his pregnant wife Angie (Jena Malone), Bowie and his band embark on a makeshift coast-to-coast promotional tour with struggling Mercury Records publicist Rob Oberman (Marc Maron). Stateside, Bowie is quickly met with an audience that’s not yet ready for him. During the tumultuous journey, Bowie slowly begins to realize a need to reinvent himself in order to truly become himself; it’s with that realization that his iconic, celestial alter-ego Ziggy Stardust is born.