Bigfoot and Butterflies: Across the Dark Divide With David Cross

How shooting his wilderness adventure changed his brain 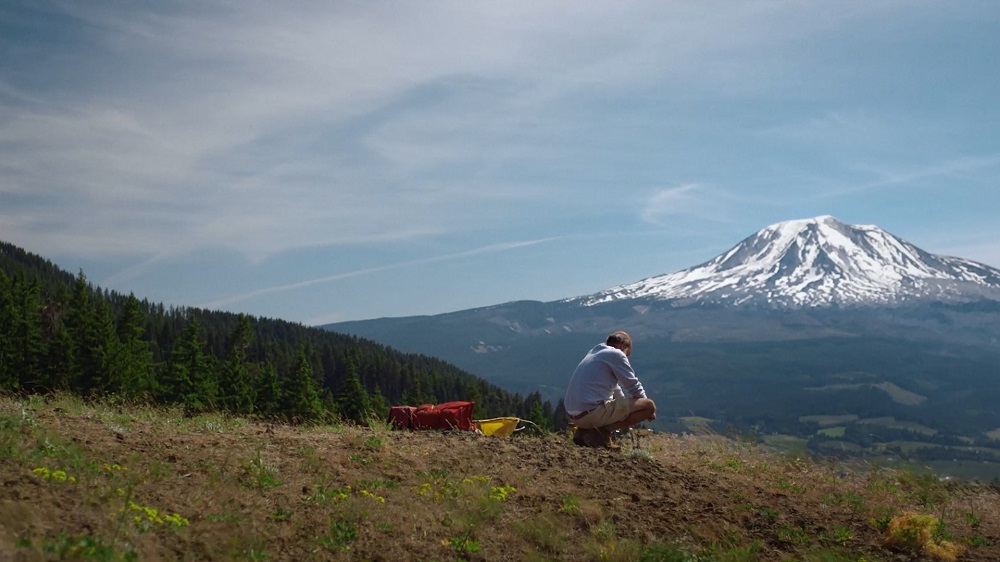 Ever been so cold that words fall out of your brain? David Cross was, on the set of his remarkable wilderness story The Dark Divide as he plunged through freezing-cold rapids in the Pacific North-West. He recalled, "In the movie, when you see me going, 'No, OK, god, no,' that's all real."

The actor and comedian's life was put in definite peril (of at least some pretty serious scrapes, scrawps, and hypothermia) in the The Dark Divide, a moving drama based on the book Where Bigfoot Walks: Crossing the Dark Divide by biologist Robert Poyle. Adapted by director Tom Paton with Poyle (and, Paton noted, a lot of input from Cross, who played the fish-out-of-water researcher on his hunt for the wild man of the Pacific North West), The Dark Divide is a very, very different kind of Bigfoot movie.

Austin Chronicle: Bigfoot films, among all monster movies, seem to speak very specifically to our connection with nature. Sometimes they're overt ecological metaphors, like Exists - although, technically, that's a skunk ape, not a sasquatch.

Tom Paton: I love a man who knows his hominids. I appreciate the delineation with the skunk ape.

The thing I loved about Bob's book was that I grew up right by where it takes place, and it was really neat to read a book by a PhD, Yale-educated biologist looking at the phenomenon. 'Cos he ended up right where you're talking about, that it's a way to connect to nature and our past, and that we're part of this much larger whole.

AC: And what's fascinating about Bigfoot is that - and I've talked to people who've lived in areas with stories of animals like them - even if it's not real, it's real. It's something in your life. It lives in this liminal, intellectual space where you always want it to be there, and that's a fascinating part of cryptozoology.

TP: I will tell you, seven-year-old Tom who used to get lost fishing with my dad in the Gifford Pinchot [National Forest] and was convinced Bigfoot was after him, totally disagrees with you.

But yeah, it would be completely amazing to live in a world where that was possible. I would much rather life with that kind of a surprise than everything we're living with for the last few months.

AC: Robert's book is much more about Bigfoot and the culture around it, but you put much more emphasis on him as a person.

TP: I read the book, and I loved the book, and I found the Bigfoot parts interesting, but I really responded to the character moments. In the book, he's running around naked, in his boots, chasing the butterfly, and suddenly something's there with him. His drowning, almost falling off the cliff, his discovery of his place in nature, that was the part that really spoke to me.

It was actually a 10-year process to get the film made, and I worked with Bob extensively throughout, so ultimately the film's not only based on Where Bigfoot Walks but on seven of his other books as well, and the other books had nothing to do with bigfoot. They're about his life, and (his wife) Thea. We play with the chronology, but Thea died while we were working on the script, and it was such a big change in Bob's life, and seeing how that affected who he was and his relationship with the world, I couldn't not put it in the movie.

“You know those lead aprons, when you go to the dentist to get an x-ray? It felt like someone was putting a lead apron on my brain.” - David Cross on leaping into freezing water for The Dark Divide
AC: This was all shot on-location, in some very real and unforgiving backwoods. David, were you particularly outdoorsy before this?

David Cross: Not in that sense, not even remotely close. Like most people, I appreciate nature and the outdoors, and I have a house upstate that I'm at as often as I can be. That's in the woods in a small town by the Delaware river, and I go for hikes all the time, but this is at another level. I've never done anything close to this kind of thing, and as much as I like hiking and being out in nature - in almost every form of nature except for the desert, which I don't care for - I like to sleep in a bed indoors. I've probably been camping in tents four or five times in my entire life, and it's not that pleasant. I'm not the Robert Pyle kind of outdoors-y.

TP: But that's David, whenever you see these things happen. That lava tunnel's a real lava tunnel, and everything's really cold and sharp. That's David on the side of cliff. That water that David's in was maybe 35 degrees.

DC: We had the safety guys pulling me out of there. That was probably the craziest thing I've ever experienced. Being that cold in that water was certainly very interesting, physically. You know those lead aprons, when you go to the dentist to get an x-ray? It felt like someone was putting a lead apron on my brain. 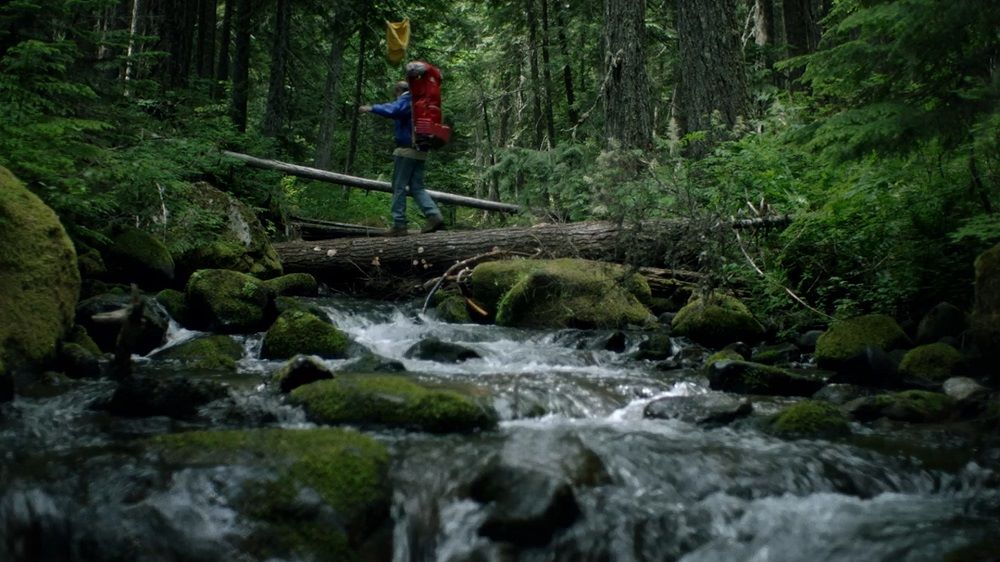 "That's David, whenever you see these things happen. That lava tunnel's a real lava tunnel, and everything's really cold and sharp. That's David on the side of cliff. That water that David's in was maybe 35 degrees." - The Dark Divide director Tom Paton.

TP: David, I don't know how much you even remember of the aftermath of that scene in the water. A lot of things were done in one or two takes, and unfortunately that water scene we had to do twice, because it was so complicated, and put David under. David, when you came out of that, there were a couple of hours when I remember you weren't sure where you were. You were very disoriented. That day was the scariest thing in the film.

TP: I remember the second AD running up and going, "He doesn't know what a trailer is! What are we going to do?" Oh boy ...

AC: One of the most amazing moments in the entire film involves David and an owl ...

TP: I'm glad to hear that, because of how difficult it was. That was a real owl.

DC: That owl's a lot heavier than you might think.

TP: I didn't realize there's only two trained owls, and it's illegal to film spotted owls, which we found out a week into production. So we actually used a different owl and digitally spotted it.

And what you can't see is that the owl wrangler is right off camera, waving a frozen mouse to keep the owl in place, and it kept hitting David in the face. And that owl poops, by the way.

DC: I forgot all about that. I was saying that the owl was so demanding, and wouldn't come out of the trailer for quite a long time. Not a particularly pleasant experience with that particular owl, but I wasn't in casting so what do I know?

The Dark Divide is available as a virtual cinema release now. Read our four-star review here.