The Untold Tale of Stuntwomen

Director April Wright is setting the history of Hollywood straight 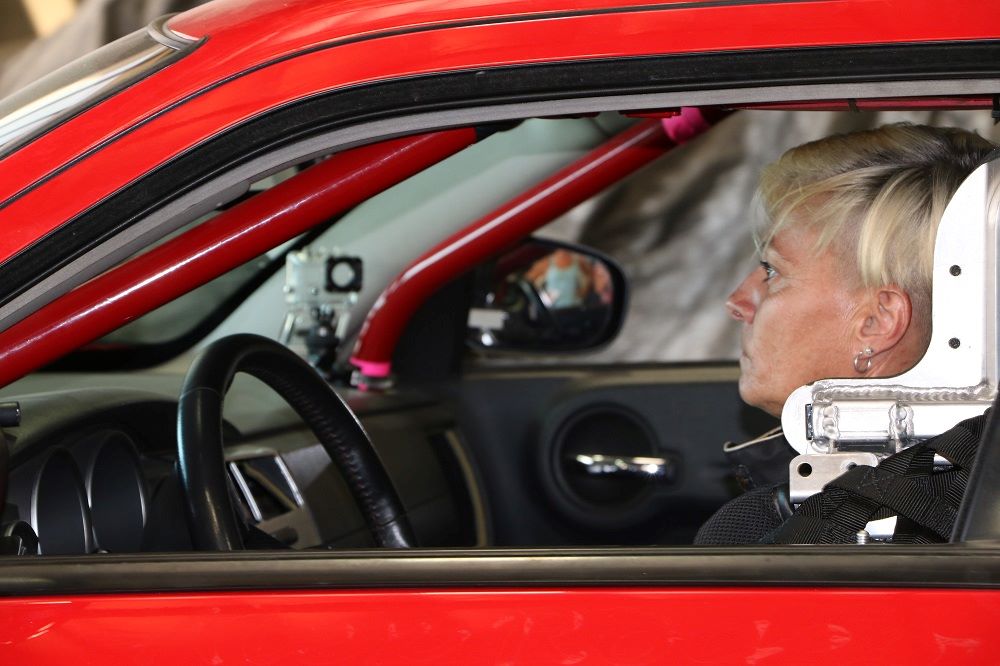 Jen Caputo, one of the performers risking live and limb on-screen, who finally gets the chance to rewrite history in Stuntwomen: The Untold Hollywood Story

The tale of Hollywood is just like any other narrative. "It depends who tells the history," said director and documentarian April Wright, who is adding some missing pages back into the archives with her new documentary, Stuntwomen: The Untold Hollywood Story.

Stuntwomen is Wright's third documentary about the history of cinema, but it's a change of direction from her opening volley. Under the Going Attractions title, her two films - The Definitive Story of the American Drive-in Movie and The Definitive Story of the Movie Palace) - sat in the stalls with the audience experience. Now she's in the passenger seat with the daredevils of the movies, as she explores and celebrates the often-overlooked history of women stunt performers.

"They're all similar in that they're all aspects of cinema history from different points of view that you may not think about," she explained about her films. "Because we're cinephiles, we've all paid attention to the history of cinema and we know it. But looking at how drive-ins figured into that, or looking at how the movie palaces came to be, Stuntwomen is just another aspect of how they have figured into the films we have loved over the years without really being aware of it."

And women were making action films from the very birth of cinema. Stuntwomen includes clips from The Hazards of Helen, a series that ran for 119 thrilling episodes from 1914 to 1917. "It was the first female-driven action franchise," said Wright, with women stars who were just as willing to risk life and limb as the men of the time. "Helen Holmes, she did some of the stunts herself but she also had a stunt double, so they had doubles even back then. When she got injured, Helen Gibson took over. So it was pretty widespread, even a hundred years ago."

Yet even while the industry seemed disinterested in stuntwomen, they were always there, doubling for stars, making moves better, adding action - and always under the same mask of anonymity that is the stunt performer's signature. So never presume that you know who did what stunt, as shown in the opening montage of daredevil history in Stuntwoman. Wait for the clip from Burt Reynolds' madcap car wreck classic Hooper of a car flip. "That was Janet Brady," said Wright, "and everyone believes that was the first car flip that a stuntwoman did."

Austin Chronicle: The early days of cinema were marked by stars who were prepared to do their own stunts because that was just "the thing you did." When Hollywood moved away from that, it seems like women were affected the heaviest.

April Wright: That's the story of Hollywood - that there were more women involved in the industry in the beginning, and then once the studio system came about a lot of the women got pushed out. And not just in stunts: writing, producing, directing, all the things that they were doing at the beginning. ... For me, as a woman trying to break into the Hollywood system - which is still heavily male dominated, especially in the director category - we can look at stuntwomen, and their story represents the whole industry and that ongoing struggle for women and people of color to have careers.

AC: How did focusing on stuntwomen become the way you approached that story of inequality?

AW: A combination of factors happened. I had met stuntwoman Amy Johnston because I was working with her boyfriend, and we were interested in doing a project together. I also had a director of photography, Svetlana Cvetko, and she was known for doing documentaries - she had DPed Inside Job, which had won the Oscar - so I had lunch with her and we talked about doing a project together. Then a couple of weeks after that one of the producers, Mary Rosenberg, had optioned the book Stuntwomen, so all these pieces just sort of lined up. I had a stuntwoman, and I had a female DP, and they wanted to film this book, so I kind of brought a team with me.

I also brought the idea of really bringing the book to life, because the book only went up to films from 2007, so I had to bring it up to the present day, and do additional research, and find out who are the top stunt people right now. Because there are so many more, with the Marvel Universe, and Wonder Woman, and a lot of big action stuff as features but also on television and streaming. So I had a lot of work to do to bring it up to date. Then I had the idea of following some younger women and, instead of just having the living legends, the women who were doing it in the '60s and '70s, instead of interviewing them into camera, how about they meet the younger women and they can talk about the stories, and learn more about the profession that they are pursuing. That was the style thing I brought to the film, instead of just talking heads.

AC: Those issues of opportunity are often reflected in scripts. Look at the big studio titles of the '70s, there often aren't many parts written for women, and so that means fewer opportunities for stunt doubling - and even then there's just a lot of falling out of windows.

AW: In the '60s and '70s you had those exploitation films that were giving opportunities to people of color, and then you had women getting opportunities in shows like The Bionic Woman and Wonder Woman on TV, so you get characters and material that reflects the time. In the '80s, the films were very testosterone-driven, Arnold Schwarzenegger, Rambo-type movies, and there were less good roles for the women. Now we're having the most female-driven action roles, between film and television and streaming, that we've ever had.

AC: You show a lot of the stuntwomen's work, and what they're proudest of. Did they ever surprise you with their choice when they talked about, "Here's the clip I want for my Oscars in memoriam">

AW: Heidi Moneymaker's a great example. She's a gymnast and she's known for fighting, and she doubles Scarlett Johansen. Her exampled was the car roll she'd done in The Host. That was the funnest, most exciting stunt for her because that's something she doesn't get to do. She was doubling Saoirse Ronan. That was the one she wanted to talk about, and I found that interesting because you would have thought she would want to talk about something she did in The Avengers, but from her perspective that was the most challenging stunt that she had done.

Stuntwomen: The Untold Hollywood Story screens at Blue Starlite Mini Urban Drive-In tonight (tickets here, and will be released on VOD on Sept. 22.