Plus new game with WayForward and Arc System Works 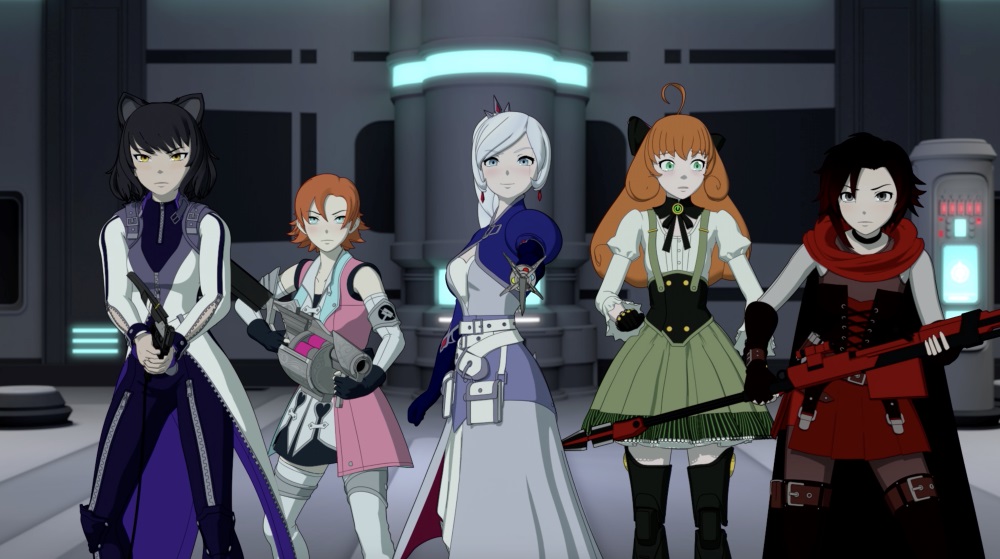 It's not RTX - the annual gathering of the fans for Austin's Rooster Teeth - without news about animated smash RWBY. And just because it's the online RTX at Home, that's no reason to break with tradition, with word on a new show and a new video game.

Yesterday saw the announcement of the release date for the next season of Rooster Teeth's OG series, Red vs. Blue, and now the studio's blockbuster anime-influenced show gets a release date for volume 8. Yup, mark down Nov. 7 for the return of the fan-favorite show.

Volume 8 reunites the four huntresses - Ruby Rose (Lindsay Jones), Yang Xiao Long (Barbara Dunkleman), Blake Belladonna (Arryn Zech), and Weiss Schnee (Karla Eberle) - who are desperately trying to save the world of Remnant from the forces of evil. But if the new trailer reveals anything, it's that the returned Penny - back from the dead and now the carrying the mantle of the Winter Maiden - will play a bigger role than ever. And will we finally find out who the missing Summer Maiden is, before the world-conquering Salem can devastate the city of Atlas and the world beyond, just as she did Beacon Academy? Here's the synopsis:

Salem is here, and the timing couldn’t be worse for the divided Kingdom of Atlas. Fear has turned friends into enemies, while doubt threatens to splinter humanity’s remaining allies. With both Salem and Ironwood stacking the odds against them, and the fate of Remnant at stake, it’s up to team RWBY to make their play before it’s too late.

If that's not enough, here's the first trailer for vol. 8.

But beyond the show, Rooster Teeth also announced the latest game for the franchise, a collaboration with California-based game developer WayForward (Shantae and the Seven Sirens, River City Girls) and Japanese publisher/developer Arc System Works (Guilty Gear -Strive-, BlazBlue Cross Tag Battle). The game will be available on multiple platforms in 2021, with an original story by show writers Kerry Shawcross, Miles Luna and Eddy Rivas. Shawcross said, "Bringing a new RWBY game to life in one of our favorite genres, and with two of our favorite developers, feels like a dream scenario to us."

And for now that's pretty much all we know, except that the core four characters will appear with their signature weapons and abilities. WayForward Tyrannical Overlord Voldi Way added that "the characters, personality, and style of RWBY are a great match for WayForward's design sensibilities."

The RWBY characters already appeared in Arc System Works' Blazblue Cross Tag, but this will the first time they have worked together on an original game. ACW also have a strong relationship with Wayforward, having published beat-em-up River City Girls for the developer. Arc System Works Chief Producer Mori Toshimichi said, “Now that we're all in this new RWBY project, I am tremendously thrilled to the coming of this new masterpiece."

RTX at Home runs Sept. 15-25. Tickets and details at www.rtxevent.com.

We'll have more announcements from RTX throughout the week: read more about the virtual event RTX at Home Rethinks the Fan Community Space," Sept. 11.