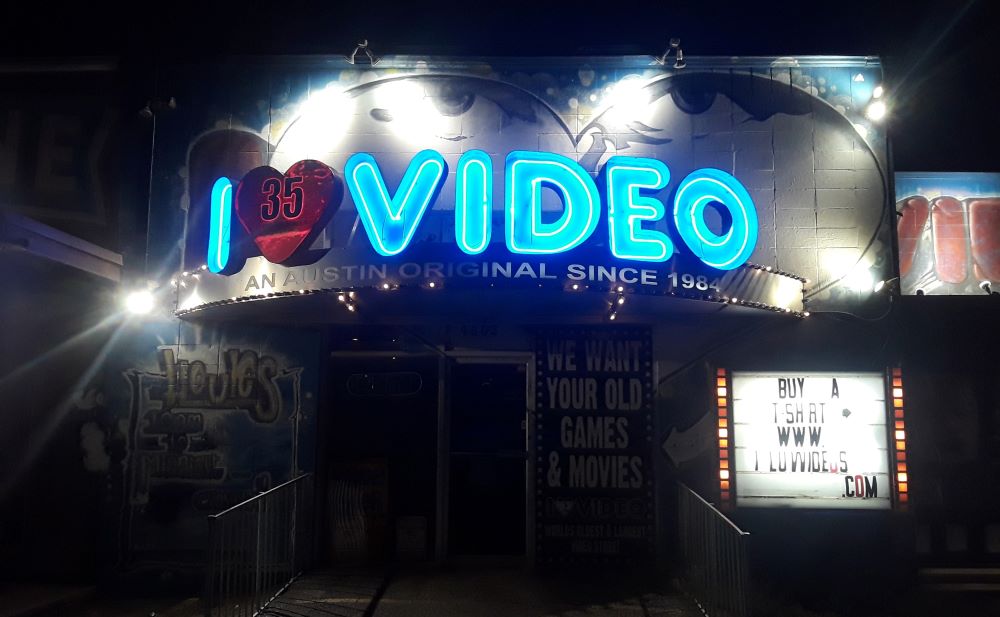 Another Austin institution bites the dust. Last night, the owners of I Luv Video – the self-described biggest and oldest video store in the world – announced they are shutting up shop, and are looking for a buyer for their unique archive.

In a Facebook post, co-founder and co-owner Conrad Bejarano thanked the staff and customers who have followed the store across multiple locations around Austin, including its current and final site on Airport. However, he said that he hoped that some benefactor may step in and keep the collection together. He wrote, "My only stipulation is that whomever does so gives the community access to our vast video library." Interested parties are invited to contact him at 737/990-9562.

The announcement means the closure of Austin's second legacy video store this year. Back in April, Vulcan Video closed its doors permanently.

Bejarano gave no exact reason for the closure, but these are tough times for video stores in major cities, even film-friendly ones like Austin. I Luv Video became the world's biggest store (a title that has seen a friendly rivalry with Seattle's Scarecrow Video) in 2015, when the store was forced to close its old location on Guadalupe due to spiraling property costs, and move its collection into the Airport site, boosting the combined archive to around 130,000 DVDs, Blu-rays, and VHS tapes. The question will now be how much of a role the coronavirus-created economic situation played, as that was the final straw for Vulcan.