Taiwanese video game adaptation is a tale of political redemption 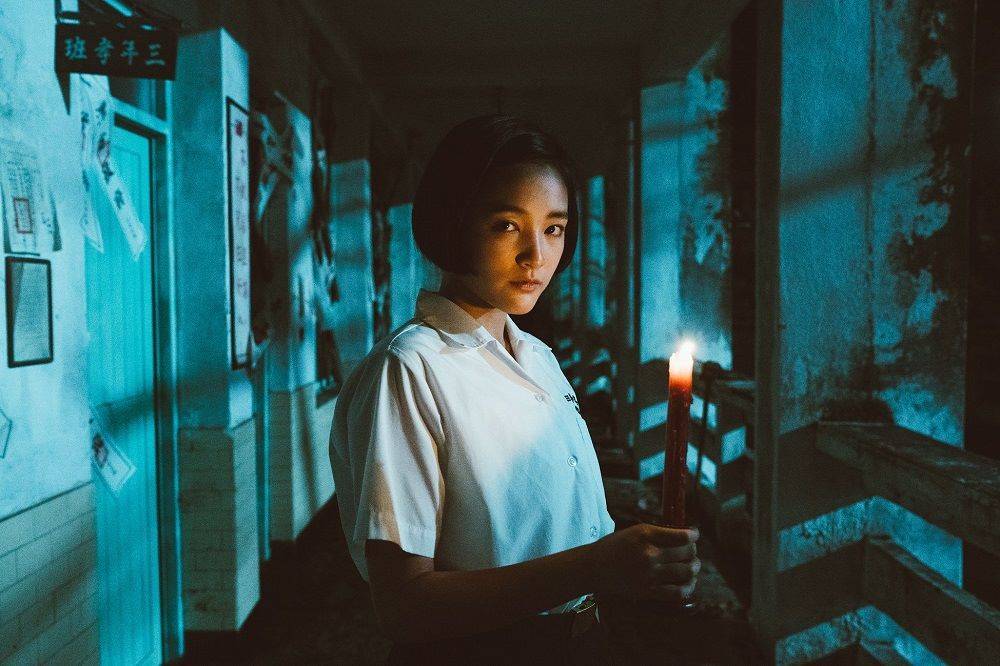 Monsters are the set dressing of nightmares. But in Taiwanese horror Detention, the real terror is derived from betrayal and a lack of trust. The monsters just latch on to the fear we instill in each other.

It's 1962, and the crackdown on even sedition (read: any kind of independent thought) known as the White Terror is at its bloody height. A more controlled and mannered cousin to the Khmer Rouge's bloody purges, and overlooked compared to China's Cultural revolution, it saw intellectuals head underground, or exchanging seemingly innocuous texts in underground book clubs. Of course schools, which always balance between feeding the inquisitive mind and re-enforcing cultural norms, became a battleground for the soul of a nation.

Yet the world is even more corrupt than students would expect. Fang Ray-shin (Gingle Wang) and Wei Chong-ting (Tseng Ching-hua) awaken to find themselves in a place that is both their school and a ravaged, unfurling and decaying clone of itself. All they know is that everyone else has disappeared, and so they begin the hunt for the adult they trust the most - counselor Zhang Ming-Hui (Fu Meng-po). Both have their connections to him - Wei was a member of the same banned book club, while Fang nurses a teen crush on the only grown-up who treats her like a real person. Yet while they search for Zhang and their classmates, all they find are cruel distortions and gangly monsters. There was a betrayal, and now they are in a fresh hell from which they must find some kind of escape - or at least a reason for their seeming damnation.

Adapted from the 2017 2D survival horror by Taiwan's Red Candle gaming studio (itself inspired by the 1947 Keelung Senior High School Incident, in which occupying Chinese forces brutalized, arrested, and even murdered students suspected of possessing banned literature), Detention adroitly blurs the line between period drama and historic menace. There's an edge of Silent Hill's doom-laded grime, mixed with Haunter's pervasive and perpetual melancholy, but it's the sense of political horror that seeps into every frame that truly distinguishes Detention. The intersection of supernatural forces viewed from a Buddhist perspective and Taiwan's White Terror, an era of unfathomable political repression, banned books, and kids being forced to snitch, under pain of death and torture, on teachers and family members.

This is also undoubtedly one of the most artistically successful game adaptations at every level, giving new perspectives on its often disturbing imagery of hooded and hanging figures, shadows and grasping hands (even Luming Lu's distorted string score is the equal of WeiFan Chang's more electronic and post-rock soundscapes for the original game). But its greatest strength is in its compassionate message about how we defeat fascism - even those who fall under its sway. Forgiveness and remembrance are intertwined in this powerful story. An apt heir to del Toro at his most analytical (most specifically The Devil's Backbone and Pan's Labyrinth), it's a stirring political fable dressed in the ghoulish weaves of a creepy monster flick.