Special new fund will help those hit by SXSW cancellation Fly Girl, one of this year's recipients of an AFS Grant. The fund helps new and mid-career filmmakers from around Texas on their projects at every stage, from development to festivals.

Fifteen films. Sixteen filmmakers. That's the roster of titles that will receive a total of $111,000 in cash and $15,000 in goods and services under the Austin Film Society's AFS Grants for 2020. However, in these difficult times for filmmakers, the society is also helping Texas films that were hit by the cancellation of SXSW.

Originally founded as the Texas Filmmakers Production Fund in 1996, in the last 24 years the program has supported up-and-coming talents in Lone Star State cinema to the tune of over $2 million. It's gone to talents as recognizable and pivotal to the Texas scene as Yen Tan (Pit Stop), Heather Courtney (Where Soldiers Come From), Keith Maitland (Tower), Kat Candler (jumping off bridges), the Zellner Brothers (Kid-Thing), Kyle Henry (Fourplay), and a seemingly endless list.

This year sees several familiar names among the recipients, including two who are as known for sharing their skills with younger filmmakers as they are for their own projects. Ya'Ke Smith and Annie Silverstein both teach film at UT Austin, and both benefit from financial support for their next features - for Smith, San Antonio, and for Silverstein, the follow-up to her recent lauded release, Bull, titled A Time, A Place.

There are also several dedicated sub-funds within the program, such as the North Texas Pioneer Film Fund, but this year sees a new program in collaboration with Stand With Austin designed specifically to help filmmakers who were hit by the cancellation of SXSW. The five affected projects had laid out cash and resources to promote their screenings, as well as ancillary costs, and these grants will take the sting out of those losses.

The recipient list also puts the society's money where its mouth is when it comes to diversity, and opening up the program to new voices. Nine of this years' selected projects are debut features, while two-thirds of the recipient directors identify with a community of color, and half identify as female. It's also the most geographically diverse group to date: Of course the big cities like Austin, Dallas, Houston, and San Antonio are represented, but there are also filmmakers from Eagle Pass and Missouri City, among others.

Rebecca Campbell, CEO of the Austin Film Society, said this is all part of the society's aim of building a full ecosystem of and for Texas filmmakers. “The Grant program has traditionally provided the support that the industry often fails to offer to filmmakers from communities of color who have unique stories to tell. The AFS Grant is there to encourage Texas-originated projects and ensure that Texas-made films reflect the incredible diversity of this region.”

This is just the first phase of this year's grants. Tomorrow, AFS will start taking applications for grants for short films (40 minutes or under). Applications can be submitted from Sept. 2 to Oct. 8 via www.austinfilm.org/afs-grants, and recipients will be announced in December. 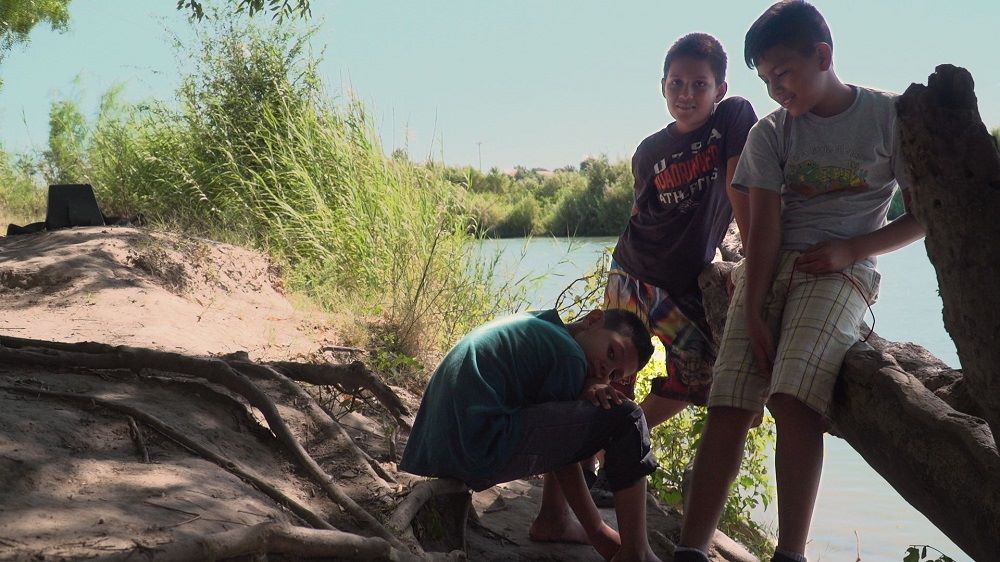 FANDOM
D: Shadi Qutob (Austin)
Narrative Feature in Production
When Haya, a Pakistani Woman, creates a politically charged piece of fan-art of an iconic comic book character that goes viral, she realizes her newfound notoriety may be more than she bargained for. What was initially adoration slowly devolves into harassment, and eventually violence, as Haya is bombarded by hate from a fandom that is more toxic than she initially thought.

FROM THE GROUND UP
D: Jeremy Rodgers (Taylor)
Documentary Feature in Post-production From the Ground Up is the story of Daoud Nassar and his family of Palestinian farmers in the West Bank. Under constant threat of Israeli confiscation, the Nassar’s 100-acre farm is the centerpiece to an ongoing 29-year legal battle. As Daoud struggles to maintain the family’s ancestral homeland, the Nassars respond to injustice with creative, non-violent resistance. Committed to education, connecting people with the land and promoting respect for the “other” and our shared environment, Daoud and his family live by the motto: "We Refuse to be Enemies."

THE IN BETWEEN
D: Robie Flores (Eagle Pass)
Documentary Feature in Production
The In Between is a lyrical coming-of-age story woven from singular moments of a cast of characters living along the U.S.-Mexico border.

TLALOC
D: Alejandro Sescosse and Anna Veselova (Houston)
Narrative Feature in Production
Tlaloc is a phantasmagorical romance of digital illusions set in the near future where the threat to human life is existential worldwide due to the slow collapse of natural ecosystems.

FLY GIRL
D: Angela Chen (Austin)
Narrative Feature in Production
When Linh, a 42-year-old, Vietnamese American, recently-divorced mom impresses at a “twerkshop”, she is invited to join a 90s-inspired hip-hop dance team: the Fly Girls. A chubby Gen-Xer in a crew of thin Millennials, Linh must overcome her insecurities to prove she belongs. The New Texas Voices Grant is a $10,000 cash grant for a filmmaker identifying with a community of color who is making his or her first feature length film. A Reckoning: Stories for Racial Healing With Dr. Njoki McElroy

Provided by Sailor Bear, the Oak Cliff Film Festival, Ley Line Entertainment, and the Dallas Producers Association, for emerging filmmakers in the Dallas-Fort Worth metroplex.

JOCKEY
D: Clint Bentley (Dallas)
Narrative Feature in Post-production
Jockey tells the story of an aging jockey with failing health who tries to survive his final season on the racetrack and win one last championship. His dream is flipped upside down when a young jockey shows up on the track claiming to be his son.

A RECKONING: STORIES FOR RACIAL HEALING WITH DR. NJOKI MCELROY
D: Christian Vasquez (Dallas)
Documentary Feature in Production
The power of storytelling, and its capacity to mend, is explored through the life and work of Dr. Njoki McElroy, a master storyteller, educator, and activist who has witnessed the United State’s failure to reconcile the wounds of racism and embodies the idea that sharing our stories places us on a path of healing and towards a reckoning with racial injustice.

Stuck On On Award

TAZMANIAN DEVIL
D: Solomon Onita (Missouri City)
Narrative Feature in Distribution
After moving to the United States, nineteen-year-old Nigerian immigrant Dayo struggles to find a balance between his desire to join a college fraternity and bonding with his estranged father who is a strict pastor at a local church.

UNTITLED CRIMINAL JUSTICE HIGH SCHOOL PROJECT
D: Margaret Crow (Marfa)
Documentary Feature in Production
The Untitled Criminal Justice High School Project follows a group of teenagers at a high school 10 miles from the US/Mexico border during their senior year and as they navigate what lies beyond. 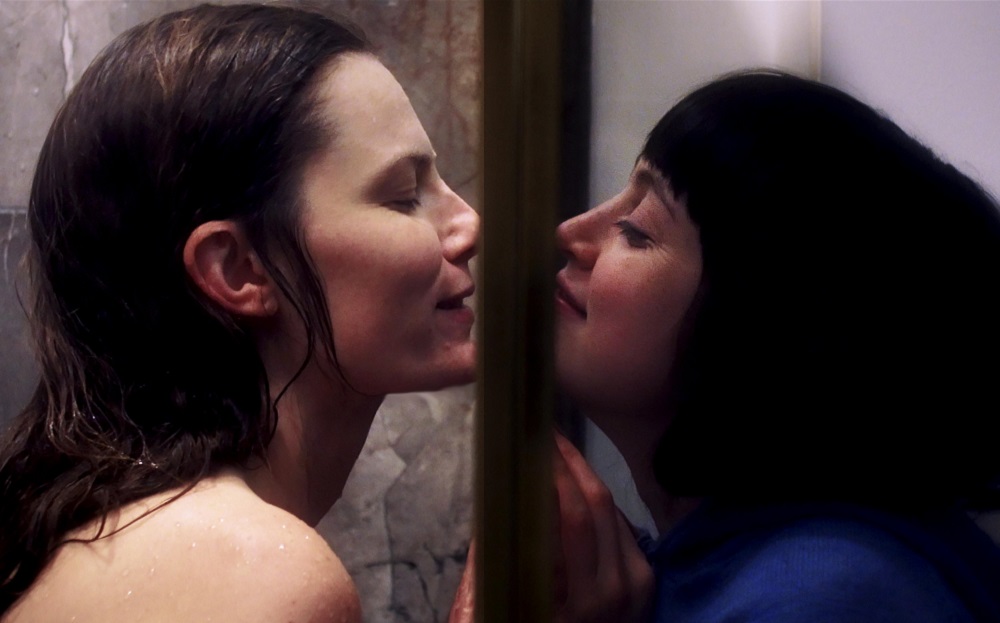 WITHOUT GETTING KILLED OR CAUGHT: THE LIFE AND MUSIC OF GUY CLARK D: Tamara Saviano

ONE OF THESE DAYS D: Bastian Günther

THE MOJO MANIFESTO: THE LIFE AND TIMES OF MOJO NIXON D: Matthew Eskey