Austin Films For the First Wave of Austin Film Festival 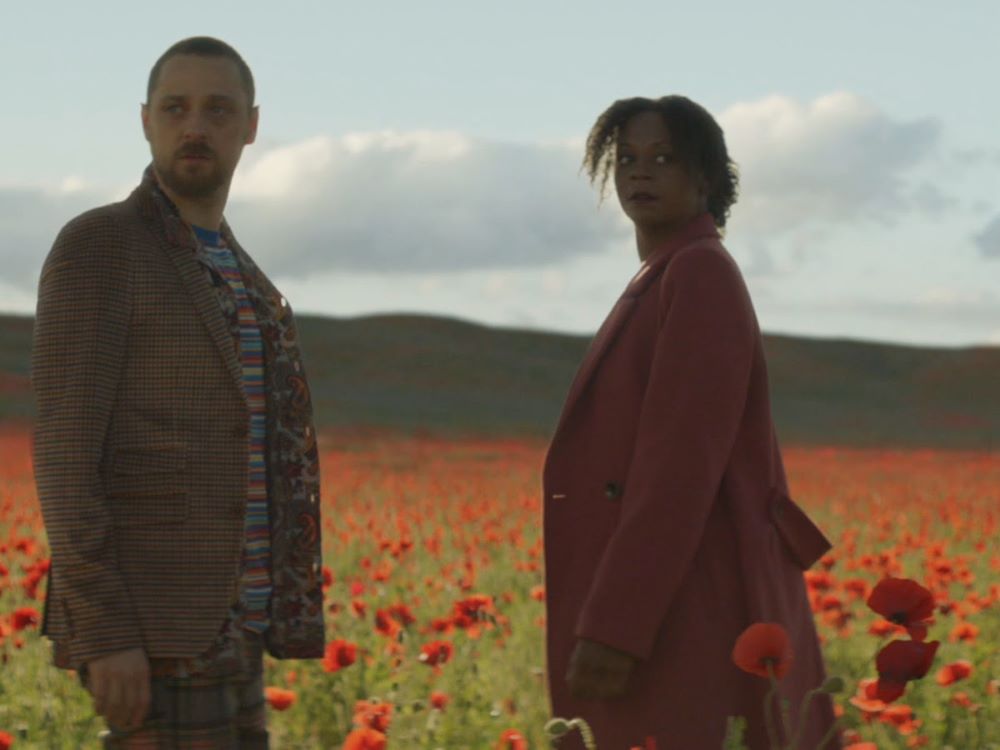 The team behind Austin Film Festival promised that they'd stick to their mission of bringing the best of new cinema, even while making the jump to a virtual festival. Now they've announced their first wave of titles, including seven world premieres and the local debut for three homegrown movies.

Just before it makes its world debut at the streaming Fantasia International Film Festival in Canada, AFF announced that the fest (running Oct. 22-29) will be making its U.S. and local return. Directed by theatrical institution Jason Neulander (The Intergalactic Nemesis) and adapted from Fugitive Pieces, a play by Caridad Svich that Neulander directed at the Hyde Park Theater in 2002 (the duo both scripted the film adaptation), it's a story of loss, redemption, guilt, and bottoming out in a near-fantastical America (read more about that in our set visit report).

But on to that list of world premieres, which includes Horton Foote: The Road To Home by Austin transplant Ann Rapp. The veteran script surpervisor and writer of two Robert Altman-directed films, Dr. T & the Women and Cookie's Fortune, her long-gestating directorial debut explores the live and impact of the Texas-born Emmy-, Oscar-, and Pulitzer-winning writer of The Young Man From Atlanta and Tender Mercies, and adapter of William Faulkner's Old Man, and Harper Lee's To Kill a Mockingbird.

As for number three, that would be the latest from Austin filmmaker Will Bakke (Beware of Christians, Believe Me). His latest is a delayed coming-of-age story, as four people intersect over a night at one party right here in the ATX.

Of course, these titles will all only be available online, through this year's streaming version of the festival. AFF’s Senior Film Program Director Casey Baron said, “We’re excited to support our selected filmmakers and continue championing such wonderful storytellers in an incredibly challenging time for our industry. It’s an added bonus that AFF will welcome back some good friends from our alumni community, and give all involved an opportunity to find their audience on an international stage.”

Austin Film Festival runs Oct. 22-29. Tickets and info at www.austinfilmfestival.com. Now, here's the rest of the lineup (but only the first wave: expect over 100 titles as part of this year's event, plus dozens of panels from industry insiders and experts).

Blinders
D: Tyler Savage
In the wake of a messy break-up, Andy Escobedo decides to start fresh, relocating from Austin to Los Angeles. Eager to make new connections, he befriends Roger, an unusual rideshare driver. But when Roger’s behavior gets too strange for comfort, Andy blows him off, choosing to focus on a budding relationship with Sam. This unhinges Roger, who begins to torment Andy, ensuring that his stay in L.A. is short-lived. North-American Premiere.

Death of a Telemarketer
D: Khaled Ridgeway
When a smooth-talking Telemarketer preys upon the seemingly perfect mark, he must pass a twisted test on ethics if he wants to live to sell another day. Texas Premiere.

Fugitive Dreams
D: Jason Neulander
In this allegorical road movie touching on themes of homelessness, mental health, and addiction, two lost souls embark across a dreamscape America. Their darkly strange journey confronts them with their traumatic pasts, and bonds them in compassion and love. U.S. Premiere.

Horton Foote: The Road To Home
D: Anne Rapp
Horton Foote: The Road To Home is a documentary that chronicles the creative journey of acclaimed Texas writer Horton Foote through his own eyes and voice at the end of his life. Foote, who was born and raised in Wharton, Texas, went on to become a Pulitzer Prize winning playwright, the winner of two Academy Awards for screenwriting, an Emmy Award for television writing, and was recipient of the National Medal of Arts among numerous other theatrical and literary prizes. His long and successful 70-year career of writing consisted primarily of stories set in the small town of Harrison, Texas, a fictitious version of Wharton. Horton was known for his delicate yet deeply-layered and profound storytelling— about family, human connections, struggles, resilience and redemption. World Premiere.

Open Field
D: Kathy Kuras
She plays by NFL rules in NFL stadiums. She wins world championships. She’s at the top of her game. What does she have to do to level the playing field? World Premiere.

Reboot Camp
D: Ivo Raza
After losing his life savings and his wife to a self-help guru, Seymour is on a mission to expose false prophets who fleece people for money. He teams up with his brother Danny, a filmmaker, and they start a fake self-improvement group called Reboot Camp. While Seymour transforms into the charismatic Gordon St. Pierre, a larger than life persona who teaches a path to bliss through a process called “rebooting,” Danny films. They succeed handsomely as even the most ludicrous group activities are met with unbridled enthusiasm from the members. But as Reboot Camp grows, Seymour and Danny must request additional funds from the producer, who pushes them to hire his niece Claire to supervise. World Premiere.

The Catch
D: Matthew Ya-Hsiung Balzer
A troubled woman returns to her estranged family in coastal Maine. With her lobsterman father caught up in a turf war at sea, she and an ex-boyfriend make plans to hijack local drug runners. World Premiere.

The Get Together
D: Will Bakke
A recent college post-grad, a soon-to-possibly-be-engaged couple, and a failing musician all deal with the realities of growing up as their three stories intersect over the course of one night at a house party in Austin. World Premiere.

Wake Show
D: Aldo Miyashiro
Leonardo Oviedo is an ambitious theatre director, whose plays haven’t accomplished the success he dreamt of. Seeking for some recognition, he decides to write a play for four characters; a one-performance only, where all actors have to die onstage. On that matter, he casts an old has-been actor, who is an alcoholic, an overweight actress, an endearing and intellectually disabled boy, and a black actor, who has only been cast for the color of his skin. The play brings on a media hype never seen before, is an instant success and everyone is eager for the opening night. With defenders and detractors, the whole country talks about Leonardo Oviedo, and he will be willing to get to the very end, to fulfill this sickening artistic ideal. World Premiere.