The Cinema Comes to Pinballz Kingdom 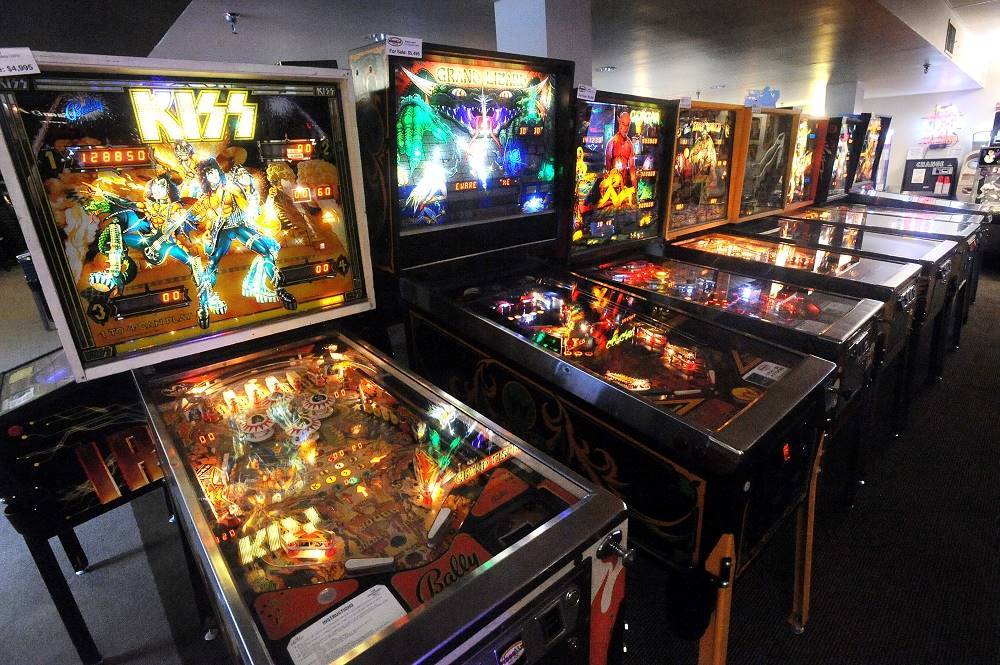 Pinballz, the local arcade chain, is taking the entertainment outside as starts drive-in screenings this weekend (Photo by John Anderson)

If you think of Pinballz, you'll probably think of the zap of video games and the cling-cling-ping of ball bearings on bumpers. Starting this weekend, add the whir of the projector as the arcade becomes a drive-in theater. "Pivot, pivot, pivot," founder Darren Spohn said with a wry grin.

This Saturday, Aug. 29, their Pinballz Kingdom location will host the first of a planned series of drive-in screenings. To celebrate the event, they're showing a true local favorite, Dazed and Confused.

As it's been for everyone, it's been a tough year for Pinballz: after all, the hands-on experience of an arcade is what defines its joy. While they have been able to reopen, like every company they have invested more in cleaning protocols, and continued to offer machines for sale and rental (a core service they have provided as Spohn's personal collection of cabinet games has expanded into three arcades around Austin). However, the coronavirus lockdown has triggered new innovations: expanded private parties; curbside pantry, restaurant, and even mixed drink service, with online ordering; and now, the screenings.

But while it's a new development, the screenings are a dream Spohn has had since he first opened Pinballz Kingdom in 2014. He explained, "I originally want to have a drive-in, but there wasn't enough property size." But with the current lockdown hitting everyone, the whole team started brainstorming, and Spohn's idea came back (although he refused to take credit, calling it a team effort): "Why don't we try to do a full drive-in with 50 cars?"

So there'll be a screen (facing away from the road, of course), and the team is working with a rental agency for the projection equipment, and a booker for the films. For the opening title, they'll be screening what Spohn called "an iconic movie, an Austin movie," in Richard Linklater's 1993 tale of high school antics. After that, they'll be looking at a mixture of family-friendly titles, as well as some dramas, and maybe even some horror titles for late night: "The eighties stuff, that really fits with our theme," said Spohn. "It's the movies that the parents saw when they were kids, and now they want to take their kids with them."

It's all happening as drive-ins are going through a true renaissance. Dead a decade ago, in the Austin area alone there are the two screens of the Blue Starlite Mini Urban Drive-In (with a third added this weekend in Downtown Austin), Doc's Drive-In in Buda, and Stars and Stripes in New Braunfels. On top of that, Community Cinema at Community First! Village is opening its own bimonthly outdoor screening series. Spohn said, "People are looking for something to do. ... If you're in your own car, with your own group of people, it's more manageable."

But this isn't just about following a trend. For Spohn, who helped resurrect the communal experience of playing games when everyone said this was the era of the console, the drive-in is a passion. "It's a piece of culture that we lost for a while," he said. "Just like arcades."