Outdoor projection is nothing new to the Community First! Village 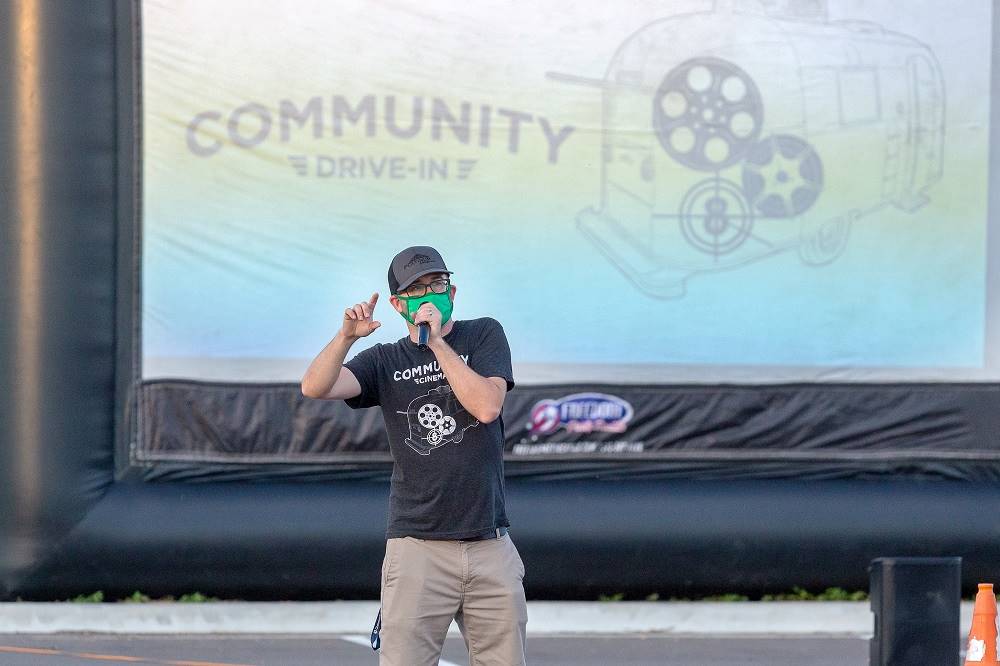 Drive-in theaters are booming in a way unseen since before the days of cable TV. Now Community Cinema in Eastern Travis County is bringing its expertise in hosting screenings in its outdoor amphitheater to its newest venture: a drive-in cinema.

Community Cinema isn't like other theaters. Its permanent outdoor screen was built in 2017, the first outdoor cinema in the neighborhood, and has played a pivotal role in integrating the Community First! Village into the area. The complex is dedicated to giving the long-term homeless a permanent residence, and a step forward to a stable life. However, it had to stop screenings during the pandemic. Community Cinema director Ed Travis said, "As soon as coronavirus hit, it was like, you're done and everything you do is done, because I couldn't show films any more."

Many the village's residents are older or have medical conditions that make them particularly susceptible to the pandemic, and so the entire campus - including the cinema - went into lockdown. Travis said, "I'm just one small piece of this big non-profit that trying to provide a community for men and women coming up off the steet, and we have to take care of them."

The cinema has always been intended to help the wider Community First! initiative and be a part of it, so even though it's currently closed that doesn't stop Travis from working toward that core mission, so he started working more with volunteer groups who want to help the non-profit. Yet he still wanted to find a way to get films back into East Austin. That's when he started looking across the entire property: Not just the current phase one, which has already opened, but phase two, which is currently under development. There, he found a large parking lot - perfect for a drive-in. It wouldn't be feasible to move the existing projection booth (made out of a converted trailer) from the amphitheater to the parking lot but he had a second projector which he had been given several years ago by the Alamo Dratfhouse. "It's massive," he said, "but I can move it."

Yet Travis still didn't have everything he needed. The screenings would require an FM transmitter, so that visitors could listen in their cars; and he's renting a 32 foot inflatable screen. When all assembled, he said, "It feels like a regular drive-in." 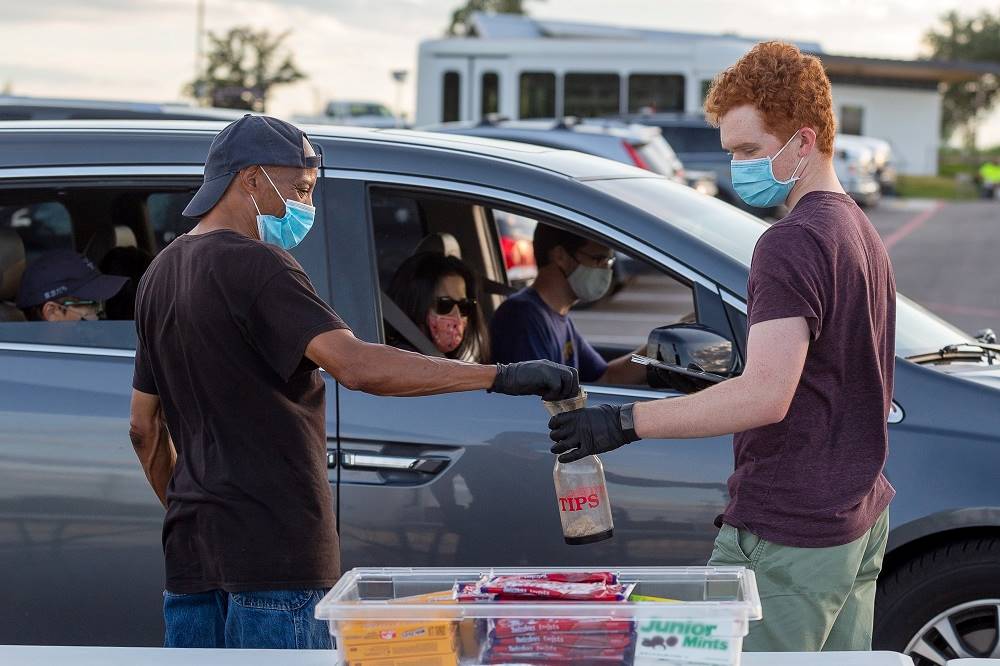 However, Travis had worked to make sure that the drive-in can stay completely separate from the community. There have been private screenings for external groups, and last months he showed Sonic the Hedgehog, as a public event. to work out any remaining kinks. It's a different experience to running events in the amphitheater, and that's reflected in the programming, which kicks off this Friday with a showing of Spies in Disguise (based on the animated short "Pigeon: Impossible" by local filmmaker Lucas Martell). Travis said, "Different types of movies work in different venues. This is an experience. You're leaving your house, you're hanging out in your car. The comedies, the blockbusters, they'll play better."

For the moment, Travis is only planning to run two screenings a month through the end of the year, but plans may readily change. He said, "There's part of me that thinks that might last, because the idea of drive-ins has always been interesting to the general public."