Exploring our thirst for horror in his deconstructionist horror 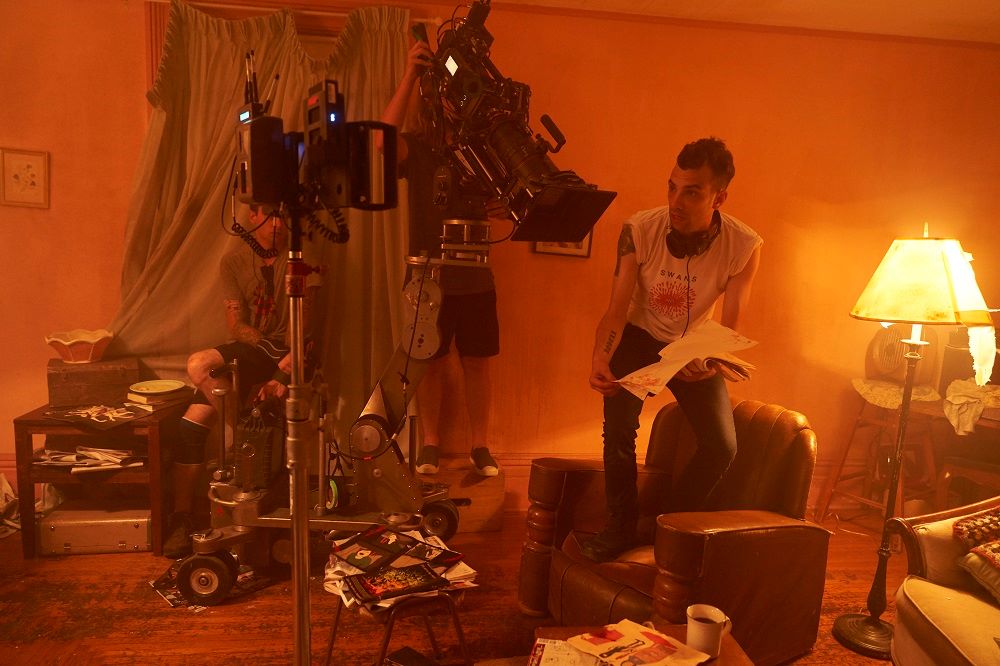 Jay Baruchel on the set of his meditative examination of slasher, and our love for blood, Random Acts of Violence

It’s hard to always know what makes a filmmaker want to tell a particular story. Jay Baruchel, writer and director of Random Acts of Violence, explained, "Sometimes it's hard to see where the tendril of inspiration began because it's a conversation, and then it's a movie, and then its stops."

In the case of his new meta-horror, it’s easy to trace at least the source. In 2011, Baruchel and creative partner Jesse Chabot started adapting a graphic novel of the same name by Justin Gray and Jimmy Palmiotti. Published by Image Comics, it followed two comic writers who discover that their gruesome little creation is inspiring real-life horrors. At the time, Baruchel was best known as a comedy supporting actor in Tropic Thunder and Good Neighbors, or maybe as the voice of Hiccup in the How To Train Your Dragon movies, and had just penned cult smashmouth hockey comedy Goon. When they started writing, he admitted, the first iteration was "teenagers find instruments and just turn them up to 11 and play over each other. … We tried to write the most outlandish and extreme horror movie we could, and it didn't happen."

Like so many projects, it was a non-starter. In fact, he said, "This movie died a bunch of times. … Twice we came close to having a movie, and twice we realized it wasn't the right fit." However, that turned out to be to its benefit. “As it died and we got older, we started zeroing in,” he said. “You think it's one thing, and you realize it's another. and you start getting more and more specific." 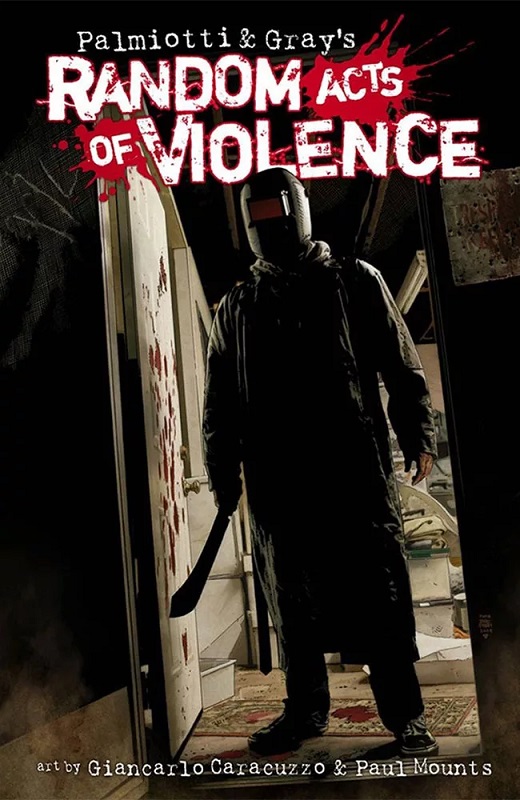 The original 2011 graphic novel of Random Acts of Violence, adapted now for the big screen by Jay Baruchel
The big break was when they reread the original graphic novel, and re-examined their earlier drafts, with one question in mind: "Do we even love this?" Surprisingly, the answer was, not any more. “We went back and went, 'this is fucking juvenile.’" However, it wasn’t just Baruchel and Chabot who’d got drawn into the macabre fun of the kills. “People thought this was Shaun of the Dead," Baruchel said. "We’d get pitches on, 'do you think it should be a fun cameo reveal when the killer takes his mask off?' Fuck no."

After all, Baruchel wasn’t a twentysomething hotshot anymore, but a man in his thirties, who had absorbed a lot more information, and thought about the issues surrounding violence in real life and in fiction. Top of the list may be Ann Rule’s seminal true crime book, Green River, Running Red: The Real Story of the Green River Killer – America's Deadliest Serial Murderer. It was a game-changer, because it didn’t concentrate on the murderer but his victims. Baruchel said, "We get caught up in the number of people that he killed, like it's a sports statistic." By giving them their humanity and individuality back, “she took the real estate from him.”

But it wasn’t just one book. There was Stephen King’s comment about how we resent the victim in horror literature. Baruchel recalled, "I zoomed out, because I realized that I couldn’t name the people that Jason and Freddy had killed." This came at the same time as a major scandal in his home country of Canada, “where we own a terrible statistic, where if you were an indigenous woman, you were six times as likely to die than the average Canadian.”

This all took place within the ongoing post-Columbine shooting debate, which he called “this facile argument." On one side, there was the simplistic finger-pointing that it was all Marilyn Manson’s fault. One the other, the idea that "no artist is responsible for what they put out in the world, which is equally ridiculous."

This all insinuated itself into the final version of the script. In the film, comic artist Todd (Jesse Williams) is on a road trip with his girlfriend (Jordana Brewster), assistant Aurora (Niamh Wilson), and manager Ezra (Baruchel) to a series of signings for his horror comic Slasherman. His works are a darkly cathartic way to process a terrible incident in his childhood, but now he must examination his co-dependence on the killer who inspired him - and who he, in turn, now inspires. For Baruchel, it's an amplified version of the complicated position of violence in culture. “It's a snake eating its own tale. It's hard to make a clear delineation of cause and effect.”

What Baruchel and Chabot increasingly found themselves attracted to would be familiar to fans of Wes Craven. His specialty, as a former humanities lecturer and philosophy grad student, was in making horror films that were about horror, about our relationship with being terrified. It wasn’t just the obvious deconstructionism of the Scream films, but right back to The Last House on the Left, which dismantled the cool villain trope, while providing a revenge-filled resolution with no catharsis.

He described his film as having a morality, but never moralizing and definitely not condescending. After all, his hands are not clean of the sin of watching and enjoying dark material. What matters is intent. "Being fascinated by the Third Reich doesn't mean it's a good thing it existed ... the danger comes when you start fostering a cult of personality around people." It’s the same with being fascinated by the depravity of killers: As a species, we are drawn to darkness. The danger, Baruchel said, is "when you remove all solemnity and compassion, and you don't temper your interest with the reality of what happened."

For the writer/director, what Random Acts of Violence really comes down to is questioning what we see, why we want to see it, and what effects it has. He compared it to reading ingredients lists on food. "Even if it’s filled with garbage, I know what garbage I'm putting in. I should hold the books and the films I absorb to the same standard."

Random Acts of Violence debuts on Shudder on Aug. 20.