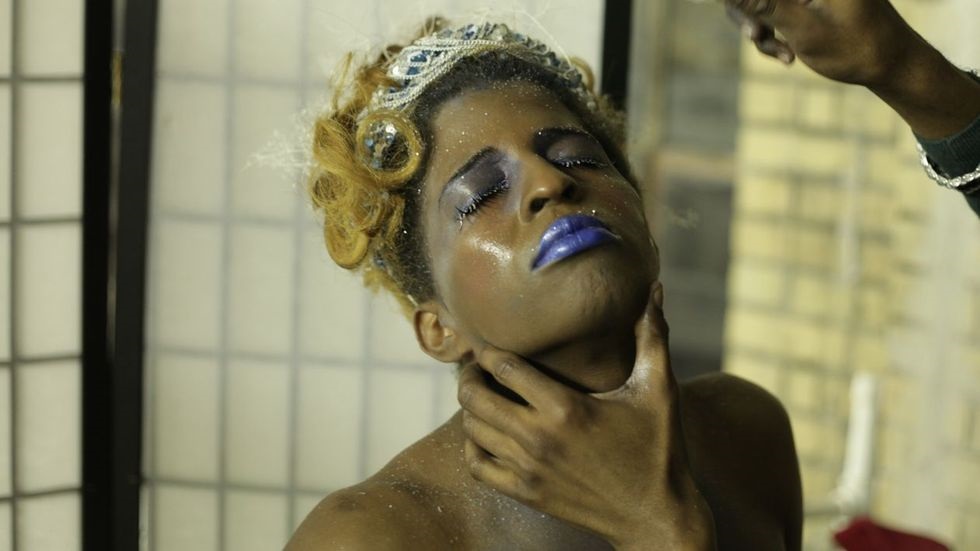 This potent documentary opens with sobering statistics. Of the approximately two million homeless teenagers in the United States, approximately half are LGBT youth, with 40 percent of them persons of color.

A sociological offspring of Paris Is Burning, the arguably exploitative 1990 documentary about the Harlem ballroom culture appropriated by a vogueing Madonna, this sprawling (“unfocused” is too harsh) piece of cinéma vérité set a quarter of a century later trades in another kind of realness, the transient lives of gay, bisexual and trans kids on the streets of the West Village/Chelsea neighborhoods and the adjacent waterfront piers on the Hudson River.

Despite the intimidating and unnecessary presence of scores of cops always on patrol there, it’s a place where they can find a sense of community otherwise lacking in the predominantly straight and white world. Over the sketchy period spanning from 2011 to 2016, African-American filmmaker Elegance Bratton principally focuses on two remarkable born survivors nurtured by this environment, the whip-smart DeSean Irby and the equally pragmatic Krystal Dixon, the latter a transgendered daughter of the royal House of Labeija who shares a name with the legendary mother who threw the fiercest diva fit of all in another ancestral documentary, the recently restored 1967 The Queen. What goes around, comes around, but this time with a happier ending that inspires the thing called hope.