Aliens in Russia: Inside Sputnik 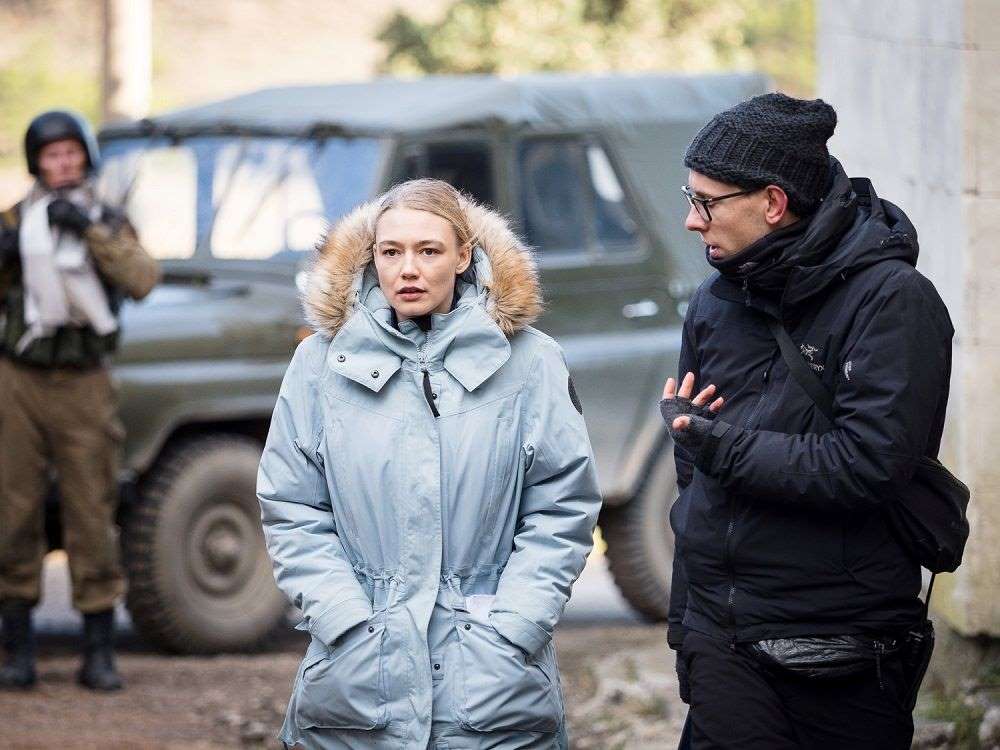 Egor Abramenko can remember exactly when he fell in love with science fiction. He said, "It was 1996, and I was a small kid, living in the south of Russia. May dad got home from a business trip to Moscow, and he brought home a VHS tape - it was Jurassic Park."

"I watched it, and I was amazed. This world of dinosaurs came to live, and it just grabbed me. I became a fan of sci-fi, and still am. It's a beautiful genre that allows you to tell amazing stories, tell universal stories, but with terrific tools.

Even though Russia has an incredible legacy of science fiction authors and filmmakers, Abramenko was most influenced by the American cinematic masters of the genre ("Steven Spielberg, John Carpenter, James Cameron"), and now the director channeled their impact into his period sci-fi horror, Sputnik.

In his debut feature, which hurtles into American cinemas today, Pyotr Fyodorov plays Konstantin Veshnyakov, the sole survivor of a two-man space mission in the early 1980s. Yet rather than being returned to Moscow as a hero and survivor of a tragic event, he's secreted away in a research facility by the powers that be. A doctor, Tatyana Klimova (Oksana Akinshina) is dispatched to discover what ails him, only to find that he may have been the only human to arrive, but that doesn't mean he was the only living creature to come back ... 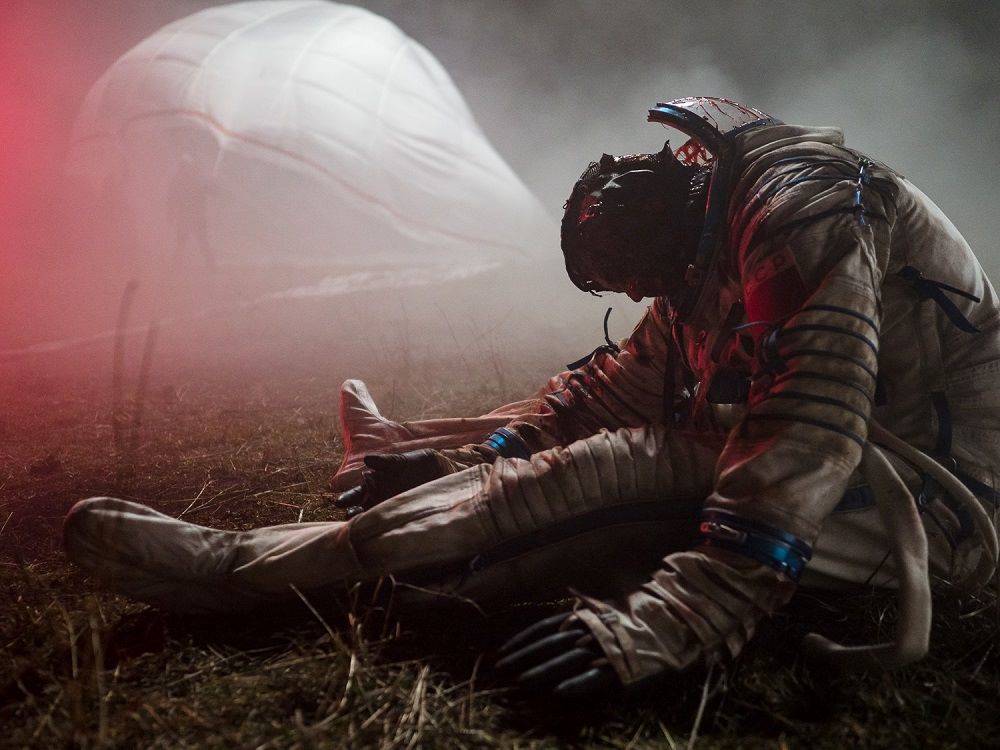 Broken hero: Pyotr Fyodorov as Cosmonaut Konstantin Veshnyakov, who comes back to Earth with more than a bump in Sputnik (Image Courtesy of IFC Midnight)

Austin Chronicle: So much of the story is about the concept of the hero, and what it takes to preserve the myth of the hero.

Egor Abramenko: The definition of the hero was very important for the Soviet mindstate, but it was a myth. The government was creating these heroes, and at one point we just asked ourselves the question - what is it really like to be a real hero? What would it take? And we thought it would be a really entertaining journey to go through the character's journey, to go from the point where he's a hero in a global venue because the TV news tells us he's a hero. But what really lies inside him? What kind of person is he? We decided to go on this journey with him of how this person, this cosmonaut, becomes a real hero.

AC: Part of the history of the Russian space program was that they'd only announce there had been a flight once it had landed, and the cosmonauts were back home. It wasn't like Apollo, where you were told everything and so ringside when anything went wrong.

EA: That's true. The government was covering up all the details and keeping them secret. That was one of the questions we asked ourselves, when we started to develop the script: Everybody knows Gagarin, everybody knows the famous cosmonauts, but nobody knows Veshnyakov. Maybe he existed. So we took this path to tell the audience this alternative Soviet history of exploring space, because I could see that people like this existed and we didn't know about them.

AC: So many of the themes are so strong because this is set during the Soviet era. Was that always the plan, or was it ever more contemporary?

EA: At one point we were thinking of doing a contemporary story, but it was always tightly connected with this space program in the Soviet period. We quickly put that idea away, and decided that the USSR would be a great environment for our story, because that's the texture, that's the setting that Russian audiences are familiar with. Here in Russia we have a lot of movies about World War II, and the sixties and seventies, but we thought it would be bold and brash to make an authentic, conventional, time period movie and bring a science fiction element there - which is the alien.

AC: A great science fiction movie needs a great alien, and yours is very unique. It sort of reminded me of the creatures in James Cameron's The Abyss - not in the design, but in the way that it breaks with the purely rapacious alien that just eats you we'd got used to after Alien. You introduce the idea of symbiosis between Veshnyakov and the creature, which is not something you see often.

EA: It was a long and painful process, because we were trying to come up with something truly original, first in terms of the science element, and then in terms of design, that we wanted to show the audience something they had never seen before.

We live in a world where the xenomorph and the Predator and all the other iconic movie monsters exist, so at one point we started to treat our creature not as a visual element but as a character who has needs and goals, that has different qualities that could support the story and help the character arcs. Eventually, that worked out, because we tried to integrate this creature into the storyline, and he became a standalone character.

AC: Some filmmakers and writers spend a lot of time creating the backstory for their monster, even if you never see that research on screen. How big was your biology book for the creature?

EA: Honestly, it wasn't big. I was constantly asking myself these questions - where did the creature come from, what are its origins - and at one point I didn't find out those answers. That obscurity became a crucial factor for bringing that creature to life. If such events did occur in real life, we would hardly know where it came from, and it's really terrifying when we don't know the origins of the threat and didn't understand it. It's illogical, because it comes from other planet, and that obscurity is what makes this creature so terrifying.

Sputnik is in theaters now. For full review and listings, visit our Showtimes page.