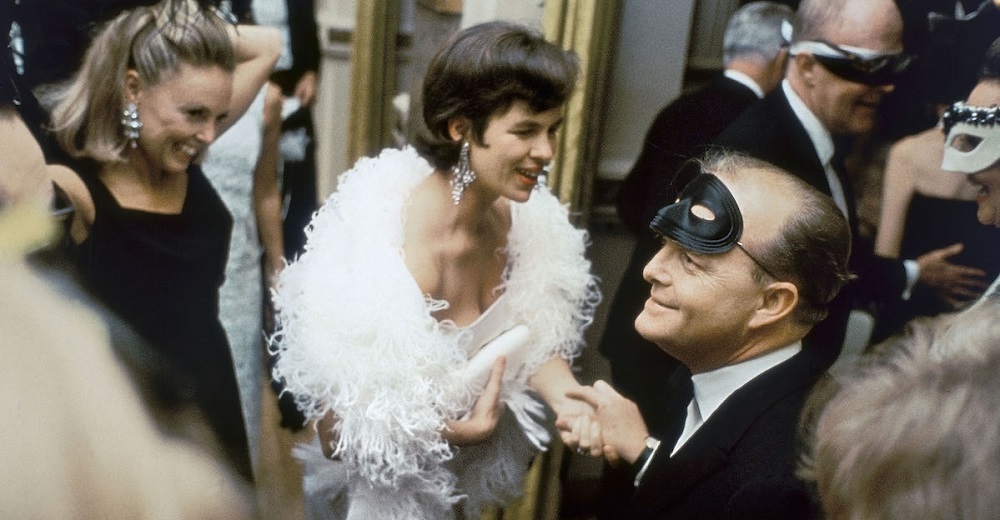 Documentarians often chamfer the roughest edges off their subject. Not so Ebs Burnough: for his new cinematic portrait of Truman Capote, the White House Deputy Social Secretary-turned-filmmaker wanted all the writer's complexities. "He was a genius, but he was also an alcoholic, he was courageous, and he could also be terribly mean."

Burnough's film, The Capote Tapes (which opens the aGLIFF 33: Prism virtual film festival Friday night), captures the savage wit through the peak of his creative life. It also captures the perpetual otherness of the Breakfast at Tiffany's writer- the Southern boy in New York society, the New York writer in rural West Kansas, the effete innocent slumming with murderers (both for his seminal true-crime novel, In Cold Blood), the Mid-Century icon hanging out in Studio 54, and finally the East Coaster washing up in Bel Air. His ability to insinuate himself into other lives was as prodigious as his word count, but it's in his own life - as the long-time lover to John O'Shea, as surrogate stepfather to Kate Harrington, and his torturous relationship with Manhattan's ladies of high society, who he called his swans - that Burnough finds fresh insight.

Those swans tower over his life, making and sometimes breaking Capote, and Burnough found them in the author's orbit well before he moved to New York. When the teen Truman went to live with his mother in Connecticut, his closest friends were Carol Marcus (an author in her own right, and rumored to be the inspiration for Holly Golightly in Capote's Breakfast at Tiffany's), Oona O'Neill (actress, daughter of playwright Eugene O'Neill, and later wife of Charlie Chaplin), and heiress Gloria Vanderbilt. "You can imagine him, this petite, effeminate, gay boy from the South, getting to Connecticut and meeting these three fabulous teenage women who were his age. It's instant love, when before your only friend was Harper Lee. It's like, I'm here!"

“It started out with [Bill Plimpton], but it’s a bit like Will & Grace: I found the supporting characters of Karen and Jack far more intriguing than the lead two.”
Austin Chronicle: An obvious but important question: Why Truman?

Ebs Burnough: It wasn't initially Capote. I was reading a biography of (CBS broadcast network pioneer) William S. Paley by a friend in D.C., a woman called Sally Bedell Smith, and it's called In All His Glory. It's a big tome, 800 pages, all about his life, and I got to the end of the book and I go, "OK, I learned about Bill Paley, but it's another tycoon who was determined," and I left the book and I was most fascinated by his wife, Babe, and her relationship with Truman.

I had grown up reading all of Capote as a kid, but hadn't in years, but the returned me to not just him but his relationship with Babe, and that took me down the rabbit hole of these women, the swans. So it started out with Bill, but it's a bit like Will & Grace: I found the supporting characters of Karen and Jack far more intriguing than the lead two.

AC: There's been a wave of documentaries about this kind of extravagant figures who straddle the late 20th century, like Helmut Newton and André Leon Talley. The challenge for the filmmaker is in finding something new, especially for a figure like Capote who talked about himself a lot - he was a not a reserved flower. When you came at this, what was the path to not feeling like this was just a recap?

EB: First of all, I was super-lucky to meet Sarah Plimpton, the widow of (The Paris Review founder) George Plimpton, and she was so kind to offer up the audio tapes of George's interviews from 30 years ago that he had also worked upon for a decade before his book came out. So listening to those tapes gave me a lot of interesting material.

But honestly, as I'd gone through the research, I kept finding Truman to be the way that people often paint him, this kind of mean queen with a rapier wit. And I then I know of Kate Harrington, I knew she existed, I knew she was out there, and it was talking to her that helped put me on a path for being able to tell what I hoped would be a different kind of story.

Because I'm of a belief system that there are plenty of terrible people in the world. But I also believe that, for people who we think are either terrible or mean or nasty or whatever the case may be, I always look at their kids. Because if your kids came out good, if your kid is a decent soul and aiming to be a person who gives back to society, however you created your family - whether it's your biological child, whether it's someone you mentored intensely, whether it's a biological child, I'm fascinated because it says to me that, if that person has a great affection and love for you, then it doesn't mean that the rest of what we know is wrong about the person. It just means that they probably saved the best part of themselves to give back to that other being.

“There’s something about the South, there’s something about the style of writing, that Southern Gothic, about that rural quality that gives one an inner grit that people often don’t expect.”
For me, Kate is extraordinary. She has become a great friend. She is smart, she's terribly clever, she's kind, she's a wonderful mother, she's terribly curious, she has all these wonderful attributes, so much that she also attributes to being raised in part by Truman. So when she said that I went, OK, there's another side of this person that we have to unpack, and learn about.

I think also, as a gay man, I have a three-month-old right now and she's lovely, and for me I was fascinated that, in that era what we take for granted - and I certainly take for granted that my husband and I are married and we can have a baby - that to be openly gay as he was, to be as brilliant as he was, but to not be able to create a family the way he wanted to, that's really difficult - and yet he did it. That's another pioneering quality of his that I feel I never learned about as I read about LGBTQ history. I read about Truman Capote, but that element of someone who was on the forefront of creating a family when everyone else said it wasn't possible, and it was a perverted concept. So from that there was just so much about it that I wanted to learn more about.

AC: There's that quote from Norman Mailer at the end where he basically calls Capote one of the toughest people he ever knew, because everything he went through should have broken him, and it didn't.

EB: I grew up in Northern Florida, South Georgia, and that was another place where I vaguely identified with Truman because I do believe that there's something about the South, there's something about the style of writing, that Southern Gothic, about that rural quality that gives one an inner grit that people often don't expect. It's belied for Truman by the voice and the size, but deep down he was a real powerhouse of strength.

The Capote Tapes will be available beginning Aug. 6 on aGLIFF’s Virtual Festival platform.