Now Streaming in Austin: Nothing But The Blood 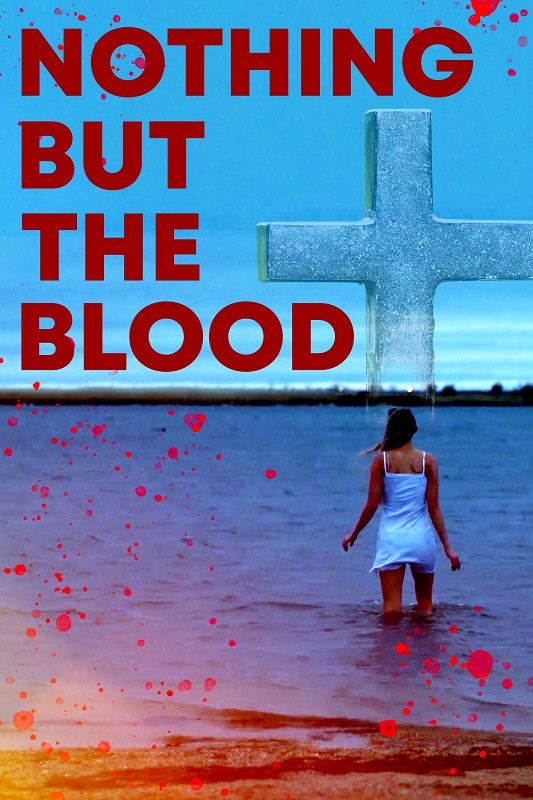 Welcome to Now Streaming in Austin, highlighting locally made titles to watch while self-quarantining.
Why does America seem to beset by religious sects? Daniel Tucker, director of evangelical horror Nothing But The Blood, says it's because America is too young to know better. "It's a part of us, and it's terrifying."

He explained, "I always like to remind people, we're the youngest country out there, and we were founded on the belief that God sent us out to be here, and that permeates a lot of American ideals."

That bizarre groups can spring up and plague the lives of people both within and outside of the congregation, yet be given a pass because of religion, is something ingrained in both American culture and in Nothing But The Blood (which arrives on Amazon Prime today). Rachel Hudson plays Jessica, a small-town journalist who becomes involved with Thomas (Jordan O'Neal), the disaffected scion of a religious cult. However, their plans to start a new life fall afoul of malevolent forces - her abusive ex-boyfriend, Seth (Austin Lynn Hall), and Michael's father and head of the sect, known simply as Father (long-time Austin character actor Les Best).

Tucker called the bootstrapped production (which was shot around Austin and San Antonio, including in Tucker and Hudson's homes, and even at her grandparent's place) "an extremely personal kind of story. He was raised in a religious environment himself, and while although his parents were not as extreme as Father, "through the communities I met these kind of people, became like Thomas and began to move away from it."

The dark drama reunites Tucker with Hudson, his lead actress from his 2018 feature debut, Ashes to Ashes. When she read the script, she was immediately attracted to Jessica as a defensive, sometimes spiky character, whose complications ultimately make her more intriguing. "She's had to be tougher to get through the things she's been through," she said. "She's created this shell, and people who have these walls up aren't always as likable, or as easy to get to know."

What also drew her to Jessica was how she changed over time, and that's one big difference between Nothing But The Blood and most cult horrors. Usually, the outsider who serves as the audience's gateway is lucky to survive a few days with the true believers. Here, the apostate couple spend years never quite able to escape the grasp of Thomas' old church, especially as it starts to sweep up more and more people from Jessica's life. "I'm a fan of stories that develop all of the characters, take their time, and then in the third act they're pushed together," said Tucker. "There's a menace there that I wanted to be in the back of the audience's mind until it explodes."

For Hudson, that slow burn amplifies the quiet menace that casts a shadow over the couple's life. "This cult doesn't just come in and start doing violent things, and scaring people. They come in and slowly start indoctrinating people until the next thing Jessica knows, people who have been in her life for years and years are suddenly on the other team. That has to take place over a long time, and that makes it more insidious."

Yet while the sect's grasp on the couple seems to get ever-stronger and more pervasive, Tucker is optimistic that such abuses of the power of faith will become less and less a factor in American life. "As we progress," he said, "maybe we'll start to move away from this kind of extremism."

Nothing But The Blood