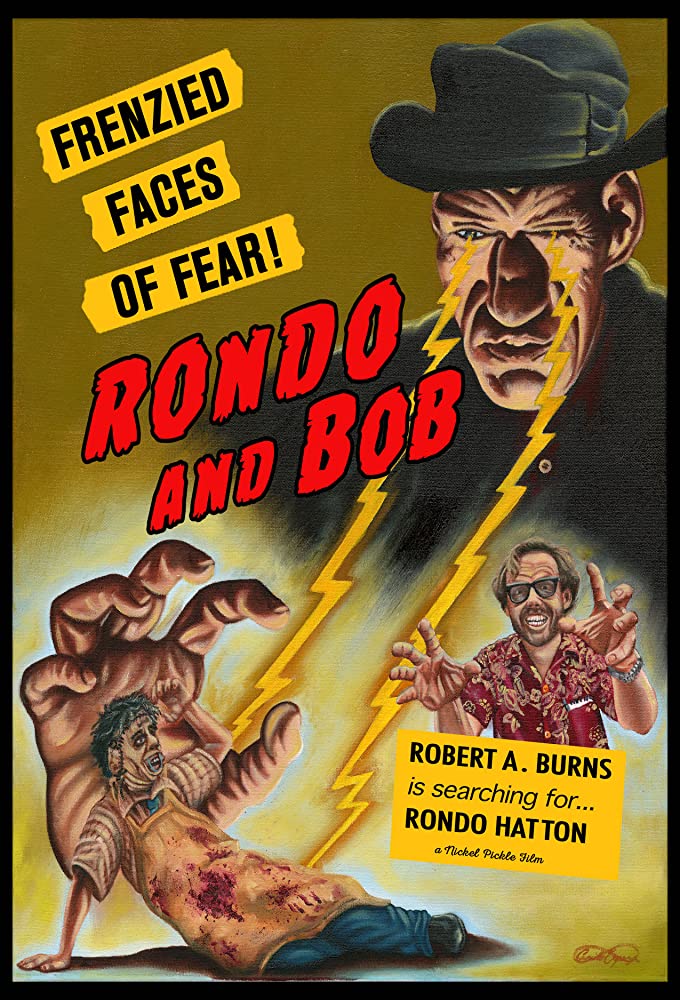 And it's not just any billboard. The poster will appear on the world-famous 77-foot "Godzilla" board on Broadway between 45th and 46th, thanks to Shockfest Film Festival, tonight between 8:30pm and 9:30pm, EST.

Rondo and Bob is O'Connell's biographic documentary about Rondo Hatton, an iconic horror actor whose life was cut short by the acromegaly that had made him so instantly recognizable: but it's also the story Robert A. Burns, the art director behind modern terror classics like The Texas Chain Saw Massacre and Re-Animator, whose fascination with Hatton helped recover his legacy as a performer from B-movie anonymity.

The film was supposed to receive its world premiere as part of MegaCon in Orlando, April 16-19, but like so many festivals it was canceled due to the coronavirus pandemic. O'Connell is still working on a festival debut for later in the year, but tonight his film gets that special Big Apple boost. Tonight, Shockfest is holding Macabre Mansion, a "virtual love story escape room" in Times Square, but before that starts they'll be showing all the finalists for their poster competition on that big screen - including the Rondo and Bob flashback design by Austin artist Camilo Esparza.

O'Connell called the feeling of getting his little film into Times Square "freaking amazing!" He added, "Making an indie film often feels like screaming in a crowded room." With his poster going up in those blazing lights, he added, "The scream is a whole lot louder.""

So if you're in Manhattan tonight, look out - because the Creeper might be towering over you!