Other Worlds Shows Us The Artist Depiction 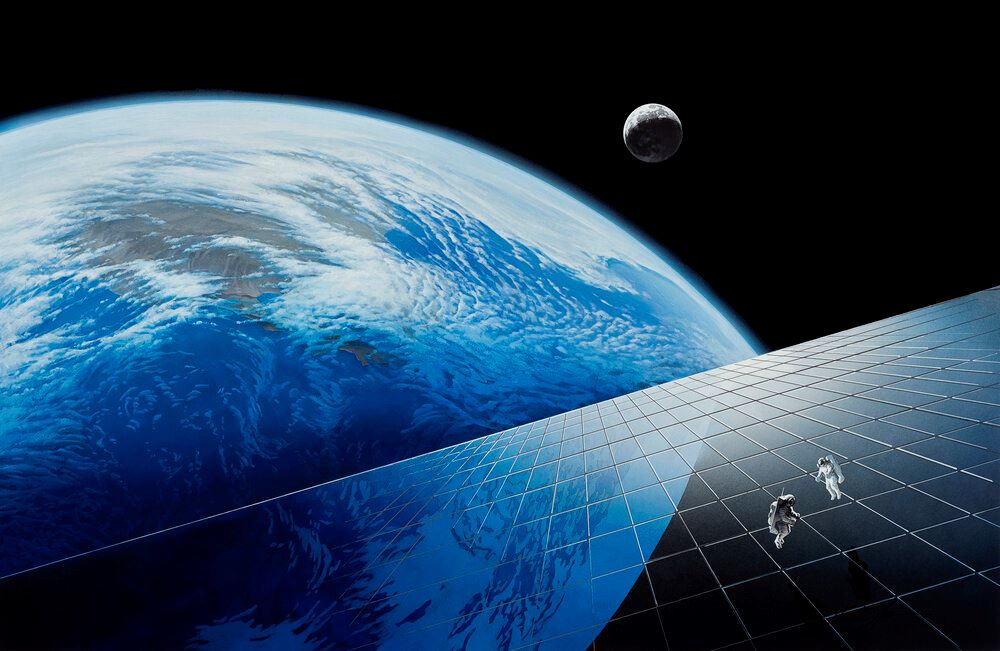 Visions of a maybe future: A work by artist Pamela Lee, one of the artists who used their creativity to explain NASA's quest into space to the world, and one of the subjects of Artist Depiction.

We've all got so used to pictures of Earth from space that, sometimes, it's hard to think of a time when we didn't all know what our little blue marble looked like. That's why, in 1962, NASA hired artists to show us what we could not yet see, and to visually describe a future to which we could strive.

It's a future captured in the remarkable documentary series Artist Depiction, director Brett Ryan Bonowicz's epic journey into NASA's incredible archive - and into the lives and studios of the artists that created these visions.

Bonowicz debuted season 1 at the Other Worlds science fiction film festival in 2018, and this Wednesday, July 1, they'll be hosting a special virtual Q&A for season 2. In the three-episode season, he talks to three of those creatives - Pamela Lee, William K. Hartmann, and Pat Rawlings - and explores the process of bringing science to the canvas.

These were conceptual artists for an adventure into the unknown, trying to bring insight into what science can achieve if directed toward the betterment of humanity. "Some people make Science Fiction purely for entertainment,” said Don Elfant, Other Worlds Director of Marketing. “And some, like the amazing artists Brett feature, make Science Fiction that influence what becomes Science Fact. Brett not only tells stories that deserve to be told, but he does so vividly, powerfully, and beautifully.”

• Head over to www.otherworldsfilmfest.com and sign up to join the Wednesday night Zoom session. The conversation starts at 8pm central.

Other Worlds also has a special offer set up for the equally unmissable season 1: Use the promo code otherworlds to buy the entire season for only $4.99, or you can get a 48 hour rental, using the promo code orbiter, for only $1.99 here.