Review: It's Worth the Trip to Central Park

Apple TV+ sitcom reminds us of the joy of public places 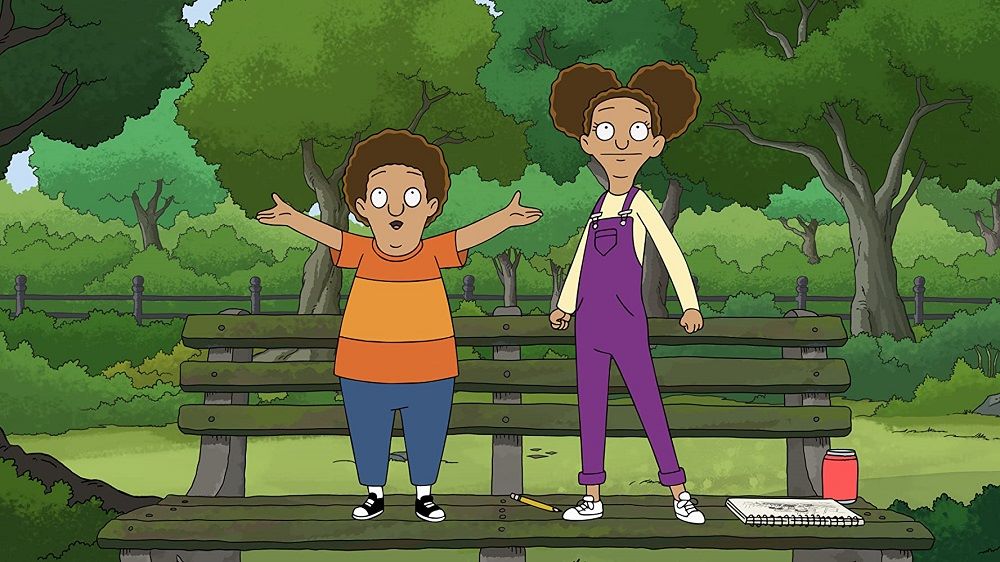 Apple TV+ show Central Park reminds us that shared public spaces are essential, and its message gets stronger every episode

When real-life stressors get too much, sitcoms can provide a breath of air, and animated musical series Central Park excels in that arena. But make no mistake: This isn’t your everyday escapist comedy. Central Park works with the chaos and pain of the world outside, not against it. It’s an ode to free public spaces - the right to have a presence.

Fans of Bob’s Burgers rejoice: Central Park resurrects much of its predecessor’s sense of humor. Bob's creator Loren Bouchard, this time joined by Josh Gad and Nora Smith, gives legitimacy to the most ridiculous of ideas, which comes through most outwardly in Central Park’s villains, billionaire Bitsy Brandenham (Stanley Tucci) and her assistant Helen (Daveed Diggs). Bitsy plots to buy Central Park — all 843 acres of it — from the city of New York with the help of her not-so-trusty sidekick. (Spoiler alert: Helen’s trying to eliminate the competition to be in Bitsy’s will, the competition being Bitsy’s Shih Tzu-poodle.) In Bitsy and Helen, Bouchard’s outlandish humor finds a new political bent. The wackier lengths they go to get what they want, the clearer Central Park’s critique of exuberant wealth becomes.

But of course, the money hungry heroes are balanced by a set of heroes with unlimited sincerity. Birdie (Josh Gad) the busker is the series’ sweet narrator, guiding the Tillerman family through their endeavors to the tune of his violin. Owen (Leslie Odom Jr.) is the dorky and anxious Central Park manager. He isn’t as good with New Yorkers as he is with tulips and trees, but what he lacks in people skills, his wife Paige (Kathryn Hahn) makes up for in moxie. As a journalist, she strives to sniff out the source of the city’s decisions to defund the park, though she gets distracted along the way spilling coffee on herself and learning Polish. Owen and Paige are a delightful mess as they try to save their small corner of the world one graffiti removal and newspaper article at a time, and their charm is only multiplied by their children Cole (Tituss Burgess) and especially Molly (played by Kristen Bell in season 1, though in a move Molly herself would approve, the Central Park team will recast a Black actress in the role for season 2 as the character is mixed race).

When Molly is on screen, if she’s not using her wit and sarcasm to push her family to be more assertive about their dreams, she’s hunched over her sketchbook, imagining herself as a superhero named Fista-Puffs. Even when she’s geeking over a boy she’s barely spoken to, Molly’s drive to be the author of her own story is refreshing. Preventing environmental disasters with the super-strength of her curly hair and the power to rewind time, her romantic fantasies are less about hoping for attention than having someone to better the world with. Her wildest dreams see her protecting New York City from a sewer monster (“Don’t put grease down the drain, people!). She might be the most badass 13-year-old on television.

After making room to fit in hilarious songs about the intricacies of local government and the heavy burdens a narrator bears, the 30-minute bites don’t always develop enough plot to be filling. It may be better suited as an end-of-summer binge once the full season has concluded. Still, Central Park’s short bursts are satisfyingly self-aware. Any time they approach corniness, the characters find ways to laugh at themselves, like when the entire cast sings in unison, “It’s totally healthy how much I care!” And as the show calcifies into a larger narrative, each episode’s call to action feels more rewarding. Birdie and the Tillerman family have courage in the face of bureaucracy and corporate greed. They believe in the power of community care, and see no option but to protect their environment and each other.