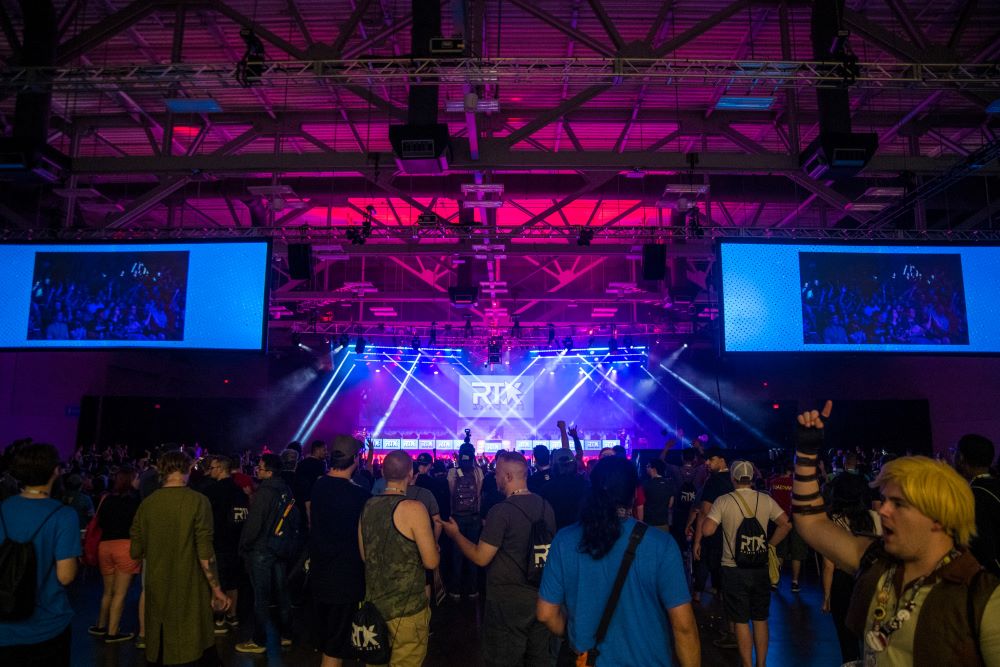 Rooster Teeth, the Austin-based online content leviathan, has announced that it is cancelling its annual expo, RTX, for 2020 and will return in 2021 (Photo by David Brendan Hall)

Joining Austin’s ever-growing list of festivals and events disrupted by the coronavirus outbreak, local production staple Rooster Teeth has officially pulled the plug on the 2020 edition of their annual RTX Austin fan convention.

The popular content creation company, which typically hosts its massively attended gathering in July, had preemptively postponed RTX 2020 in the early weeks of the pandemic and rescheduled for Labor Day weekend. However, citing citywide restrictions on large-scale events, Rooster Teeth organizers announced today that the event simply cannot proceed in any live, in-person iteration this year.

The news, although not entirely unexpected, comes as a disappointment to the legions of fans who convene each year to celebrate all facets of Austin’s sprawling and influential media network. The content behemoth is well-known for producing a broad spectrum of popular online entertainment - including animated series, feature films, video games, and a robust podcast network. The RTX event debuted in 2011 to a few hundred devoted attendees, and has grown significantly over the last decade, regularly drawing tens of thousands of Rooster Teeth enthusiasts to the Austin Convention Center every summer, and last year’s three-day event was estimated to have been attended by nearly 60,000 fans.

As with the startling cancellation of SXSW in March, this year’s RTX is yet another one of many prominent Austin conventions with a global audience that has been forced to abruptly adapt to an unpredictable situation. RTX organizers say that up until this week’s seemingly inevitable conclusion, they had been closely working with city health officials to implement a full-fledged safety plan for the September convention.

In the cancellation announcement emailed to RTX attendees, Rooster Teeth emphasized that it fully supports the health and safety measures advised by the City of Austin, and notes that badge holders may either request a full refund, or defer this year’s badge for the 2021 edition of the event.

Although the 2020 convention was intended to celebrate 10 years of RTX Austin, event organizers encourage fans to stay tuned, as they are already hard at work formulating alternative plans to host a virtual RTX event later this year.

Full details about refunds are available at www.roosterteeth.com.