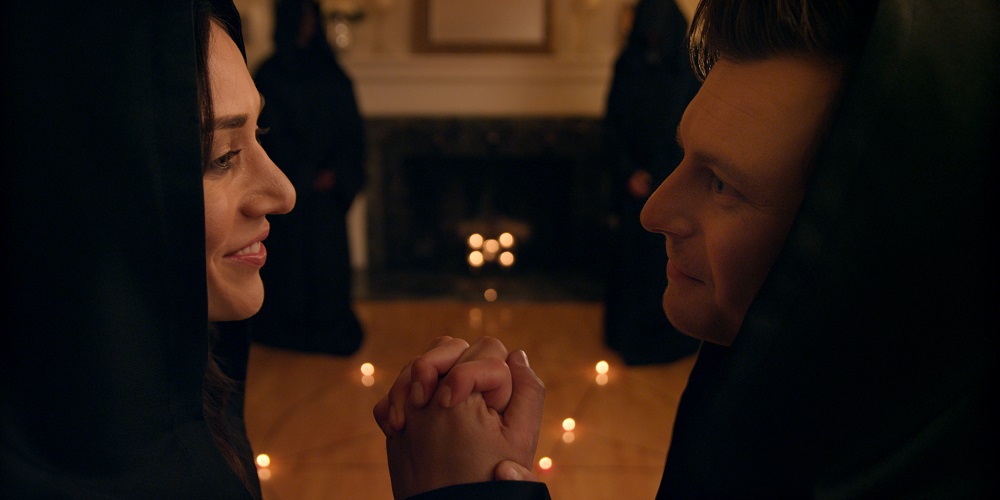 Come watch Scare Package with us! We don't bite!

Welcome to Now Streaming in Austin, highlighting locally made titles to watch while self-quarantining.
Comedy is better with a crowd, horror-comedy doubly so. And since we're all still sensibly staying home, how about we get together online tonight for a live tweet-a-long of Austin-made horror-comedy Scare Package?

Masterminded by Camera Obscura director Aaron B. Koontz (who also directed both the "Horror Hypothesis" section and the wraparound story, "Rad Chad's Horror Emporium"), it's a who's who of Austin and Austin-related talents like "Death Metal" director Chris McInroy (who directed the "One Time In The Woods" segment), the Zombie Girl herself, infant terrible turned-established movie maker Emily Hagins ("Cold Open"), UT alums and twins Courtney and Hillary Andujar ("Girls' Night Out Of Body"), Fantastic Fest veteran Anthony Cousins ("The Night He Came Back Again! Part IV: The Final Kill"), plus Looper star and Fantastic Fest fixture regular Noah Segan (making his directorial debut with "M.I.S.T.E.R."), and Grace and Frankie star Baron Vaughn (another first timer with "So Much To Do.")

We've been following this film since our set visit to the recently-abandoned Brackenridge Hospital back in 2018, right through its Austin premiere last year at the Other Worlds film festival, and then its sneak peak preview last Friday on The Last Drive-In With Joe Bob Briggs.

So, tonight (June 18), the day the Devil's Lake Impaler finally escapes for his bloody rampage, at 8pm Central we'll be popping our rental from Rad Chad's Horror Emporium (well, turning on horror streaming site Shudder) and catching all the gruesome, gooey giggles that have already made this such a festival favorite. Follow Chronicle screens editor Richard Whittaker (@YorkshireTX), and use the hashtags #NowStreamingInAustin and #ScarePackage. Here's the thread, so we'll see you at 8.