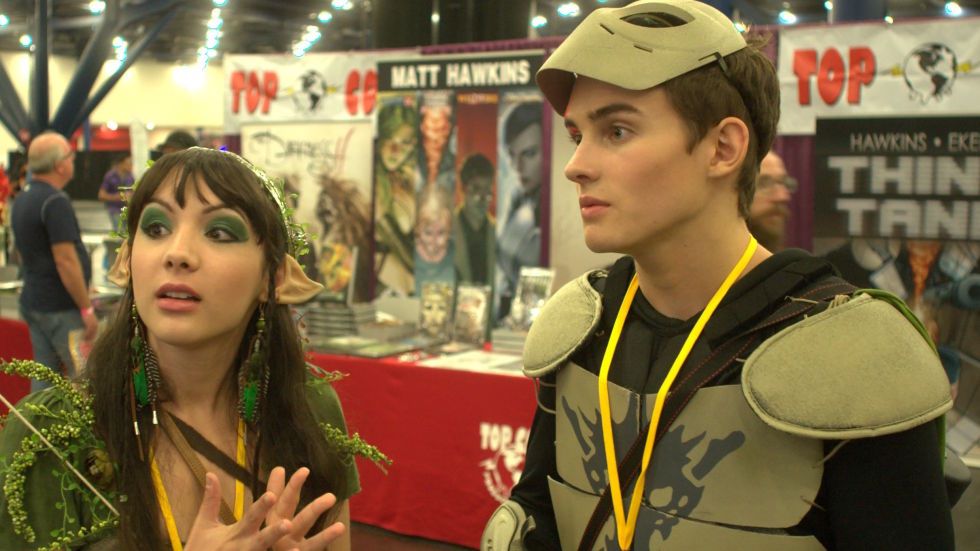 He didn't invent that, but merely observed a truism that had held since printed fanzines would run sexualized spoofs of their favorite shows. It became slash fiction when life went online, and ever since it's been a heyday for any writer who wanted to make Kirk and Spock more than captain and science officer.

That's the history behind Clay Liford's 2016 coming-of-age/sexual awakening/fan fiction fave Slash, about a young queer geek (Michael Johnston) who thinks that his porntastic fan fiction is getting in the way of working out this growing-up thing, only to realize (with the help of Hannah Marks as eye-rolling best friend Julie) that they go hand-in-hand like Tonto and the Lone Ranger.

We've selected Liford's hilarious, biting, and sweet comedy as this week's Austin-made movie for our weekly livetweet. Not only is it a perfect pick for Pride Month, but it's also part of the AFS Cinema's Lone Star Slate, a new series curated by Austin Film Society to highlight Texas-made films. There are many ways to watch Slash online (and we've listed them below) but this way helps support AFS Cinema through the coronavirus shutdown.

Check out our full review here, make sure you read Wayne Alan Brenner's interview with Liford from during its SXSW 2016 premiere, and definitely check out Liford's special introduction, recorded specially for AFS Cinema, down below.