The end of an era has come to pass: Not just in the Austin creative scene, but in the history of streaming content, as Rooster Teeth cofounder Burnie Burns just announced via his Twitter feed that he has left the company that he helped create and turn into an online leviathan. 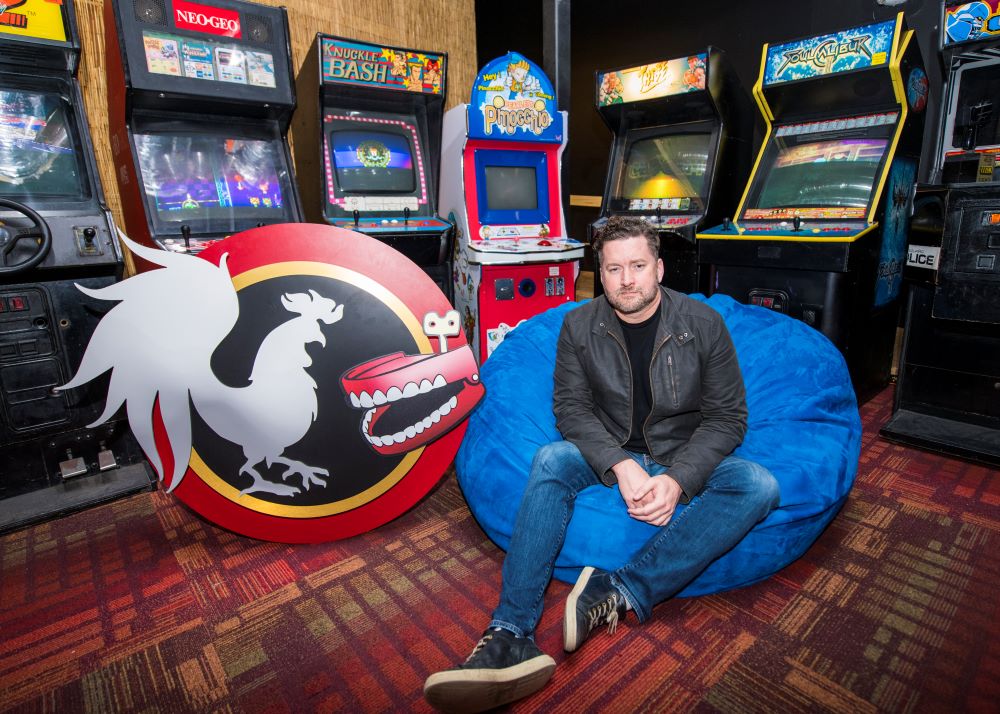 The departure is not altogether surprising. In a statement on his new website, www.burnie.com, Burns explained that it was no secret that he'd been steadily moving out of the public eye over the last two years, as part of a long-term plan to leave the U.S. with his wife, Ashley Jenkins. However, he will continue to be involved in the company, as they are currently working on a first-look deal for his future projects.

In a statement, Rooster Teeth General Manager Jordan Levin said, "All of us at Rooster Teeth are very excited for Burnie and his family’s new adventure. Burnie is a visionary and we look forward to his new ideas continuing to energize this unique company that he and his founding partners built. We are thankful for his continued passion and enthusiasm for Rooster Teeth.”

Cofounded in 2003 by Burns, Matt Hullum, Geoff Ramsey, Jason Saldaña, Gus Sorola, and Joel Heyman, Rooster Teeth went from operating out of a bedroom to become a pioneer in online video, and the biggest production house in Austin. Its broad portfolio of shows include the groundbreaking machinima Red vs. Blue, anime-influenced RWBY and gen:LOCK, as well as lifestyle and gaming podcasts, comedy shorts, live streams, films, and annual festival RTX. In 2014, it was acquired by FullScreen, after which followed a long series of mergers until it ended up in its current position as a subsidiary of Time Warner.

A constant presence in front of and behind the camera (RT is famous for its executives and officer also having a creative and performance role), Burns had become less a part of the public face of the company. Last year, he stepped down as Chief Creative Officer, instead moving into a more less strategic role as an executive producer. He recently made a brief return to the RT Podcast, after stepping down as a regular cast member last September, which in hindsight was a farewell to the massive RT fanbase,.

Here's his exit statement in full:

In the summer of 1990, I packed everything I owned into a beat up old Nissan and set out for Austin to study Biology/PreMed at the University of Texas. Over the next thirty years, I changed majors twice, made some incredible friends, sold the car for two hundred dollars, had a wild dotcom career in telecom, raised three sons and started a small media company in a spare bedroom of my house that blossomed into something beyond my wildest dreams. It is a bit surreal that three decades later, almost to the day, I will be moving out of this city that I may always call “home” to begin a grand new adventure in a life overseas.

And as I set out on this new journey with my family and two cats at my side, that means my time walking the halls here at Rooster Teeth has come to an end. As some of you have predicted over the past year, my steady move away from a public life was in preparation for this change. So I hope this will not come as too much of a surprise. A few months ago, I enjoyed returning to the spotlight for a short podcast run with my old friends, and I would like to be able to continue to explore my creative passions. To that end, Rooster Teeth and I are currently working on a first-look agreement, which will enable me to incubate my own projects and then present them to the company for possible development.

It is difficult to leave my home country during such a tumultuous time. Ashley and I set these plans in motion over two years ago, and we could never have predicted the state of the world at the time we would embark. We believe in the strength and the promise of this nation as much as ever. We look forward to returning to a country that has made many long overdue changes to benefit all of its citizens.

I want to express my deepest gratitude to everyone who supported me in my career at RT, with special thanks to Tony Goncalves who so skillfully leads the Otter family and Jordan Levin, who has RT moving in incredible new directions. Starting this company and growing it in the early years were some of the hardest but greatest moments of my life. The constant camaraderie of Gus, Geoff, and Matt always made the impossible seem achievable; I could not have asked for better companions on this journey. My wife Ashley has been the stable bedrock of my life and I am overjoyed to begin this next chapter of our family's story together.

Thank you to every person who has walked through these doors as a collaborator or tuned in to one of our videos as a viewer or made the choice to become a member of our community. Your support has meant the world to me and I hope that I had even a fraction of the positive impact on your life that you have had on mine. There have been a lot of ups and a few downs over the years, and I have learned so much from all of those experiences. I am eternally grateful that I had the opportunity to do what I love every day — an opportunity that I owe entirely to all of you.

Be nice and work hard.

Read more about Rooster Teeth in our 15th anniversary retrospective, "How Rooster Teeth Became an Online Phenomenon," May 11, 20018.