Ya'Ke Smith focuses on how hard it is to leave prison 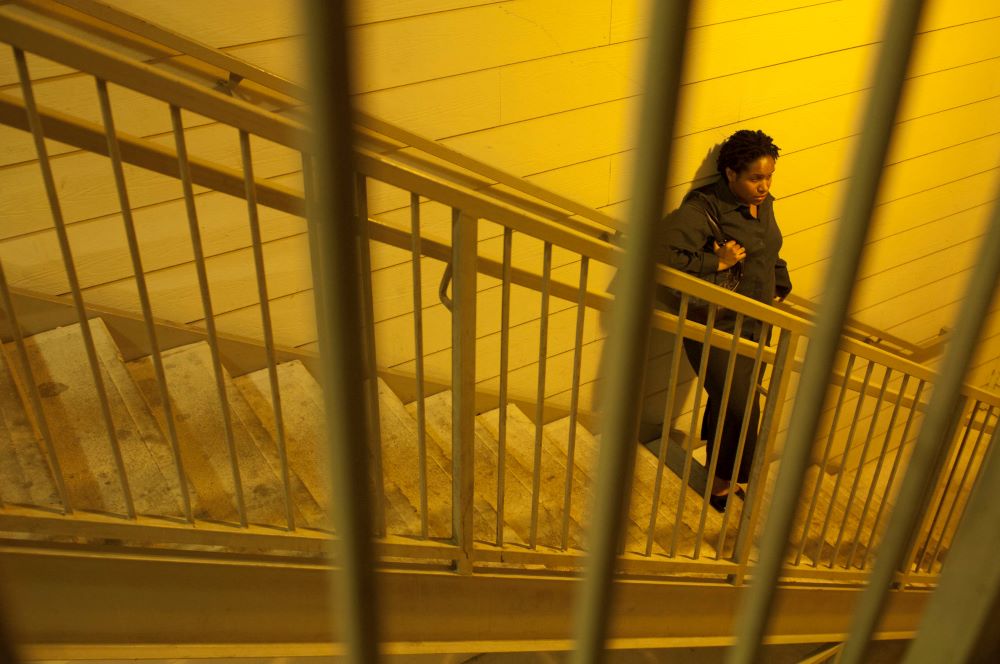 Mikala Gibson as the eponymous center of Ya'Ke Smith's "dawn." about a women struggling to reenter society after prison

Welcome to Now Streaming in Austin, highlighting locally made titles to watch while self-quarantining.
There's a lot of discussion about the school-to-prison pipeline, but it's often forgotten that, once people are out of that pipe, they're just ejected with no support.

That's the lesson in Ya'Ke Smith's 2015 short, "dawn." The titular Dawn (Mikala Gibson, aka Fear the Walking Dead's Doris) is on her first day out of prison and back in her home town of San Antonio. She wants to build a new life, reconnect with her son and mother, get a good job, even go to college, but the institutional issues that face her - as well as the mistrust her old life created in those closest to her - may be just too much to overcome.

Based on watching the experiences of his own sister after she left a penal system that places little emphasis on rehabilitation, and even less on reentry, it's all told with Smith's signature compassion and understanding for those burdened with society's inequities and unfairness.

Those are values he's instilling in future filmmakers. Aside from being one of the most respected Black filmmakers in Texas, Smith is a teacher and leader as well. An Associate Professor at UT Austin's Radio-Television-Film Department, in January he became its first ever Associate Dean for Diversity, Equity, and Inclusion - a hiring lauded at the time, and now more vital than ever.