The awkward and hilarious reality of going nowhere in Austin 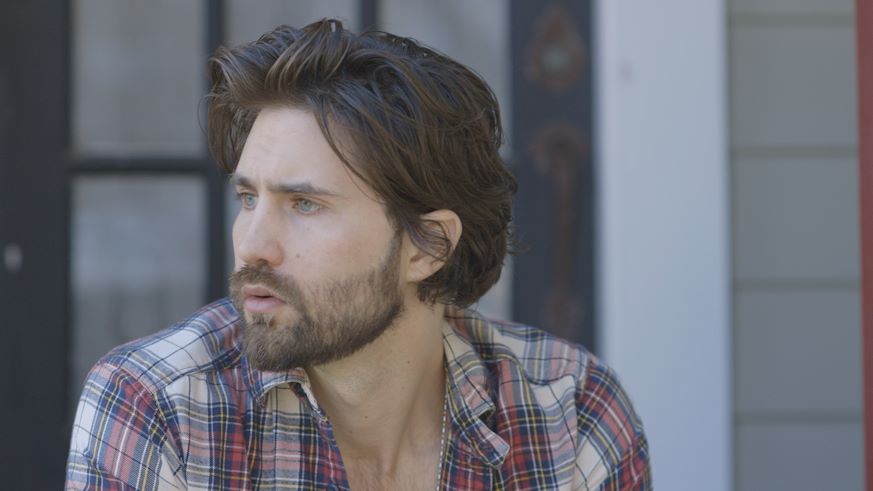 Welcome to Now Streaming in Austin, highlighting locally made titles to watch while self-quarantining.
Austin can be a great town for meeting people, being creative, hanging out - and that's the trap at the bottom of The Golden Rut, the 2016 comedy about the dangers of settling.

Writer/directors and stars the Holden brothers deploy broader comedy for similar ends in The Golden Rut: Josh plays Scottie, a talented actor going nowhere in Austin, while brother Nick is his best friend/Jiminy Cricket, Arlo, who has a lot to scold when Scottie's overly-comfortable life in the middle is thrown into turmoil when his girlfriend Ebby's twin sister Alex (Laura Flannery in a dual role) rolls into town.

When The Golden Rut premiered at Austin Film Festival in 2016, Nick said Ebby "represents someone who is [Scottie's] age, but has her shit together" - something that can definitely not be said about Scottie, who blithely pinwheels between different kinds of not making it. Can he find a sense of direction before the golden rut swallows him whole?

There's a thick strand of autobiography and observation about the Austin scene here The Golden Rut, including a gloriously cringe-inducing scene of Scottie feigning developmental issues to get a part from a Terrence Malick-esque visionary director (scene mainstay character actor Bill Wise). And if it seems a little scathingly accurate amid the jokes, well, that's the point. The Holdens aimed for "a truthful portrait [of] an actor in Austin" - and, as Nick put it, "Sometimes you can speak the truth a little easier with comedy rather than drama."