HBO, Showtime, Hulu, and the Peacock all add shows to the fest 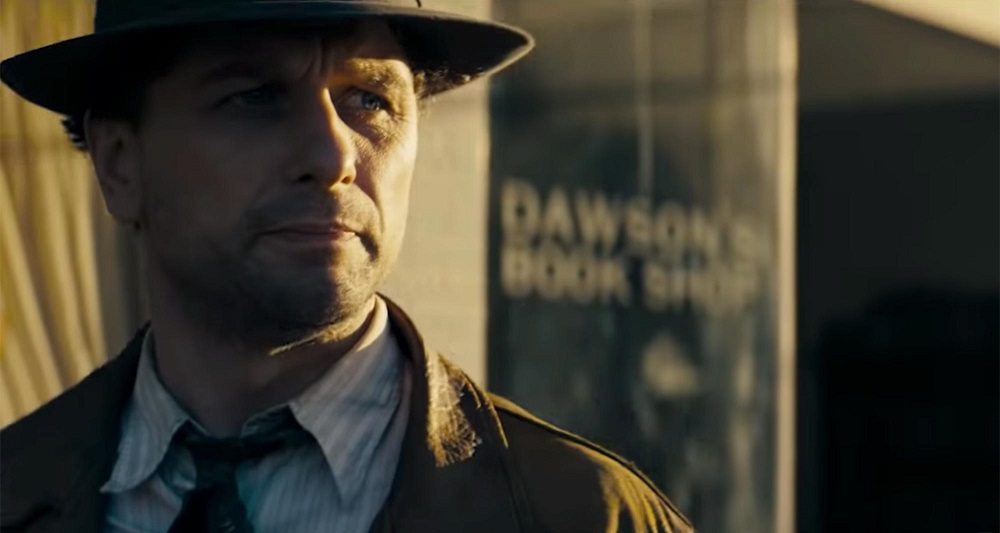 Matthew Rhys as Perry Mason in the new HBO adaptation of the classic courtroom drama novels, coming to ATX Television Festival this June 5-7

You may still be stuck at home, but ATX Television Festival is taking you to the City of Angels. For this year's free virtual fest (June 5-7), they've added the new version of classic courtroom show Perry Mason to the lineup.

Originally created as a series of potboiler novels by attorney Erle Stanley Gardner in 1933, the criminal defense lawyer with unusual tactics and a flexible morality became a household name when Raymond Burr memorably played him for nine seasons and 30 TV movies. Now he's back with a new show from HBO, taking him back to his roots with a tale from 1932 that they're calling the origin of Mason. This new version is executive produced by Robert Downey Jr. (among others), and is lining up to be one of this summer's biggest new shows. No word yet on panel participants, but that still gives you time to brush off your fedora and chill some bathtub gin in the ice box. Participants will be announced soon.

There's a more local connection for Austinites with a conversation about Outcry, the new five-part Showtime series about Greg Kelley, the Leander high school football player who was wrongfully convicted of sexually abusing a minor, and spent six years in jail before being found innocent. Join Emmy award-winning director and executive producer Pat Kondelis for a discussion of the show, and the wider story.

But that's not all that was added to the schedule, as the new streaming platforms HBO Max and NCC's Peacock make sure they get on your screen, all as part of ATX Television Festival's free streaming response to the coronavirus lockdown:

• The return of fan favorite Search Party, with seasons one and two arriving on HBO Max before season three pops up on May 27. Expect a cast-and-crew script reading of the season two finale (and maybe a little more), with stars Alia Shawkat, Meredith Hagner, John Early, John Reynolds and Brandon Micheal Hall, plus series creators and EPs Charles Rogers and Sarah-Violet Bliss.

• A special look at ​the growing world of OneChicago with Chicago Fire showrunner/executive producer ​Derek Haas ​and cast members​Jesse Spencer​ (Chicago Fire) and LaRoyce Hawkins​ (Chicago P.D.), and how the three shows (Fire, P.D., and Med) build up to present a view of the Second City, just before they're added to the new Peacock streaming service in July.

• We're sensing another reunion: Yup, it's Psych, and creator Steve Franks and the cast will reach out across the void (well, the internet) to discuss the cult comedy and their new special, Psych 2: Lassie Come Home, arriving on Peacock July 15.

• The return of One Day at a Time: The show had a retrospective at ATX 2019, when it was canceled after three seasons by Netflix, but now showrunner/executive producer/director/actor Gloria Calderón Kellett are here to celebrate the move to PopTV for season 4, with a special preview of their new upcoming animated special, “The Politics Episode,” airing June 16.

This is all on top of the already announced lineup that includes reunions for Scrubs and Cougar Town, plus panels for Nancy Drew and New Amsterdam.

ATX TV ... From the Couch runs June 5-7. RSVP for free for all events via Eventbrite here. More details at www.atxfestival.com.