Director Jeff Fowler on the Enduring Success of Sonic the Hedgehog

How the blue hedgehog became more than just a spiky speedster 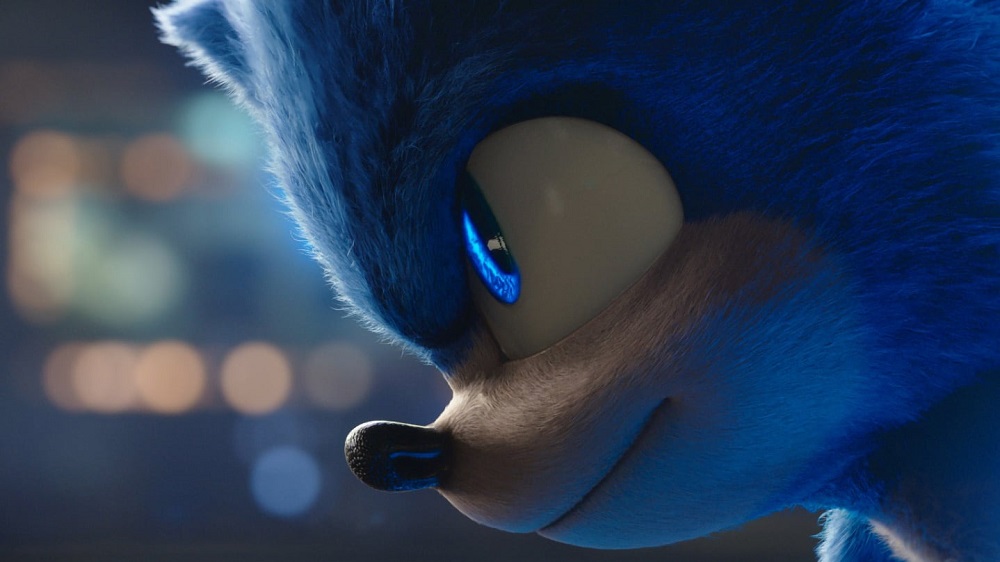 "He's definitely such a memorable character, a little blue spiky hedgehog with the red shoes - the design is very memorable [and] they gave him this very unexpected cockiness and attitude and confidence." Director Jeff Fowler on the enduring appeal of Sonic the Hedgehog

In Jeff Fowler's 2004 Oscar-nominated short "Gopher Broke," the titular protagonist pinwheels in slow motion through the air. 15 years later, directing the blockbuster adaptation of Sonic the Hedgehog, he set the whole world on reduced speed. Fortunately, Fowler said, "There's always a way to put a fun or fresh spin on it."

Sonic, which arrives on Blu-ray this week, has the rare distinction of being one of the best-reviewed and commercially succesful video game adaptations of all time. Coming on the heels of Detective Pikachu, it seemed that it was going to have a little easier time than, say, the rightly lambasted Super Mario Bros or the horrible Doom movie (and the less said about House of the Dead, the better.

Yet Sonic was kind of ... if not a dead franchise, then seemingly incapable of getting out of the starting blocks. The original run of titles for the Sega Genesis were gamechangers, but it lost its sheen in the 2000s, and there had not been a new game since the critically lauded and loved 2017 Sonic Mania. Fowler's film reignited that Sonic boom, taking the title back to the simple joy of watching a really enthusiastic and speedy hedgehog (voiced by Ben Schwartz) take on the evil Doctor Robotnik (Jim carrey), assisted by an understandably baffled small town sheriff (James Marsden).

Austin Chronicle: Sonic has remained instantly recognizable, even if the games have come and gone. Why do you think he's been so durable?

Jeff Fowler: I think it's two things. He's definitely such a memorable character, a little blue spiky hedgehog with the red shoes - the design is very memorable. But also from a personality stand point. They gave him this very unexpected cockiness and attitude and confidence, which I also think is really appealing. That was what was unique about the character, going back to 1991 when he first came onto the scene, and it's really what helped him endure. We had not seen that in video game characters at the time, and somehow that struck a chord and helped him stand the test of time.

JF: I think you just have to forget the fact that it's based on a video game. Obviously you want fans to be supportive of it and love it, but if someone came into a theater and had no idea who Sonic the Hedgehog was, never played any of the games, would they be entertained by this film? Would they be able to enjoy it? I think that's a good starting point, to find that balance: Do enough for the fans to reward them for all their years of support and enthusiasm, but it just needs to be a movie. It can't be too inside baseball for people who are not familiar with the character to enjoy.

If you go too far one way or the other, it can fall apart. It's maybe what's happened historically, where a video game movie will try to do too much in the way of fan service, or too little - that would also have a negative effect. To toe the line between the two is the real trick.

AC: And to play it straight. To take it head on, rather than be referential. You have the rings, but you explain why you have them. At the same time, you have Robotnik, but he's not drenched with mythology.

JF: You don't want to hit the audience with too much stuff. Speaking to the point of the uninitiated audience, you don't want to inundate them with so much information or so much back story or so much seemingly non-sequitur details about the characters that it just becomes too much and they just tune out. They're just lost. You have to pare it down and simplify it to the core elements.

Robotnik is the perfect example. I don't think we needed to present everything about him in one movie. It's fun to see characters evolve and develop into the ones that you know and love from the game. With Robotnik, it was a very clear case that we're meeting him as the straight government guy, all be it a little whacko, and you can see him spiral into madness a little bit. By the end of the movie, he's definitely on the way to becoming the Robotnik that people are most familiar with.

AC: You definitely leave the world open at the end. "By the end of the movie, he's definitely on the way to becoming the Robotnik that people are most familiar with." Jeff Fowler on Jim Carrey as everyone's favorite (not yet bald or egg-obsessed) hedgehog-hunting maniac, Doctor Robotnik.

AC: This has been seen as a return for Jim Carrey to the lighter comedy that he made his reputation with, as he's more commonly seen as handling more serious material. How did you approach him about returning to the kind of film he really hasn't made in 20-plus years?

JF: He definitely understood what this was. From the very first conversation it was, "This is a family film, we've got some really great themes that we think are going to be very relatable to kids," and he got it. He knew this wasn't going to be a dark and brooding version of the character. He wanted in on the fun too, and the imagery that we had shared with him in terms of some of the concept art and story boards, he got it instantly, and you could tell. You could see the little twinkle in his eye, that he was excited by the possibilities of playing this crazy guy with an IQ of 300.

AC: From a practical, directing viewpoint, he comes from such an improvisational background, but you're doing some really elaborate scenes like the sequence in the truck when he's on the VR treadmill. How do you structure shooting a scene like that when you're working with an actor for whom the freeform is so important?

JF: It's always just a conversation. In that example, with the gag of him and the holosphere, and the T-Rex, and him skiing down the mountain, those are actually not in the script. Those are things that Jim pitched, and we could turn around and create the visuals for. So it's a little bit of a chicken-and-and-egg thing, where Jim will have an idea, and we'll go, "Great!" and make these great visual effects to support it.

But in other scenes, like the chase with the rings around the world, those are sequences that are very much CG. But Jim was very understanding and respectful when I would show him our storyboards or our previz for that, and he would get it. He would understand that we had to color within the lines, but when there was an opportunity to open it up a little bit, and do a bit more work improvisationally, then that was great. A perfect example of that is the Robotnik and [Agent Stone, played by Lee Majdoub] relationship. Jim and Lee, they were just able to come up with some funny ways to interact, just to give it something unexpected, and it really took on a life of its own.

Sonic the Hedgehog is available on Blu-ray now. Read our full review here.