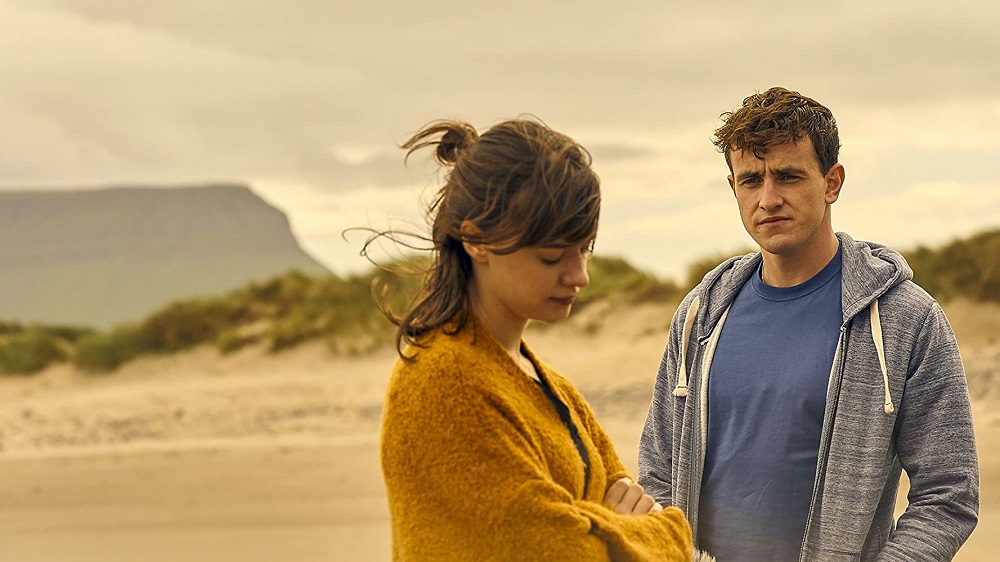 From small-town Ireland emerges a tale of quintessential young lovers: bleeding empathy while deeply self-protective, unsure of their needs but spirited regardless. Hulu's Normal People is a frustratingly authentic coming-of-age story - although sometimes, the emphasis falls on frustrating.

In the 12-episode miniseries, adapted from Sally Rooney’s bestselling novel of the same title, Daisy Edgar-Jones and Paul Mescal give shining performances as Marianne Sheridan and Connell Waldron, two Irish highschoolers making their way to college and adulthood. The events of the plot are as ordinary as the title suggests, depending on little details like Mescal’s measured breaths and Edgar’s avoidant gaze to bring urgency to each scene.

Normal People deftly tackles high school social status, then stark class disparities, then domestic violence. Marianne and Connell build (then break off, then rebuild) a romance in context of their differences, not in spite of them. Connell's working class background contrasts Marianne’s wealth, as does his happy home life with Marianne’s abusive family history. But with careful dialogue and cinematography to match, the couple’s heightened sensitivity to each other just adds to their chemistry.

The production team includes Ita O’Brien as Intimacy Coach, who directed the on-screen believability and off-screen ethics of the sex scenes. Unsurprisingly, as O’Brien also coordinated intimacy in Netflix’s hit series Sex Education, her work pays off here. Sex in Normal People is unlike anything on TV in recent memory. Time in bed begins and ends, unlike impersonal and all-too-common sex montages that fail to communicate what intimacy really means to each character.

Instead of just creating interludes between the “real” conversations, intimate shots between Marianne and Connell happen in character. They ask earnest questions and set awkward boundaries. They express pleasure and discomfort without under- or over-exaggeration. Their eyelines, as well as what the camera chooses to include or conceal, communicate what insecurities they’re holding onto and what growth they have made.

But starting around episode seven, that growth doesn’t always extend outside of the bedroom, specifically for Marianne. The writing in the latter half of Normal People abandons her, relying on Edgar-Jones’ acting chops to keep the character compelling. At the end of episode six, the pair have an anticlimactic breakup, both thinking the other suggested seeing other people. The miscommunication reads as forced — especially since the episode begins with Marianne finally putting aside her timidity to be frank and clear with Connell about her need for public affection.

Twice before getting back together with Connell, Marianne enters doomed relationships, becoming overshadowed by insensitive boyfriends. Both times, Connell convinces her she deserves better and she leaves, but the cycle repeats. It’s clear that Normal People is trying to think through how childhood trauma might affect adult relationships — but the script fails to help her find her own agency. Marianne never pinpoints that she can’t let people treat her however they want, and her happiness seems contingent on Connell’s kindness. Connell, on the other hand, learns to believe in himself because of Marianne’s compassion. When he ultimately decides to leave Ireland and pursue creative writing, Marianne’s lack of a larger arc leaves her underwritten in comparison.

The finale still manages to be moving in its understanding that not every happy couple lasts forever. Marianne gently reminds Connell: “We have done so much good for one another.” They have. “And we’ll be okay,” she finishes.

The tender final shot tries to make that true, as the two sip tea and sit huddled together on the floor. It isn’t hard to imagine that Connell will go on to thrive in New York, having deepened his self awareness through writing and therapy. But without any confirmation that Marianne has found joy outside of romantic love, Normal People’s final moments feel empty.