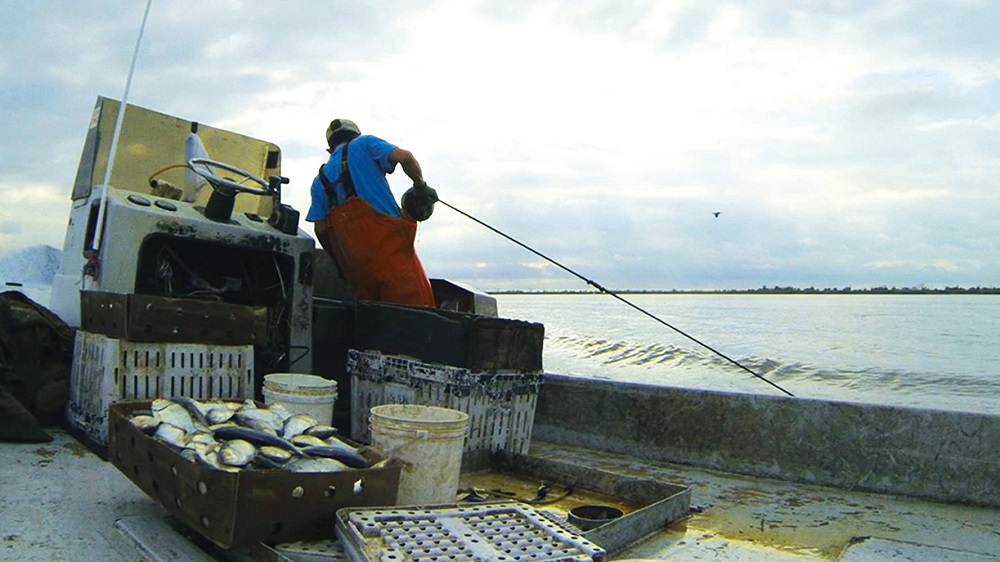 Welcome to Now Streaming in Austin, highlighting locally made titles to watch while self-quarantining.
What's the third most commonly spoken language in Texas? The fact that you probably don't know speaks to the state's reality, and is key to understanding a terrible crime explored in Tim Tsai's Seadrfift.

The answer to that question, if you didn't know, is Vietnamese, but the fact that isn't on the tip of everyone's tongue speaks to who Texas - and, indeed, much of America - ignores the Asian migrant experience, and too often the very existence of Asian-Americans.

Tsai is a mainstay of Austin's film community: A graduate of UT Austin and executive director of the Austin Asian American Film Festival, his earlier work includes Austin Revealed: Pioneers From the East, a series for Austin PBS affiliate KLRU exploring how Asian families have become a vital part of the community. Now his feature has arrived on PBS, as part of their Reel South strand, for free through June 3 at PBS.org.

His 2019 documentary would be a fascinating study of the stories of Vietnamese migrants to coastal Texas if that was all it was about. Many people fleeing the incoming North Vietnamese Army simply grabbed a boat and headed to sea, finally being rescued by the U.S. Navy, brought to America, and then scattered across the nation. Some found themselves in tiny Seadrift, Texas, a fishing town on San Antonio Bay, working in a crab plant. Some locals welcomed them: but others resented what they saw as new residents being handed opportunities they were denied. Racial tensions rose, but so to do friction over some Vietnamese boats would break the rules, both written and unwritten, about how to fish in a shared bay. All of this, of course, against the background of the Vietnam war.

But the tale of racial animus and integration turned violent in 1979 with the killing of Billy Joe Aplin, a boat captain in a feud with another fisherman, Sau Van Nguyen. What followed ripped a community already under tension apart, an all-too-common American story. Yet Seadrift doesn't paint a simplistic picture, instead filling in all the details about how small towns, especially hard-scrabble fishing communities, truly function, fight, and ultimately heal.

Read our 2019 interview with Tsai, "Seadrift Tells the Forgotten History of Vietnamese Americans in a Texas Town," and watch the whole film online.