Now Streaming in Austin: The Prequels Strike Back: A Fan's Journey

Watch this Austin-made Star Wars documentary, you must 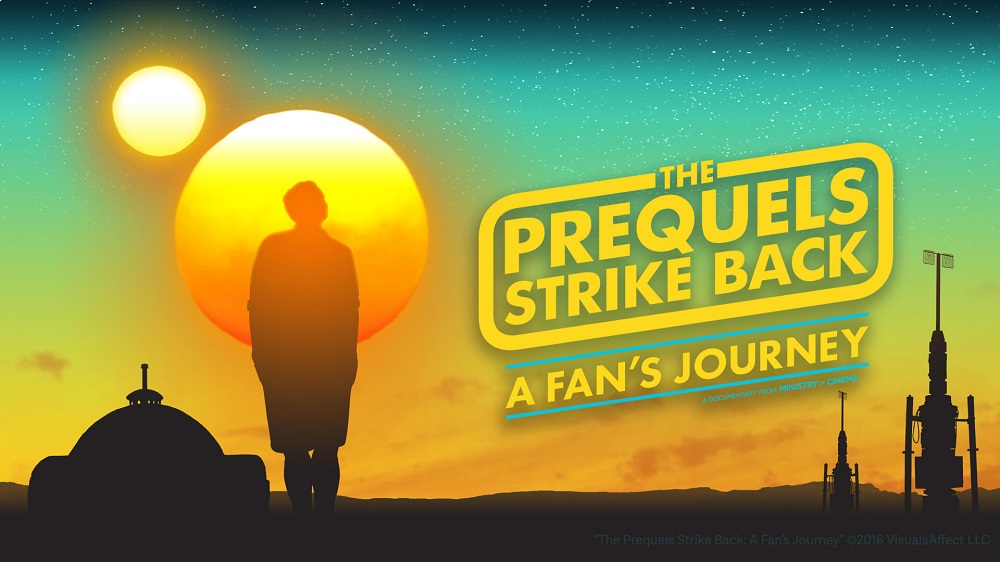 Welcome to Now Streaming in Austin, highlighting locally made titles to watch while self-quarantining.
The most boring wing of Star Wars fandom is made up of people who performatively hate the prequels. They don't just dislike the films, but the posturing, the dismissiveness is where they cross a line.

What they forget is that there is a generation of kids for whom the prequels are their films: The haters, as Clerks creator Kevin Smith puts it, "are just the loudest voice in the room."

But they're not the only voices in the room, and Austin-made Star Wars documentary The Prequels Strike Back: A Fan's Journey gives the platform to those that don't simply like The Phantom Menace, Attack of the Clones, and Revenge of the Sith, but find depth and nuance in them. As director Bradley Weatherholt puts it, when it comes to the prequels, "Some people dismiss them, some people despise them, and some people staunchly defend them. Point is, everyone has an opinion."

This isn't a glossy, studio-backed production like The Director and the Jedi (seriously, most of the production costs went on travel for interviews - check this budget breakdown video for details). However, this Indiegogo-funded documentary from the Austin-based Ministry of Cinema collective doesn't just scrape the surface of the prequels debate, but explores deeper questions about very deliberate artistic and storytelling choices, recurrent themes, and most importantly the Ring Theory, Mike Klimo's exploration of how the prequels and original trilogy fit together to tell a greater, deliberate whole through mirroring and repetition.

It's a huge topic (The filmmakers even had to go back to re-examined some issues with a follow-up series, The Prequels Strike Back ... Strike Back) but A Fan's Journey is both a reaffirmation for fans of the prequels that they are not alone, and an opportunity for anyone who doesn't like them to understand what those that love them appreciate about George Lucas' grand narrative statement.

The documentary isn't about simply defending the prequels, but about reassessing them, and examining the themes that viewers may have missed just because they were too busy being mad about Jar-Jar Binks. In an interview with the Chronicle, Weatherholt explained that "I like Star Wars, but I'm not a Star Wars guy," which is why he wanted to tackle this contentious part of movie history. "It's really important to be able to be interested in something without attaching any part of yourself to it."

So with The Rise of Skywalker arriving on Disney+ today, and the nine-film saga now complete (if more controversial than ever), maybe today is the day to unlearn what you have learned, and look at the prequels from a certain point of view.

The Prequels Strike Back: A Fan's Journey