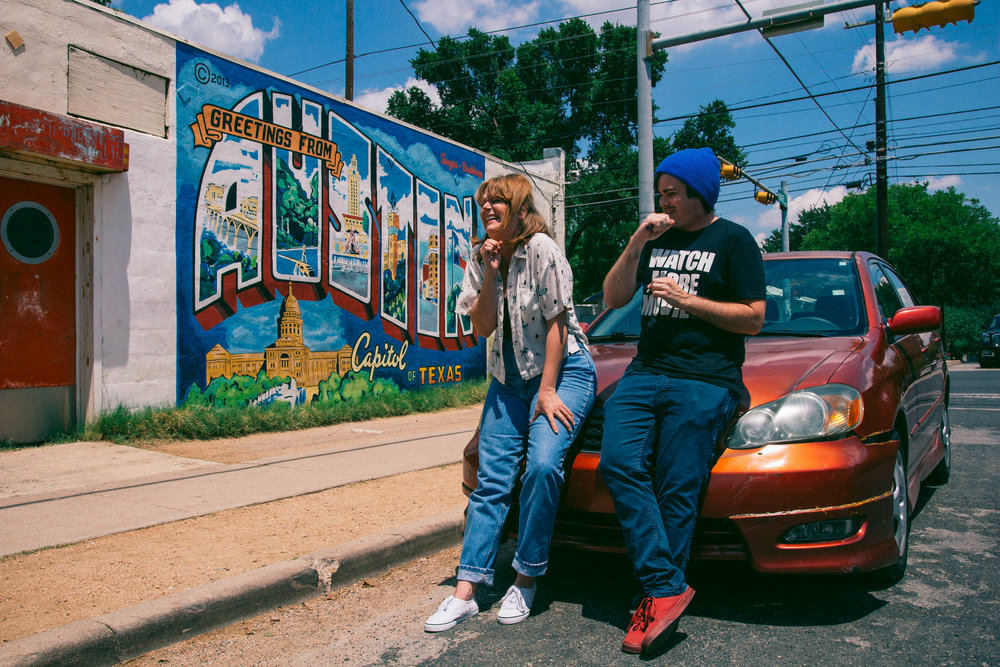 Wanna watch an Austin-made stoner comedy ... for free? ColdTowne Theatre is giving you a chance to see Good Feels on Wheels gratis this Saturday.

Welcome to Now Streaming in Austin, highlighting locally made titles to watch while self-quarantining.
Well, we promised you some big news about Austin filmmaker Ronald Short's Good Feels on Wheels, and like the protagonists of his road trip stoner rom-com, we deliver.

We mentioned the movie this week when we recommended director and star Ronald Short's web series Weekend Plans as another Now Streaming in Austin pick, but this is an Austin film we'd recommend anyway.

A favorite on the local festival scene, picking up awards at the Lone Star Film Festival, Hill Country Film Festival, and Indy Film Fest, Good Feels on Wheels is a roundabout journey around Austin in chapters. Opal (Stephanie Thoreson, The Bob Zula, upcoming horror anthology Scare Package), a San Franciscan on a weird romantic mission to Austin, ends up spending the day driving around Austin with Wyatt (Short). His job is a little unconventional: He's a delivery driver for a local dealer (or, as Opal put its, a mule), and so he has time to show her around his town. Or rather, adopted town, since as everyone will recognize, no one is really from here. But can his weed delivery run result in a budding romance? Budding romance. Get it?

OK, so the film is much, much funnier and sweeter than that. With memorable performances from some of the ATX's most recognizable players, including Zero Charisma's Sam Eidson, A Room Full of Nothing director Elena Weinberg, Short's Weekend Plans co-star Nathan Minger, and Everybody Wants Some!!'s Temple Baker as annoying streamer/possible racist RickleberryPie420, this is pure, smooth Austin.

And the best part is that you can watch it for free. Tomorrow, May 2, Short and Austin's improv experts ColdTowne Theater are offering the whole film for free, to stream, all day (check out the link below).

What makes this even more special is that, at 7pm Central on Saturday, the film will also stream via Twitch feed, followed by a Q&A with Short and Thoreson moderated by filmmaker, Weird City festival organizer, and Austin Mic Exchange founder Adam Protextor. Want even more? How's about the team live-tweeting the film on Twitter over at @SPIProductions – follow along using the hashtag #GoodFeelsAtHome.

All this good stuff for free is pretty amazing, right? But if you feel like giving something back, now's the perfect time to help the good people over at ColdTowne. The theater is closed to in-person performances and classes at the moment, but you can still get gift cards and merch - or if you're feeling particularly generous, you can even just make a donation. Find all the details at www.coldtownetheater.com/supportaustincomedy.