Now Streaming in Austin: The Best Little Whorehouse in Texas 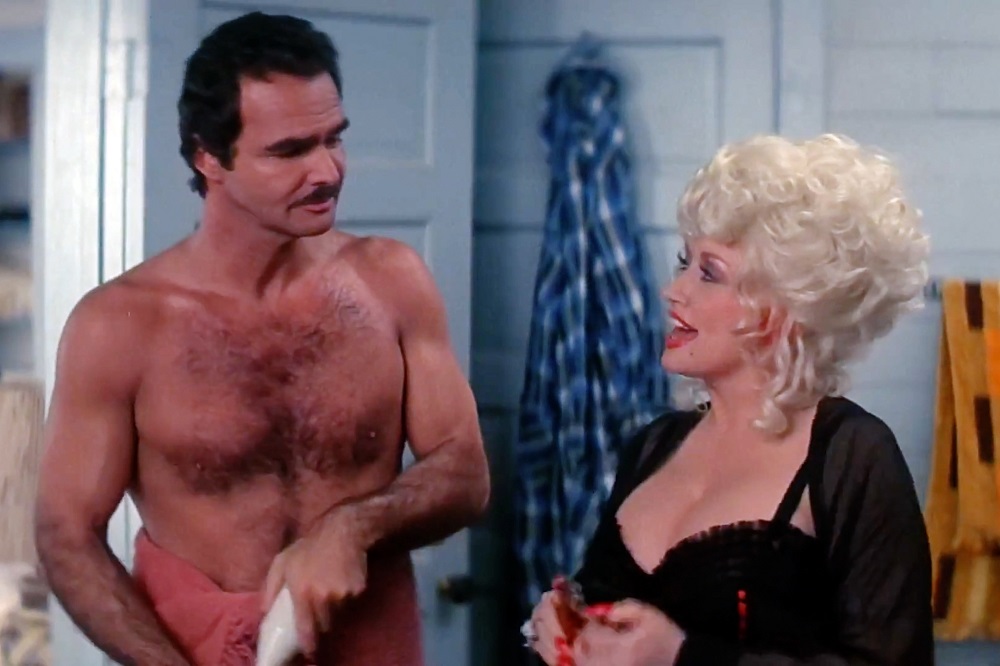 One of the all-time great American sex comedies – and Burt Reynolds' greatest singing performance – it was a smash hit in 1982, the film that knocked E.T. off the number one slot at the box office, and finished out the year in the annual top 10, with $69 million. Officially, nice.

Adapted from the 1978 Broadway smash of the same name, the movie was inspired by the infamous and long-lasting Chicken Ranch in La Grange, which became a cause célèbre when the locals opposed all efforts by the attorney general to have their favorite brothel closed.

Whorehouse stands as quite possibly the most critically lauded and award-season-recognized film made in Austin before the indie explosion of the 1990s. Parton picked up a Golden Globe nomination for her glorious performance as Miss Mona Stangley, owner of Gilbert, Tex.'s notorious house of ill-repute, the Chicken Ranch (the film also picked up a Golden Globe nomination for Best Motion Picture – Comedy or Musical), while Charles Durning scored a full-blown Oscar nomination for his role as the governor of Texas.

So, since it's Thursday, and Thursdays around here are live-tweet nights, we'll be firing up this Lone Star classic at 8pm, and we'd love you to watch along with us. Follow Screens editor Richard Whittaker on his Twitter account (@YorkshireTX), and follow the hashtag #NowStreamingInAustin. Don't be late, y'all!

The Best Little Whorehouse in Texas