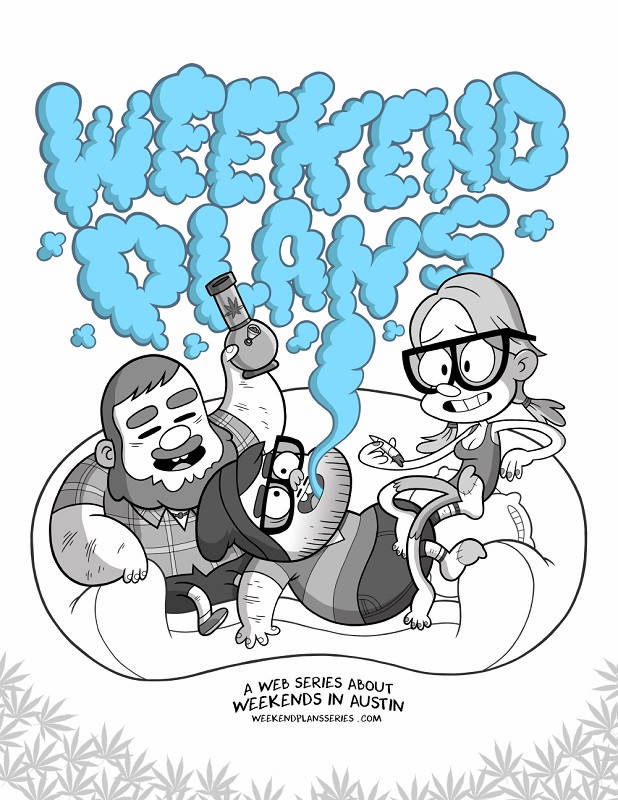 Welcome to Now Streaming in Austin, highlighting locally made titles to watch while self-quarantining.
Remember back when there was such a thing as different days, and the weekend was, you know, a thing? Well, Austin-made web series Weekend Plans will remind you of wasting Saturday and Sunday.

In between Austin filmmaker Ronald Short making his 2012 feature debut, Billi & Theodore, and his second full-length movie, 2018's Good Feels on Wheels, he created this web series about doing not much in the ATX. It's the mis-/non-adventures of married couple Lisa (Bloom Wilde) and Linus (Short), and their stoner roommate Jon (Nathan Meeker) – although, to be fair, Lisa and Linus can be pretty baked most of the time.

The series is a greatest hits of housesharing in Austin that will ring bells for anyone who had to cue up for the bathroom or argue about whose turn it is to take out the trash: intrusive landlords, sharing HBO passwords, barbecue, getting high, poop, being obsessed with Friends, running out of weed before a Futurama marathon, and hanging out when there's nothing more to do. There's also a disturbingly prescient episode about realizing that the people you live with don't wash their hands enough. Eerie, right?

You can catch the entire series on Tumblr, or head over to Vimeo to see more of Short's shorts – and look out for a special announcement about Good Feels on Wheels this Friday. Which, you may remember, is not the weekend.