Abbott Says Cinemas Can Reopen. Cinemas Say "No, Thanks." 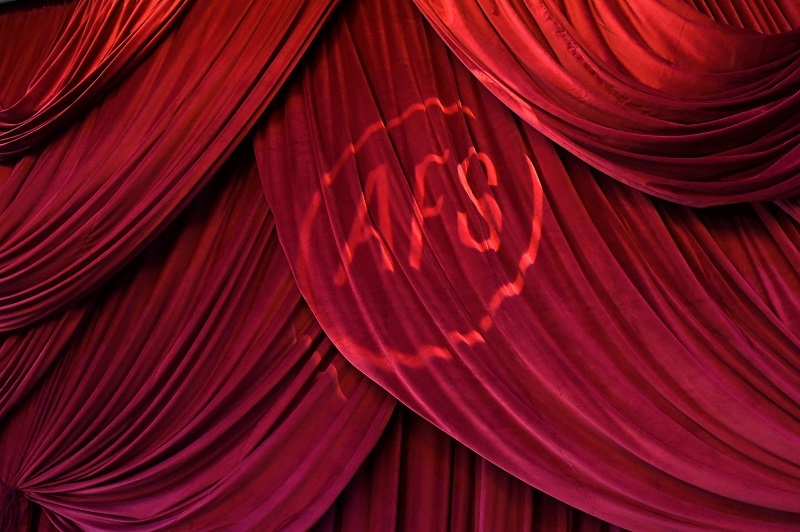 AFS Cinema and Alamo Drafthouse both confirm that, despite Gov. Greg Abbott's rule changes for cinemas in the coronavirus pandemic, their screens will remain dark for the foreseeable future (Photo by John Anderson)

Gov. Greg Abbott's decision today to let Texas' statewide shelter-in-place mandate expire on Friday, and allow a list of businesses that include cinemas to reopen at 25% capacity, may play well with his base. However, do not expect theatres to be firing up projectors any time soon.

In Austin, the first theatre to respond was AFS Cinema. In a statement, the management of the two-screen theatre (run by Austin Film Society) said that they were "shocked" by the decision to reopen, even at 25% capacity, and that the cinema will remain closed for the foreseeable future.

"The fractured federal response to Covid-19 left cities and local governments grappling with limited information and resources as the virus rapidly spread right under our noses. Texas is the state with the fewest number of tests issued per capita, Travis County Covid-19 cases are on the rise, and experts from around the world are warning about the dangers of reopening too early. We are shocked at the decision of the governor to declare it safe to open movie theaters, even at 25% capacity. The AFS Cinema will remain closed until further notice as we do our part to prevent the spread of this deadly virus."

Alamo Drafthouse quickly followed with their own statement that none of their locations – neither the six in the Austin area, or the other 19 around the state, will be opening any time soon.

"Opening safely is a very complex project that involves countless new procedures and equipment, all of which require extensive training. This is something we cannot and will not do casually or quickly. We will not be opening this weekend. But know this, when we do open, we will be providing the safest possible experience for both our staff and our guests and we can’t wait to see you all again!"

UPDATE: Violet Crown Cinema has also confirmed that it will be staying closed for the foreseeable future:

The safety of our customers and staff remains our top priority. With that in mind, we will not open our cinemas on May 1 and do not have a confirmed re-open date at this time. We will continue to monitor the situation closely and look forward to when we can safely welcome people through our doors again in the near future.

All three cinemas remain committed to the virtual cinema initiative, whereby customers can buy "virtual tickets" through a theatre for a VOD rental, and the cinema and distributor split the revenue as they would a regular ticket.

However, the announcement looks to ensure the opening of Austin's drive-in theatre, the Blue Starlite Mini Urban Drive-In at Mueller. Owner Josh Frank has already reopened his new site in Round Rock (read more about that in this week's issue, on stands this Thursday), and had hoped to reopen when the City of Austin's shelter-in-place ordinance expires on May 8. However, this announcement moves that timeline up, even though the theatre will operate by the strict no-contact rules that have been in place in Round Rock. Via email, Frank confirmed that the Austin site will reopen four days earlier than planned, on May 4.

Yet drive-ins seems to be the exception rather than the rule. There is no sign that any national chain will budge on the closures: even last week, when several Republican governors (including Abbott) seemed set on reopening public spaces and lifting restrictions on private businesses, AMC Theaters said there were no plans to reopen until there are new Hollywood films.

Considering the slates are completely empty until Christopher Nolan's Tenet on July 17, and Universal Pictures this morning pulled the Judd Apatow-directed Pete Davidson vehicle The King of Staten Island from a June 12 theatrical release, instead sending the bio-comedy to VOD, that means the chain is at least two months from even considering reopening.

Moreover, most cinemas could not reopen Friday, even if they wanted to do so. In a statement issued last week, cinema trade body the National Association of Theatre Owners made it clear that, while cinemas are local institutions, "the movie theater industry is also a national one. ... Until the majority of markets in the U.S. are open, and major markets in particular, new wide release movies are unlikely to be available. As a result, some theaters in some areas that are authorized to open may be able economically to reopen with repertory product; however, many theaters will not be able to feasibly open."